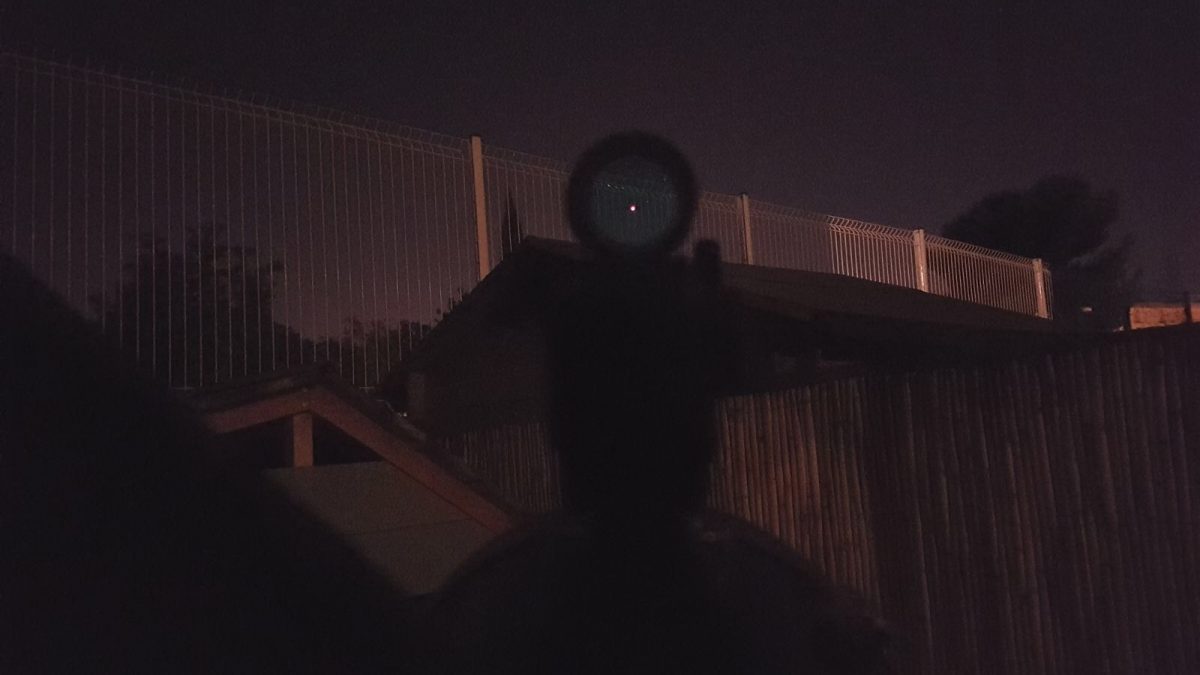 One of the biggest challenges in popular astronomy is finding specific objects in the night sky. Most nebulae, galaxies, and asteroids are invisible to the naked eye, and locating them in the immense vastness of space has frustrated people for centuries. 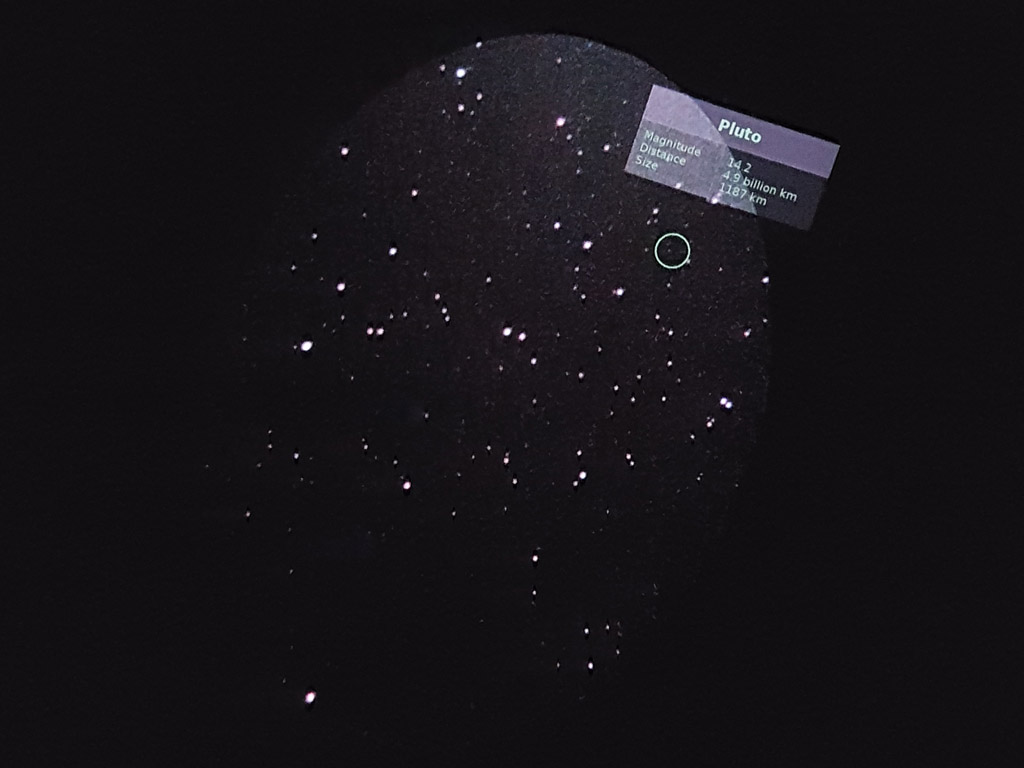 Picture taken with a cellphone in the eyepiece of the telescope. The green circle labels the position of Pluto, which is visible.

That’s why most amateur astronomers follow a common but frustrating path. They buy a telescope, look at the moon, a few bright stars, and five planets—and then just give up. After only a few months of use, those telescopes go up for sale on eBay or into the basement.

You’ll know because the telescope will highlight and an object of interest and show important information about it. Here’s an example. This photo was taken by a smartphone held up to the eyepiece and clearly shows Pluto, identified and labeled using AFD. That little speck of light is indeed the tiny (2,300-km wide) dwarf planet located 4.9 billion km away from Earth. We should mention that this image was taken under far from ideal conditions: from downtown Marseille (a city of about a million people), at a very low elevation (20 degrees), and through a fence. 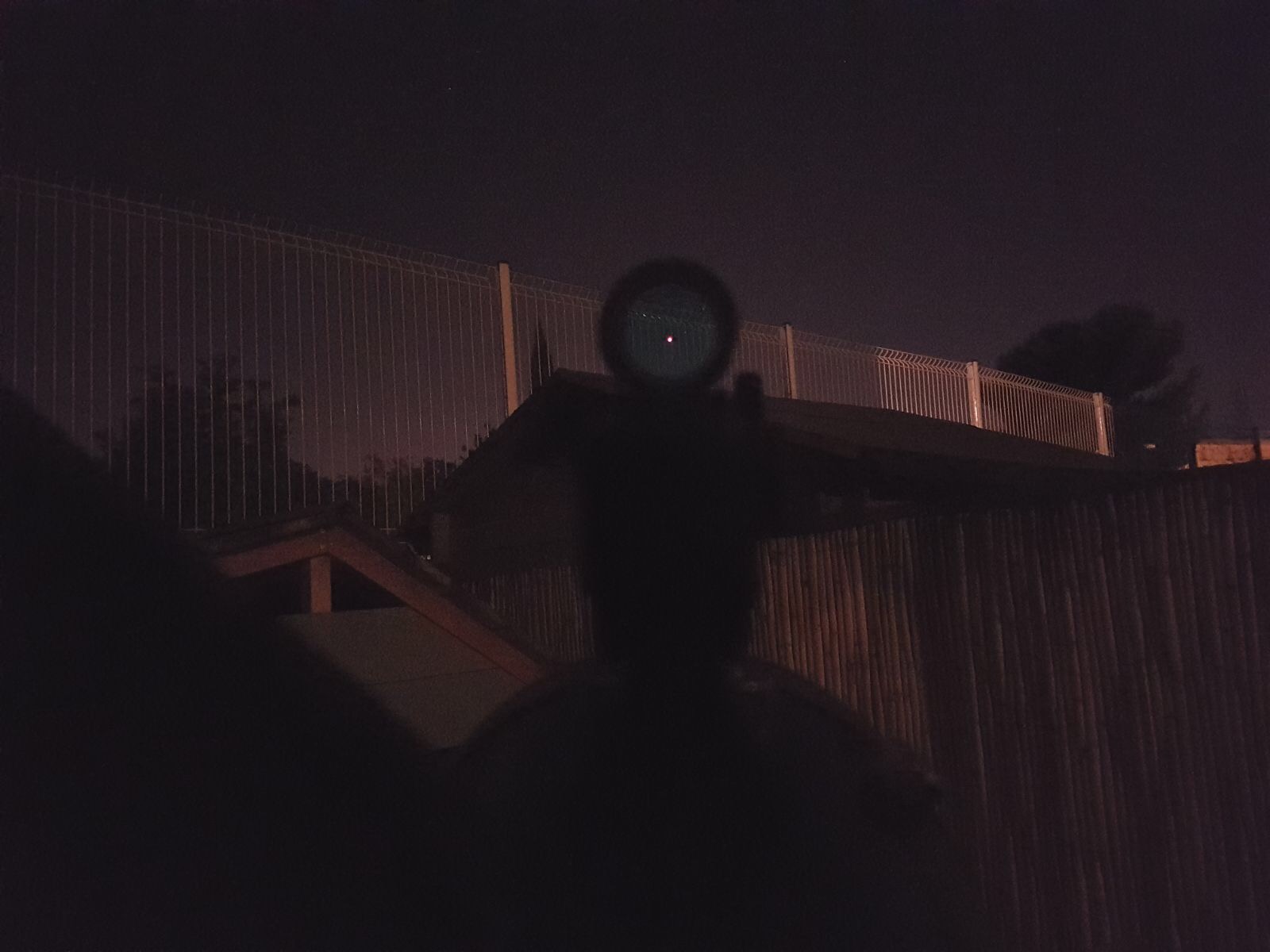 This is probably the first time anyone has ever used a small commercial telescope to find and identify Pluto. And as impressive as this is, it’s just the beginning. Because of its sensitivity, the eVscope can see more than 4,000 known small bodies in our solar system—everything from near-Earth objects to main-belt asteroids, to Jupiter-Trojan and Centaurs. 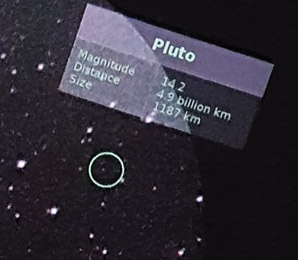 Thanks to Unistellar’s technology, amateur astronomers can explore our solar system in all its stupendous diversity, seeing objects as they rotate around the sun and as their brightness varies because of irregularities in their shape and changes in their distance from Earth.

Unistellar also hopes to bring the wonders of astronomy back to city dwellers, most of whom have lost touch with the wonders of the night sky. Many more objects—most far, far more wondrous and beautiful than Pluto—are now well within viewing range of casual astronomers. Comets, extra-galactic supernovae, fast near-Earth asteroids, and much more —they’re out there every night, just above you in the sky, and they’re inviting you to have a look. Take them up on that invitation and your life will never be the same. 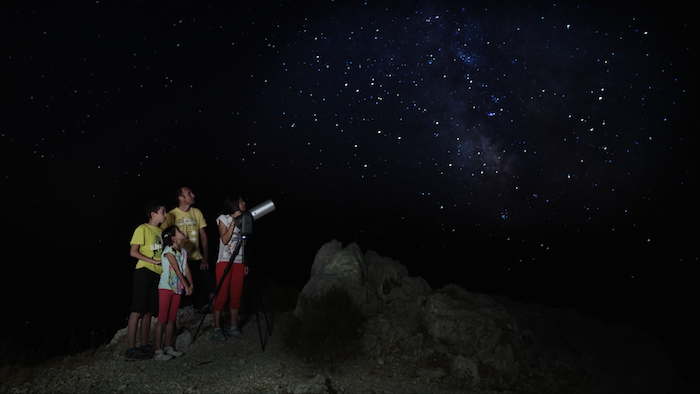