MOUNTAIN VIEW, CA – For the first time, an Earth-sized planet has been found in the habitable zone of its star. This discovery not only proves the existence of worlds that might be similar to our own, but will undoubtedly shape future investigations of exoplanets that could have terrestrial surface environments. 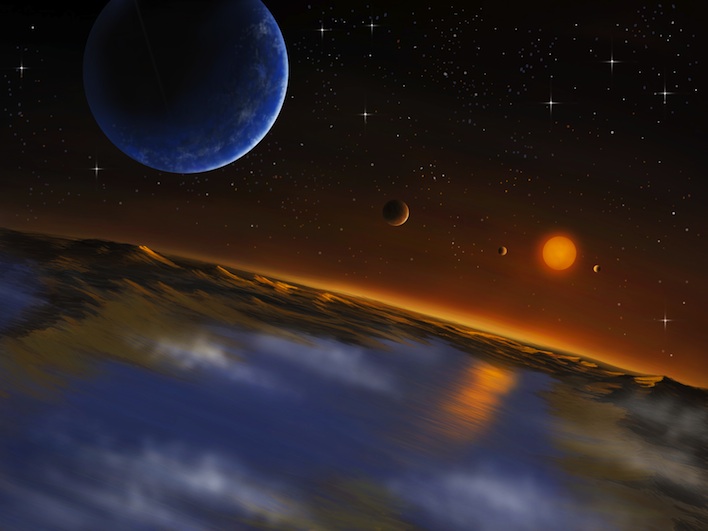 Artistic view of a Earth-sized planet in the habitable zone of its star. Credit: D. Futselaar/SETI Institute

The new-found body, orbiting the red dwarf star Kepler-186 and designated Kepler-186f, is the fifth – and outermost – world to be discovered in this system. The results are described in an article appearing in Science.

“This is the first definitive Earth-sized planet found in the habitable zone around another star,” says lead author Elisa Quintana of the SETI Institute at NASA Ames Research Center. “Finding such planets is a primary goal of the Kepler space telescope. The star is a main-sequence M-dwarf, a very common type. More than 70 percent of the hundreds of billions of stars in our galaxy are M-dwarfs.”

Of the nearly 1800 confirmed exoplanets found in the past two decades, approximately twenty orbit their host star in the habitable zone – a range of orbital distances at which surface water on a planet with an atmosphere would neither freeze nor boil. However, all of these previously discovered worlds are larger than Earth, and consequently their true nature – rocky or gaseous – is unknown. On the basis of the observed dimming of starlight from Kepler-186, the authors estimate that this newly discovered planet is roughly the same size as the Earth.

“The discovery of Kepler-186f is a  significant milestone in humanity’s efforts to find evidence of life elsewhere in our galaxy,” said Dr. David Black, President and CEO of the SETI Institute. “Finding similar planets around other stars, and ultimately being able to sense remotely signposts of life on those planets, is the next key step toward understanding our place in the cosmos and is what the SETI Institute is about,” Black said.

Thomas Barclay, a staff scientist for the Kepler mission affiliated with both NASA and the Bay Area Environmental Research Institute, notes that “theoretical models of how planets form suggest that those with diameters less than 1.5 times that of Earth are unlikely to be swathed in atmospheres of hydrogen and helium, the fate that’s befallen the gas giants of our own solar system. Consequently, Kepler-186f is likely a rocky world, and in that sense similar to Venus, Earth and Mars.”

The new planet orbits at a distance of 0.36 astronomical units from its star, or slightly closer than Mercury is to the Sun. Its orbital period is 130 days.

Traditionally, planets orbiting red dwarf stars were considered to be poor candidates for life. The objection was that star-hugging planets in the habitable zone would become tidally locked, and suffer a synchronous or pseudo-synchronous rotation that could make climate on these planets untenable. However, more recent modeling studies suggest that such worlds are not necessarily inhospitable, since atmospheric winds or ocean currents could even out extreme temperature variations . In addition, Kepler-186f is far enough away from its host star that it is unlikely to be locked. This greater distance also reduces the danger to any potential life forms posed by stellar flares, which are more common for dwarf stars.

Since 2012, the SETI Institute’s Allen Telescope Array has been observing Kepler

candidate exoplanets looking for signals that would indicate extraterrestrial intelligence. A search for emissions from Kepler-186f has been made over the very wide frequency range of 1 to 10 GHz, but none have so far been found. These observations will be repeated. Note that a detectable signal would require a transmitter approximately 10 to 20 times more powerful than the planetary radar system at Arecibo, in Puerto Rico.

According to Quintana, at 490 light-years Kepler-186f may be too dim for follow-up surveys to probe its atmosphere, even with next-generation telescopes. “However, our research tells us that we should be able to find planets around bright stars that will be ideal targets to observe with James Webb.” NASA’s Webb space-based telescope, now under construction, will be able to directly image planets around nearby dwarf stars, and use spectral analysis to characterize their atmospheres.

Finding Kepler-186f is a first, but “it’s not a record we wish to keep,” Quintana says. “We want to find more of these.” 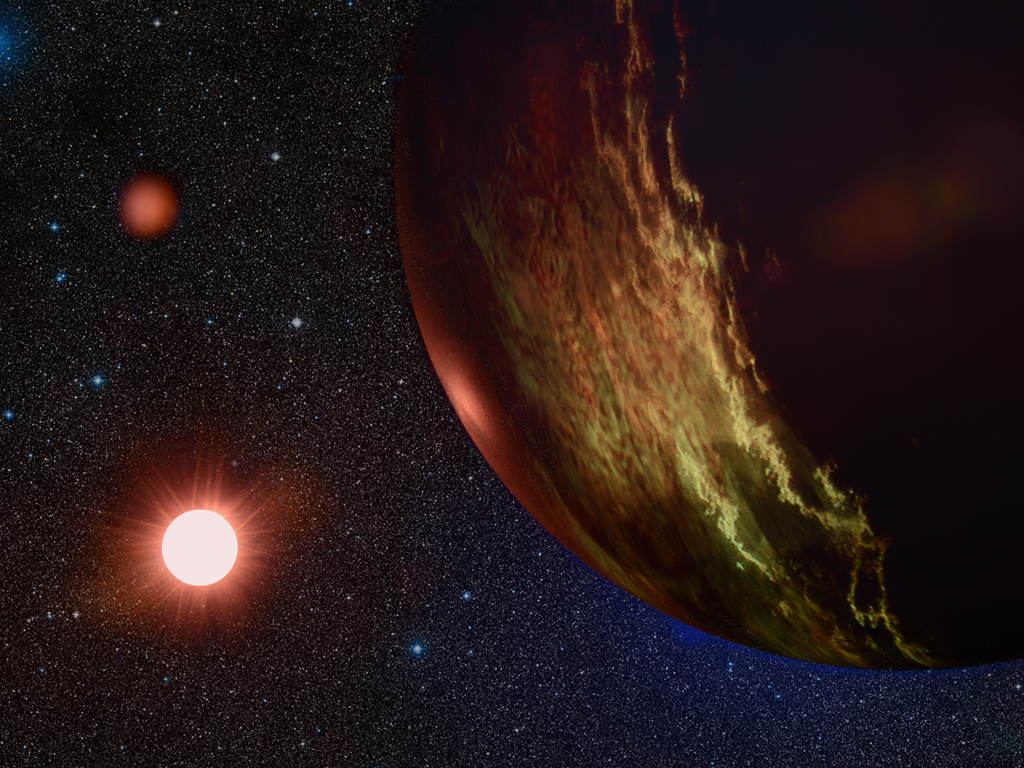 About the SETI Institute:

The mission of the SETI Institute is to explore, understand and explain the origin, nature and prevalence of life in the universe. The Institute is a private, nonprofit organization dedicated to scientific research, education and public outreach. It comprises three centers, the Center for SETI Research, the Carl Sagan Center for the Study of Life in the Universe and the Center for Education and Public Outreach. Founded in November 1984, the SETI Institute today employs over 150 scientists, educators and support staff. For more information, www.seti.org 650-961-6633.