David Morrison, director of the Carl Sagan Center of the SETI Institute, has written a biographical memoir of Carl Sagan (1934-1996), founder of the modern disciplines of planetary science and exobiology. 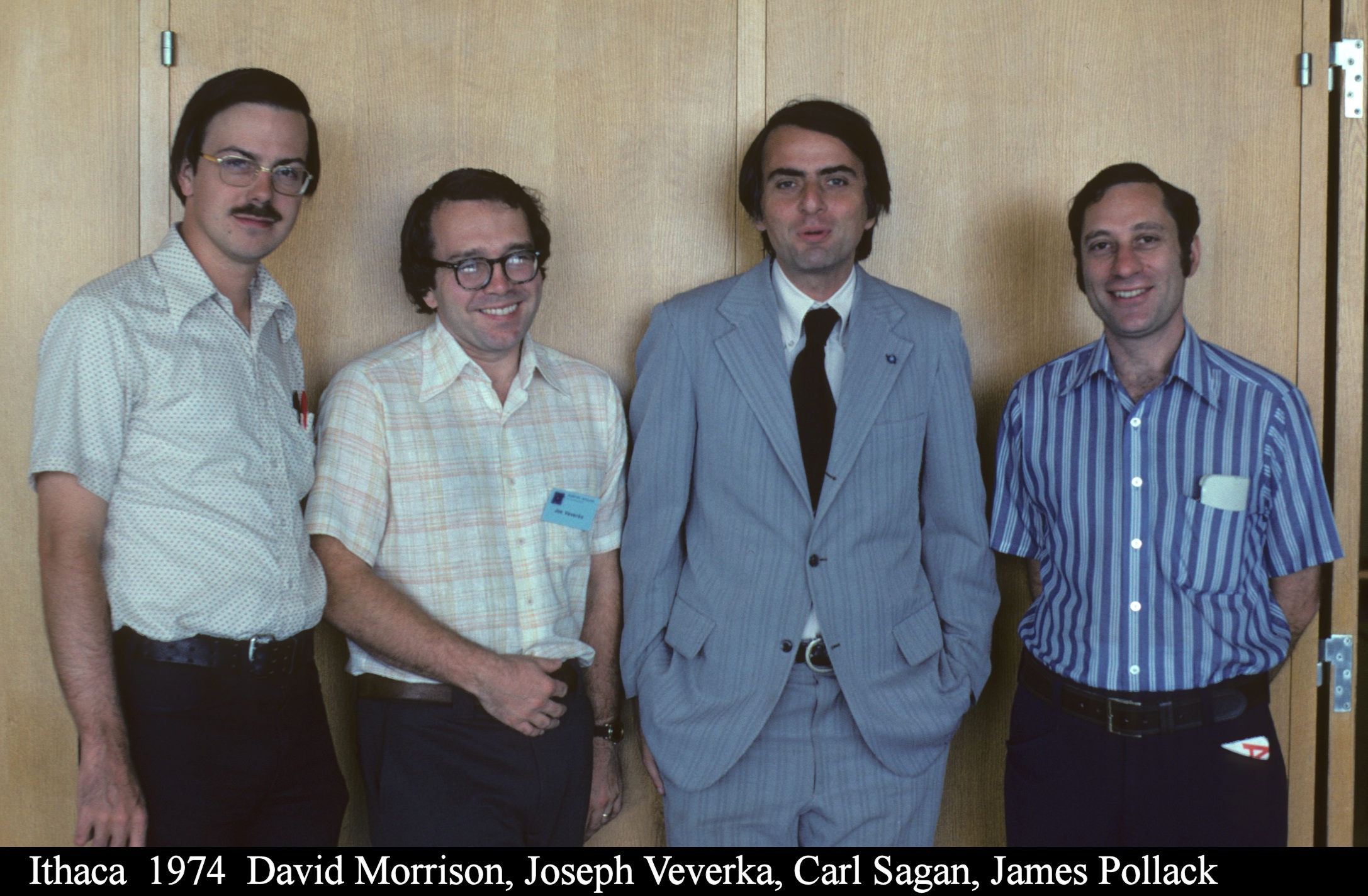 Morrison’s piece has been published in Biographical Memoirs, an online collection of the National Academy of Sciences that includes more than 1,500 biographies of deceased  academy members.

In the biographical memoir, Morrison shares his thoughts on the life of Carl Sagan, “one of the world’s best-known scientists and a true celebrity” whose work still resonates today in the field of planetary science. Morrison, who was one of the first students of Sagan’s in the 1970s at Harvard University, reflects not only on the life of his mentor and friend, but also on his controversial “out of the box” thinking.

Carl Sagan was a founding member of the Division for Planetary Science of the American Astronomical Society, the Committee for Skeptical Inquiry, and Icarus, the foremost professional journal in planetary science. Later in the 1980s he founded the Planetary Society, a public-membership organization that supports planetary exploration, and became a supporter of the search for extraterrestrial intelligence, work which became the basis of his best-selling novel, Contact (1985). In 1996, Sagan died from complications of a rare blood disease, shortly after joining the Board of Trustees of the SETI Institute.

This biographical memoir will interest any fan of planetary science, astrobiology, the SETI Institute and science in general. 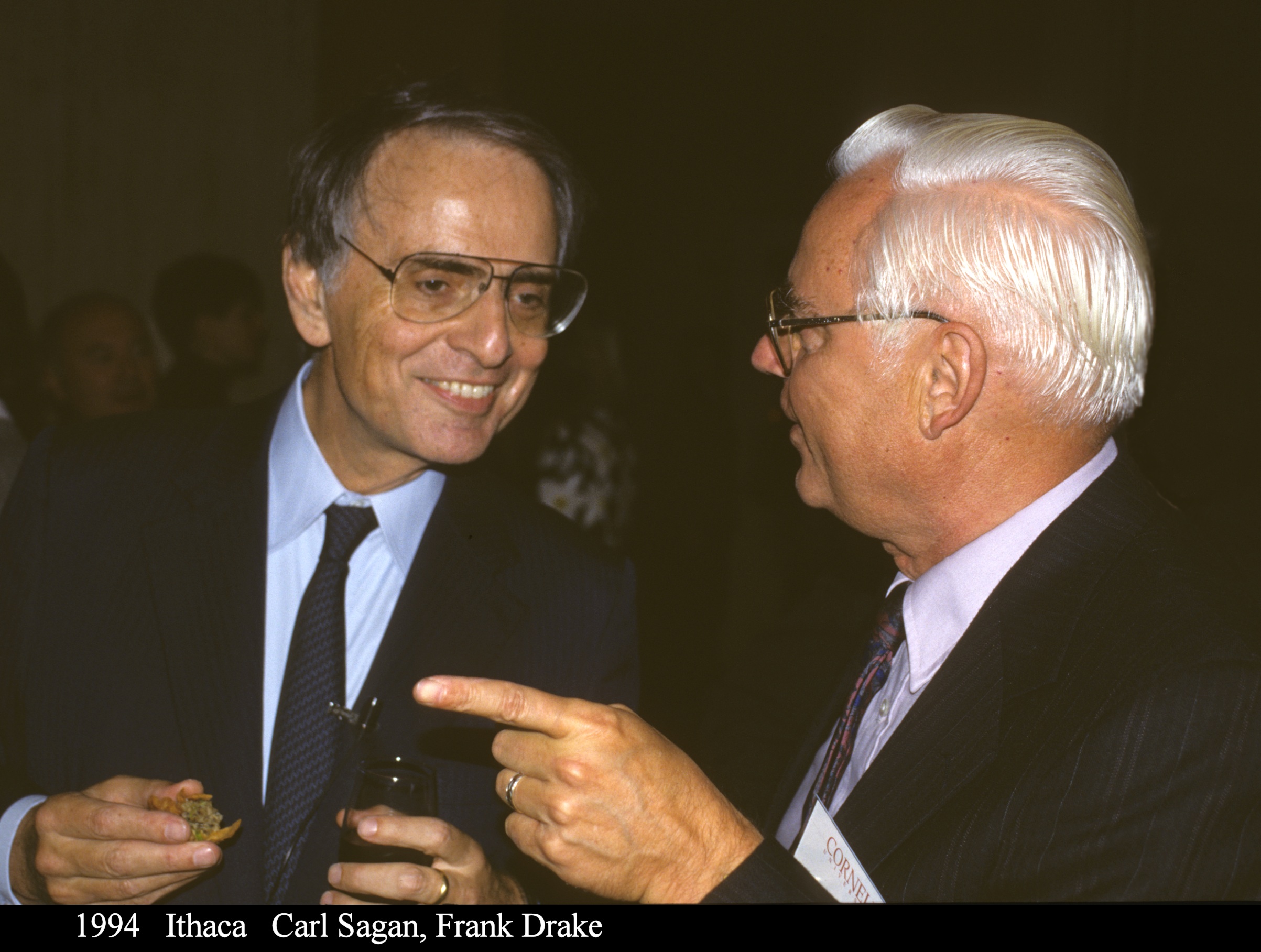 Carl Sagan (left) and Frank Drake (right), one of the founders of the SETI Institute and former director of the Carl Sagan Center. Photo by David Morrison.

Let’s end with a quote by Carl Sagan which summarizes his life’s work and achievements “Even today, there are moments when what I do seems to me like an improbable, if unusually pleasant, dream: to be involved in the exploration of Venus, Mars, Jupiter, and Saturn; to try to duplicate the steps that led to the origin of life on an Earth very different from the one we know; to land instruments on Mars to search there for life; and perhaps to be engaged in a serious effort to communicate with other intelligent beings, if such there be, out there in the dark of the night sky.”