“In creating the Reserve, the Pic du Midi team has not only protected a vanishing resource, they have made it better than it was,” said IDA Executive Director Bob Parks. “We commend and celebrate their exceptional efforts.”

The efforts leading to today’s designation began in the 1990s when Europe nearly lost one its premiere astronomical research facilities, the Pic du Midi Observatory. As government budget cuts threatened permanent closure, Observatory supporters secured its renaissance through a “beautiful alliance between science and tourism,” according to Daniel Soucaze des Soucaze, Executive Director of Pic du Midi. He said the International Dark Sky Reserve designation represents an “important milestone” in the history of the Observatory, and believes IDA’s recognition coupled with the dedicated support of local communities greatly enhances the Observatory’s long-term prospects. 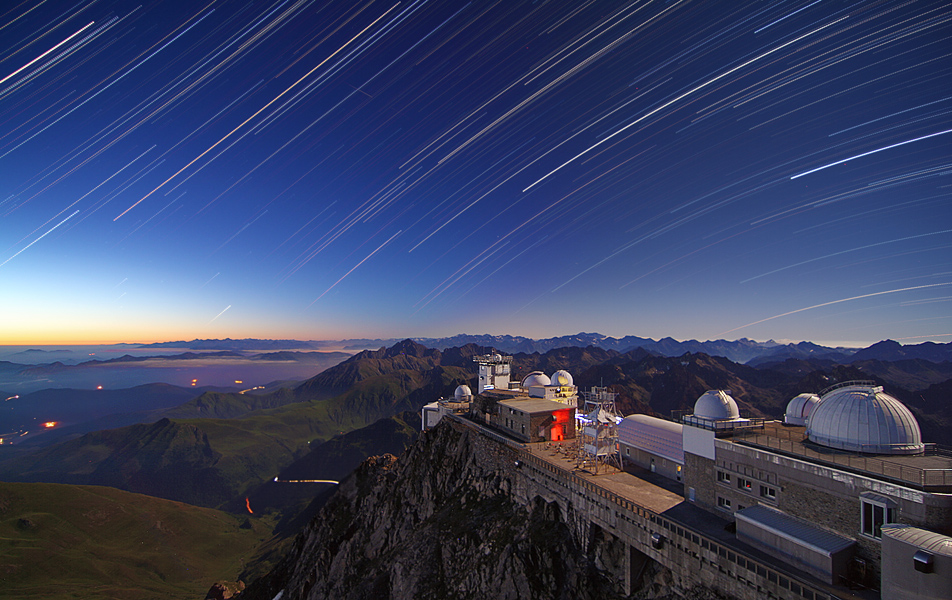 Achieving this designation “is of utmost importance for the future of astronomy, both professional and amateur,” said Hubert Reeves, Québécois astrophysicist and Director of Research at the French National Centre for Scientific Research.

The motivations driving the four-year effort culminating in today’s announcement expanded well beyond aesthetic and scientific considerations. According to French Senator François Fortassin, the “first aim” of the project was to minimize light pollution around Pic du Midi Observatory, but it soon became apparent there was much more to be gained.

As part of the efforts to achieve IDA recognition, a total of 251 communities adopted a comprehensive outdoor lighting management plan (LMP) that included retrofits and replacements of existing lighting fixtures, and the use of new lighting technologies. By 2013, early results showed the LMP could effectively reduce light pollution in the region by 85 percent and energy usage by 38 percent, all while maintaining safe lighting levels for residents and visitors.

The region is capitalizing on the IDA designation as a means of furthering research into land use policy and practices, tourism business models, and resources sustainability at the nearby University of Pau and Pays de l’Adour. A team has been designated by the University to manage the Pic du Midi IDSR project and to install and maintain scientific instruments in the Pic du Midi region to monitor the quality of the night sky in the future.

Timelapse at the Pic du Midi Observatory from Romain Montaigut on Vimeo.

Officials at Pic du Midi have even grander aspirations for preserving dark skies in the Pyrénées. In coming years, they plan to work with their Spanish counterparts to expand the protected territory into Spain, making for the first IDA Dark Sky Reserve spanning two nations.

Great news for the French stargazers and their visitors,

The International Dark Sky Association, a 501(c)(3) non-profit organization based in Tucson, Arizona, advocates for the protection of the nighttime environment and dark night skies by edu- cating the policymakers and the public on the subject of night sky conservation and promoting environmentally responsible outdoor lighting. More information about IDA and its mission may be found at http://www.darksky.org