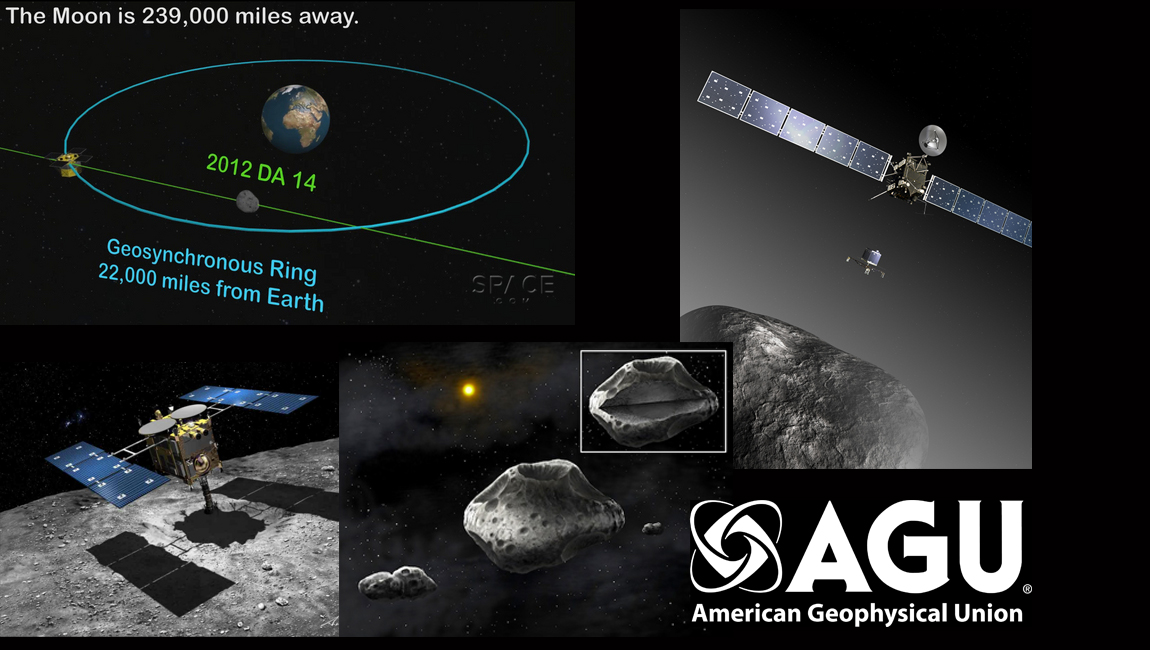 This session will be an opportunity to discuss recent results in the field of asteroids and other small solar system bodies (SSSBs). The composition and physical properties of SSSBs, remnants of the formation of planets, are key to better understand our solar system. Increased knowledge of their surface properties and their potential as resources are also necessary to prepare for robotic and human exploration. Hints about the internal structure and composition of SSSBs have been acquired recently thanks to flyby/rendezvous data from space missions, study of multiple asteroid systems, or close encounter between asteroids.

The session includes abstracts on the internal structure and composition of SSSBs based on space and ground-based data, numerical models, and instrument/mission concepts in the prospect of future exploration.

We have three invited talks including Yano Hajime who will talk about JAXA exploration program of small solar system bodies, and Nick Moskovitz who will present recent results acquired during the Near-Earth flyby of asteroid 2012DA14 in Feb. 2013 and Sean Lindsey who will show how we can derive the composition of asteroids from mid-IR spectroscopy.  I am also curious to hear about the Rosetta Lander, Philae, that will explore the comet 67P/Churyumov-Gerasimenko next year.

I am also presenting my work at this session through a poster which consists in  the spectroscopic analysis of three multiple asteroid systems (617 Patroclus, 45 Eugenia and 87 Sylvia) that we have conducted using SPIFFI and SINFONI, a spectro-imager available at the UT4 of the Very Large Telescope.  You found out that despite all our efforts the mutual orbit of the Trojan asteroid (617) Patroclus and Patroclus remains unclear, most likely not a simple Keplerian orbit. Interestingly, we also managed to extract the H+K spectrum of the outermost moons of the triple asteroids 45 Eugenia and 87 Sylvia. Surprisingly, the moons have a bluer spectrum than their primary, implying that they may have a slightly different composition or more likely a coarser surface (with less regolith).

Below the program of the oral and poster presentations.