Siding Spring Observatory is being threatened by a bush fire.

A short followup of my post sent last night with a good news through an official announcement by the Australian National University  posted today.

In a nutshell, no telescopes have suffered major damages from the bush fire, but the astronomer’s lodge, the visitor’s center and several staff houses have been destroyed or seriously damage. 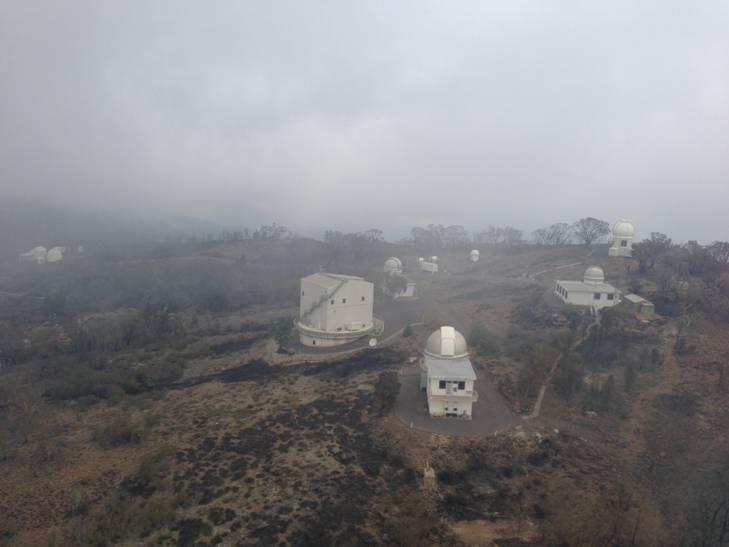 The NSW rural fire service posted several pictures of the observatory taken on the morning.  It could have been worst, since it is visible from the pictures that the fire approached dangerously the telescope domes.

Hopefully, after the reconstruction of the staff buildings, the observatory will be fully operational again. We avoided the worst at Siding Spring Observatory last night and most astronomers, including myself, are happy not to have to mourn the disappearance of a unique facility.