Summary of the First SpaceX Commercial Resupply Mission to ISS

A brief post to report on the successful (so far) mission of the first commercial resupply mission (CSR-1) led by SpaceX to the International Space Station. 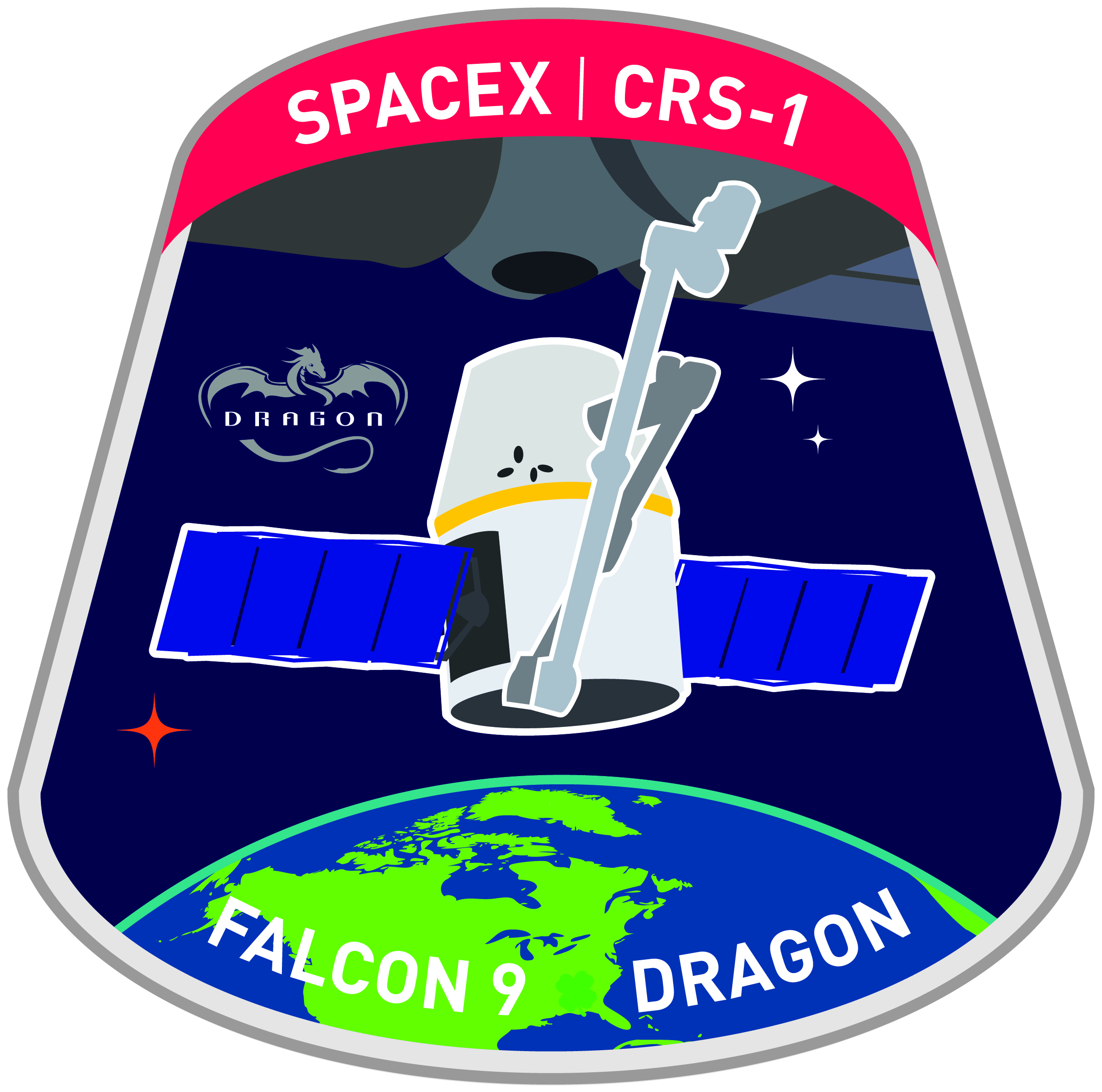 You can't have a mission without a patch. SpaceX CRS-1 Mission Patch. Credit: SpaceX

On Sunday, October 7 at 8:35PM EDT, a Falcon-9 rocket successfully took off from Cap Canaveral Air Force, Florida. This is the first of the 12 contracted flights to resupply the International Space Station and return cargo from the ISS. Those missions are indeed a replacement of the space shuttle ones. Dragon carried ~400 kg of cargo of supplies and scientific materials including 23 microgravity experiments designed by participants of NASA’s Student Spaceflight Experiment Program (SSEP). NASA did not fully load this flight, it is estimated that a fully load mission will cost only $20K per kg, significantly less than the cost with the space shuttles (1.7 billion per flight, $70K per kg).

The launch was not perfect since one of the engines malfunctioned, but the onboard computer managed to correct in realtime the trajectory of the rocket to compensate this anomaly. Space X posted on a response on their web site: “Initial data suggests that one of the rocket’s nine Merlin engines, Engine 1, lost pressure suddenly and an engine shutdown command was issued. We know the engine did not explode, because we continued to receive data from it.”

Despite this rough ride, the Dragon vehicle separated from the the Falcon 9 second stage as planned. After deploying its solar array, it started approaching the ISS. Last night, observers from Southern California could see an ISS passage with the Dragon capsule chasing it.

I missed it unfortunately last night, but I am sure there will be other opportunities.

The ISS team grabbled and berthed the Dragon Capsule today October 10 at 9:30am EDT
“Looks like we’ve tamed the Dragon” said Commander Suni Williams after successfully attaching the capsule to the space station using the robotic arm (see the video below at 6 min 45 s)

Obviously the ISS astronauts could not wait for their ice creams.

The Dragon will remain docked to the ISS for 18 days. It will be reloaded with 400 kg of cargo including scientific supplies, research samples and station supplies. If everything continues as planned, it will bring back to Earth on October 28.

Orbital Science Corp., another company which was also contracted by NASA, will test its Antares rocket at the end of this year.  Their first demonstration flight with the Cygnus space vehicle is scheduled at the beginning of 2013. The goal of bringing private companies into the station resupply business is now a reality. 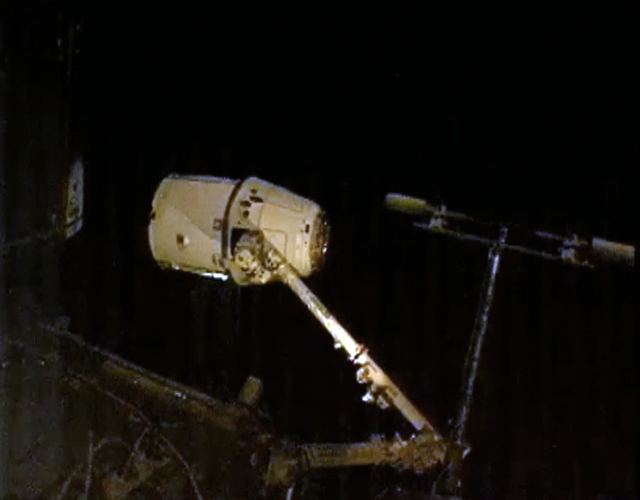 The Dragon spacecraft approaches the space station on October 10 in this video screengrab image.