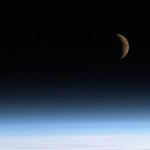 The Moon and the Atmosphere of Earth

Today is the 40th Earth Day, a great opportunity to remind us that our planet is unique and should be taken care of. Each of us can help by small actions which could save energy, water and other resources. Recent studies clearly indicate that we, our society and our way of life, are having an impact on our planet. The emission of carbon dioxide due to human activities which is increasing the temperature, the so-called global warming, is one of them. The massive extinction of animal and planet species or the biodiversity loss should not be forgotten, since it will also have an impact on our civilization. This problem is taken seriously by the biologists and the year 2010 is the International Year of Biodiversity.

Several space agencies around the world are participating to the effort to monitor the state of our planet. We know that our planet evolved since it was formed 4.5 billion years ago. Its atmosphere has changed due to endogenic (biosphere) and exogenic (impact of asteroids) phenomena. Its surface was not the same 300 million years ago, since Earth had one continent, the Pangea, surrounded by a large ocean.  Today, these changes are less spectacular off course, but they could have a huge impact on our existence.

ESA, NASA and JAXA are planning several new missions to study the “spheres“, which correspond to sub-systems of our planet. Like the organs of a body, the “spheres” are highly depend to each other and their existence relies on the presence of the others. Here a list of these spheres and a short description in no special order.

The best way to study most of these “spheres” is from space using orbiters equipped with state-to-the-art instruments. On the Global Climate Change website of NASA, 23 currently proposed missions are listed. The EarthNet web page of ESA lists 17 current missions and 12 potential missions dedicated to the study of Earth. Several missions are the results of partnership between these two agencies. It is obvious that both agencies are taking very seriously the study of our planet, due to the need for scientific data to help understanding its evolution.

Earth can be also observed from the International Space Station as I mentioned in a previous post. Soichi Noguchi, an astronomer from JAXA, currently on board the ISS, posts on a regular basis on his Twitter account new pictures of our planet as seen from 340 km above the surface. There are obvious differences between Soichi pictures and those collected by space satellites. Soichi is not only trying to capture the scientific interest of a site or an event that he is witnessing. These pictures are more sensitive and more artistic, a feeling that a space mission will not be able to provide. 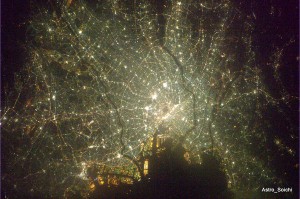 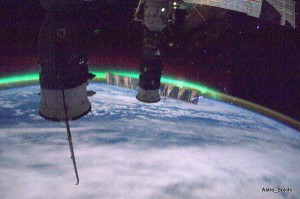 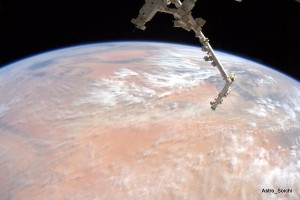 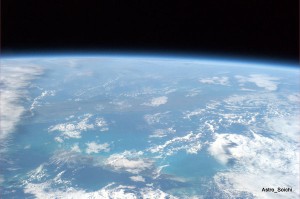