What to do tonight? Watch a type Ia supernova with your eVscope 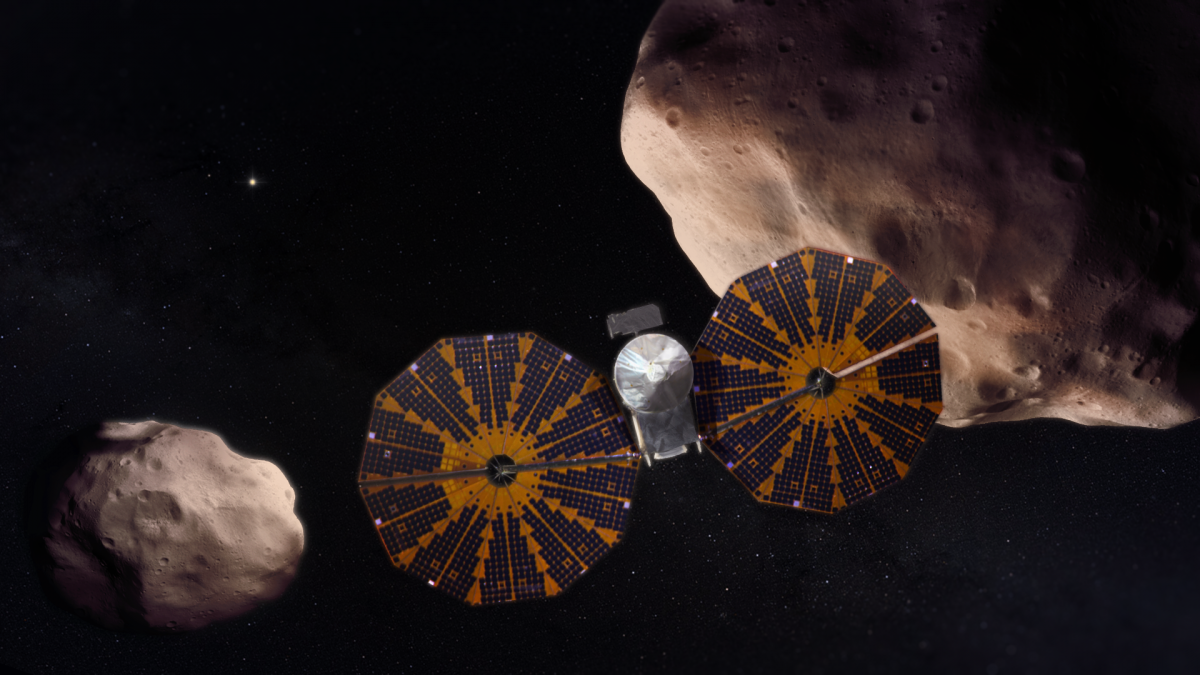 A Unistellar team traveled to Oman in early September to observe the occultation of a 11-mag star by the Trojan asteroid Orus. We succeeded in capturing the event with one of our eVscopes, an achievement in and of itself considering the small and uncertain path of this occultation. This is an important breakthrough because this detection will be used for another occultation by  Orus again, coming up soon in Australia. On the top of that, this positive detection heralds the arrival of a new tool (the eVscope network) for the study of asteroids, centaurs and trans-Neptunian objects by occultations.

Lucy is a Discovery-class mission scheduled for launch by NASA in 2021. Its goal is to study primitive asteroids by conducting a flyby of five trojan asteroids and one main-belt asteroid. Last year, Cathy Olkin, deputy principal investigator of the Lucy mission, sent me a list of occultation events involving those targets and one of them got my attention because it involved a bright star (V=11) and an event observable on Earth from a narrow ~50 km-band stretching from Oman to Brazil—with, however, an uncertainty of at least 200 km (the red line in the figure below). 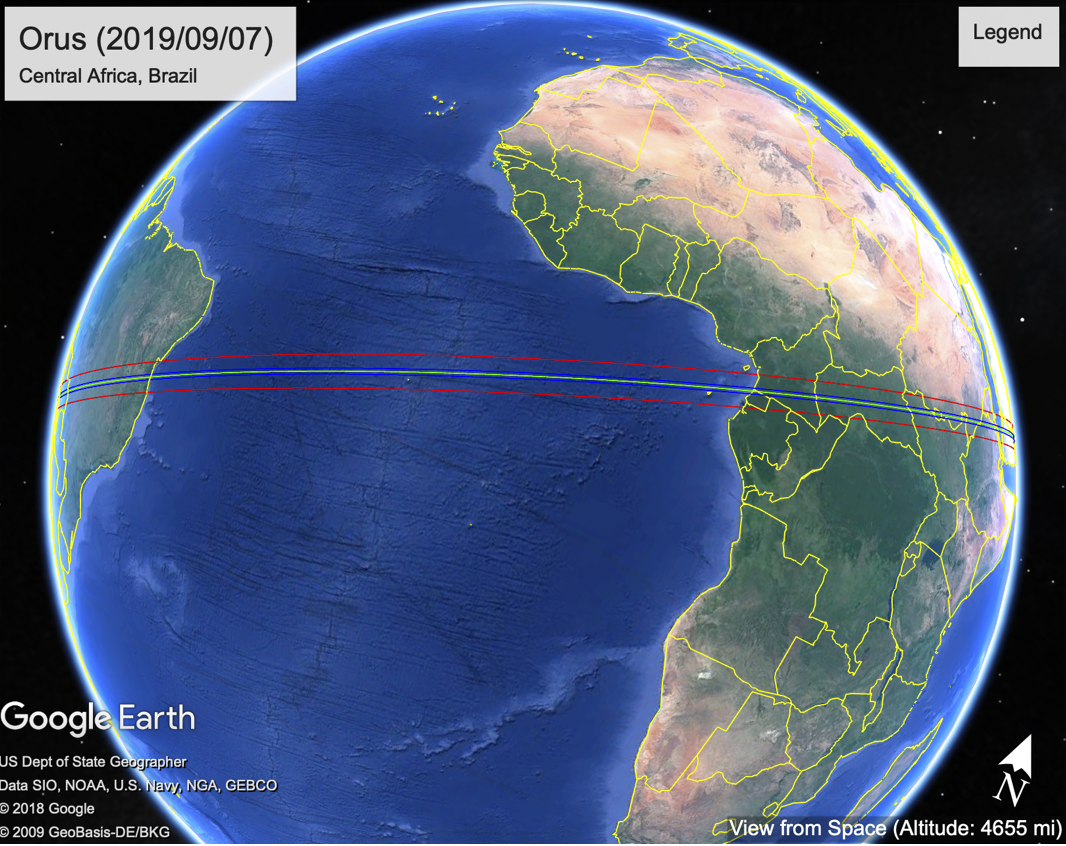 Prediction of the Occultation by Orus before new data collected and analysed on Auh. 15. The uncertainty is several thousands km (red line).

In the months before the event, I communicated with the Lucky Stars team at the Observatoire de Paris, as well as Marc Buie from the Southwest Research Institute (SWRI) in hopes of getting more refined and accurate predictions of the event. On August 15, Marc sent me an email with a new prediction that he had calculated which combined an accurate position for Orus using the Gaia DR2 catalog, Pan-Starrs, and several observations from SWRI robotic telescopes. The good news was that the uncertainty had decreased and that the band was passing through Oman.

At Unistellar, we’re convinced that the eVscope and its network is not just an innovative way to enjoy the dark sky, but also a great instrument for anybody to use to conduct observations to support professional astronomical research. To demonstrate the potential of the recently manufactured eVscope, we decided to send a Unistellar team to Oman to observe this event. Arnaud Malvache, president and CTO, Laurent Marfisi, CEO, and Alexis Martin, AI software engineer, volunteered for this trip and flew to Oman with two eVscopes a few days before the event.

Following the prediction of Marc Buie, on the night of Sept. 6 we located one station in Khalil and a second one at Mussannah. We used a prototype of the eVscope’s occultation mode that was implemented and tested over the summer in our on-board software. This mode records consecutive frames at short cadences (200 ms) a few minutes before and after the predicted time of the event and then determines the exact time when those frames were recorded using its phone connection. 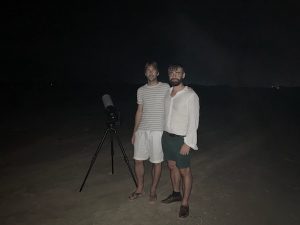 The station at Khalil, Oman with Arnaud Malvache and Laurent Marfisi, two of the 4 co-founders of Unistellar.

A posteriori analysis of the data revealed that the station located in the middle of the predicted path observed a blinking of the star that lasted ~4 s (see video here), whereas the one located at the edge did not see any change in brightness, which implied that the occultation has indeed happened as predicted. 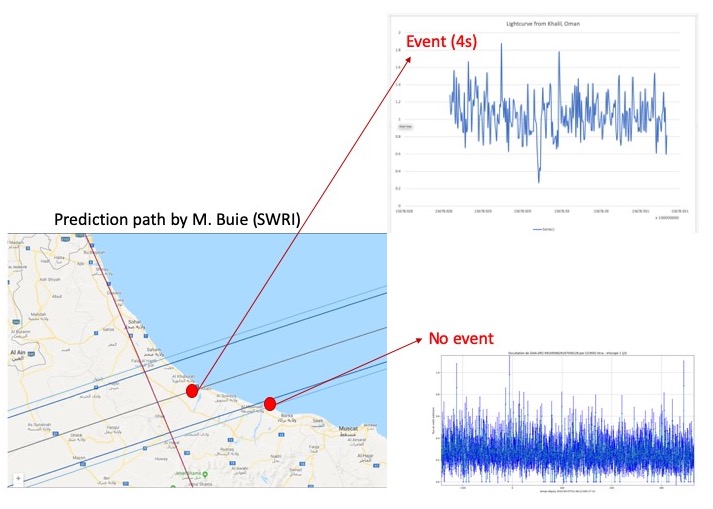 Analysis of the lightcurve from both stations in Oman. The one in Khalil has detected the event. The one located 30 km away at Mussannah did not see the event.

I presented this result at the EPSC/DPS conference in Geneva beginning of October which gave me also the opportunity to meet some of the SWRI team and show them the eVscope in action. We also talked about the future of occultation and how we could continue to support Lucy in the future. 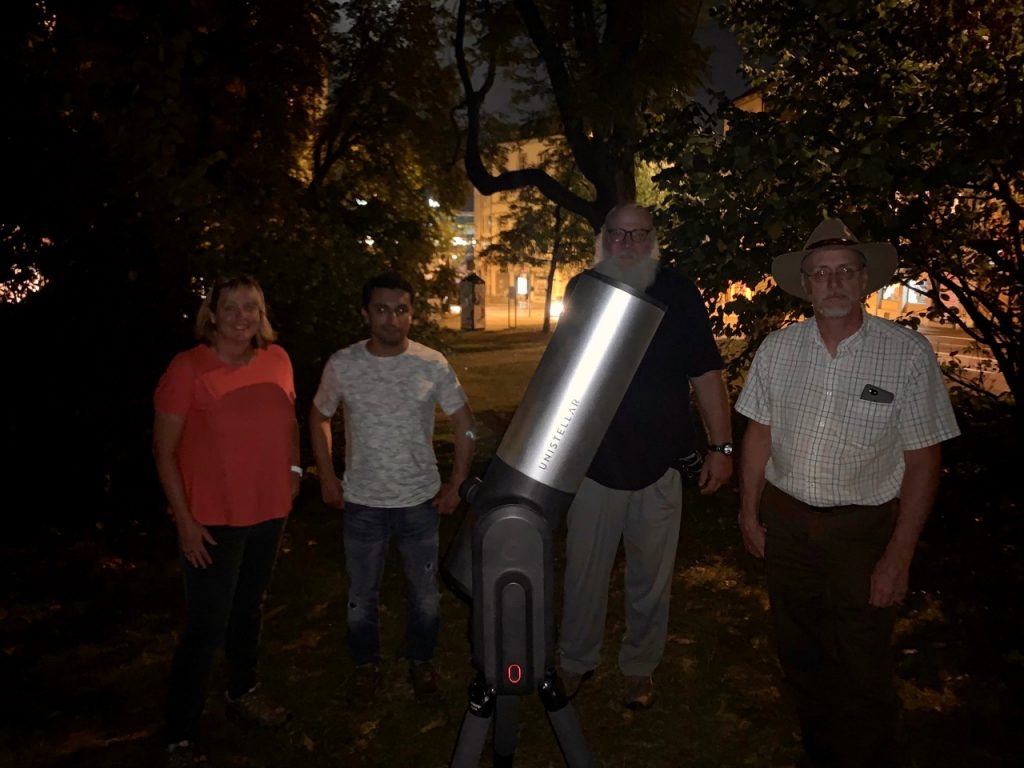 Group picture after a demo of the Unistellar eVscope in Geneva during the EPSC/DPS conference. (from left to right) Cathy Olkin, Rodrigo Leiva, Hal Levison and Marc Buie.

From the Oman data, we derived a projected size of 54.8 km for the asteroid, which agrees with the size of Orus reported elsewhere. More importantly, we now have an excellent estimate of the position of Orus and are able to better predict the path of its future occultations.

This is an important breakthrough because that information is going to be used very soon. On Nov. 4, Orus will occult a 12-mag star in northern Australia. Analysis by my colleague Josselin Desmars, astronomer at the Observatoire de Paris, clearly shows improvement in the prediction of the path thanks to our successful occultation. That path has now shifted north by ~100 km and more importantly the margin of error (in red in the figure below) has been drastically reduced. 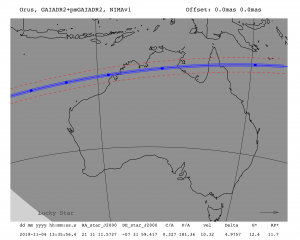 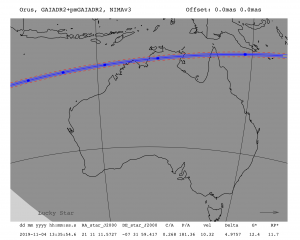 Marc Buie and his team will attempt to observe this occultation by Orus but this time they will deploy fourteen stations across the band to guarantee that multiple stations detect the occultation, which in return will give astronomers information about the shape of the Orus asteroid and the presence of moons, if any. We are eager to see what they come back with.

In our case, we’re preparing to implement Occultation Mode in the eVscope’s software to facilitate observation of these events and allow all eVscope users to use it to become citizen astronomers. Our calculations have shown than more than forty occultations are observable every day on Earth using the eVscope. 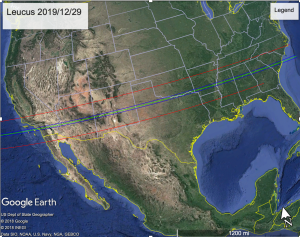 Occultation by Leucus, target of Lucy, predicted on December 29 2019. The error bar will shrink soon as data become available.

In partnership with IOTA, Obs. de Paris, NASA/SWRI and other organizations, we will prepare future occultation campaigns focusing on interesting small solar system bodies such as distant centaurs and trans-Neptunian objects, large asteroids in the main-belt, and of course targets of future space missions. For instance, on Dec. 29 there is a very interesting occultation by Leucus, another Lucy mission target. The error bars are still large (several thousands km) but new observations may reduce it drastically, and by then we should be ready to catch this difficult but rewarding event. With our small but mighty network of eVscopes each of us will able to help NASA plan and deploy the next Discovery mission. How cool is that?

Acknowledgements: First of all, thanks to the fantastic Unistellar team, especially Arnaud Malvache, Laurent Marfisi, Alexis Martin,  Emmanuel Arbouch, and Thomas Bellier who contributed to the success of this campaign with their time and energy. We are grateful for the help of  Mohammed A., one of our backers in Oman, who guided our local team and showed them the beauty of his country and its hospitality.