Uranium on the moon. Mining the moon?

We rarely talk about the International Space Station and what kind of study or experiments are done over there. Most of us forgot that for more than 10 years, we have been investing money and time to build a gigantic station where several astronauts live and work. You can follow the progress of the building of the space station on one of the NASA page. I was surprised to discover today the complexity and size of the ISS. For instance, the European module (named Columbus) and 16 large solar panels were attached to the station provided more space and more energy for experiments. The Japanese module (named Kibo laboratory) equipped with a robotic arm is currently being installed.  I am attaching a picture taken recently of the ISS and another one taken in 1988 when the international station program was initiated for comparison. 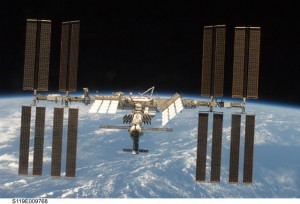 One of the most recent pictures of the ISS (credit NASA). 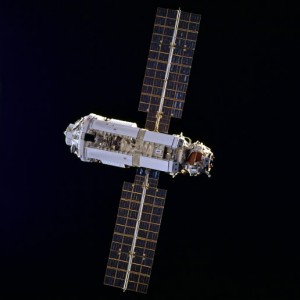 The Zarya Control Module, the first module of the ISS, was launched atop a Russian Proton rocket from Baikonur Cosmodrome, Kazakhstan, on Nov. 20, 1998 (credit NASA)

Very recently, one member of the expedition 20 composed of 8 astronauts from US, Russia, Canada, Europe, and Japan, took pictures of an active volcano called Sarychev Peak Volcano part of the Kuril Island chain located in Russia (attached below). This impressive picture and movie illustrates the usefulness of the international station for Earth Observation. It also reactivated  the interest of the press and public for the station. 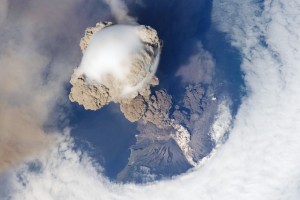 Striking view of Sarychev Volcano (Kuril Islands, northeast of Japan) in an early stage of eruption on June 12, 2009 taken from the ISS. Click on the image to start an animation (credit NASA)

You can get more information about how these pictures are taken on the following web site. It gives the possibility to search for city and a famous location into a gigantic database. If you really don’t want to spend all your free time available over this weekend to look, you should have a look on the web site of Alan Taylor from the Boston Globe. He posted a few selected and recent pictures.

Thanks to my friend Pete B. for pointing out this website which gives me the idea of writing this post.  I am adding a few more pictures to this post as a good eye candy.

Enjoy your weekend and Carpe Diem. 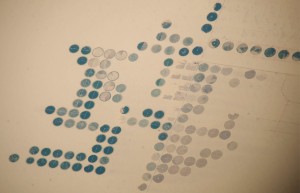 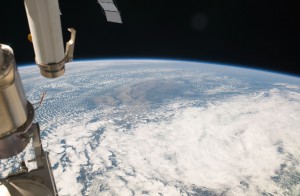 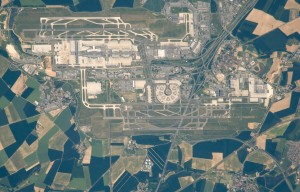