Two new missions toward the moon in one rocket

The demise of a mission – Kayuga crashed on the Moon

The end of Kayuga in HD!

Yesterday June 18 2009 at 21:17 GMT (2:17 PDT) an Atlas V rocket lifted off carrying two missions designed by NASA and dedicated to the exploration of the moon, our closest space neighbor. 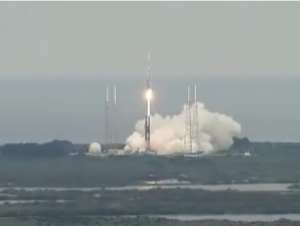 if you have read my previous posts on Kayuga, Chang’e-1 and Chandrayaan-1, you must be asking yourself why do we need new missions  to explore the moon? These ones are led by NASA which has already a lot of experience in mission designed for the solar system exploration. They aim at specifically respond to questions brought by previous NASA missions such as Clementine (launched in 1994) or Lunar Prospector (launched in 1998).
The Atlas 5 launch vehicle was carrying TWO spacecrafts named LRO and LCROSS. I decided to describe them separately since they are quite different in design and goals. 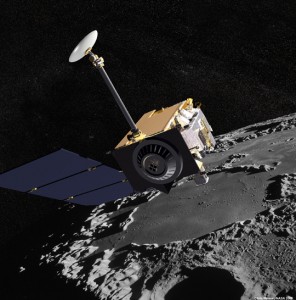 Artist Concept of the Lunar Reconnaissance Orbiter with Apollo mission imagery in the background. The spacecraft will rach the moon on Tuesday at 5:43am EDT (Credit: NASA)

The Lunar Reconnaissance Orbiter (LRO) is leading the mission for NASA return to the moon for an intensive study of our close neighbor which could lead to human exploration. LRO will search for safe landing sites for future exploration and for natural resources, such as water on the pole. After starting its mission by a short equatorial orbit on Tuesday, it will be placed in a polar orbit for 4 months. It will impact the surface of the moon in Oct 2009.

The instrument payload of LRO consists of seven scientific instruments built by partner institutions around in the US plus  one instrument contributed by the Institute for Space Research in Moscow. These instruments will return lunar imagery, topography, temperatures, and more.  Radiation measurements useful to estimate the threat on communication devices and human explorers will be conducted. A Neutron detector (developed at the Institute for Space Research in Moscow) will search for water. A Laser Altimeter will build a high resolution map of the surface of the moon and search for flat and safe landing sites. An high resolution camera will be able to see details with resolution down to 1m. And finally a technology demonstration instrument called Mini-RF which will use this technology to search for subsurface water ice deposits.
I recommend to watch the video called “LRO: mapping the Future” on the following web site if you want to know more about the goals of the mission. 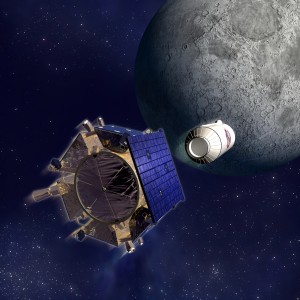 Artistic view of the LCROSS spacecraft shortly after it releases the Centaur impactor (credit: NASA)

The Lunar CRater Observation and Sensing Satellite (LCROSS) is a mission specifically designed for active sensing through impact. Data from Lunar Prospector mission revealed hydrogen signatures detected in permanently shadowed craters at the lunar poles. These readings could be due to the presence of water, this mission aims at seeking a definitive answer.
LCROSS and the upper stage of the Atlas V mission (called Centaur) are still attached. They will perform a flyby of the moon and it is only in the second semester of 2009 that the centaur stage will be separated and act as an impactor to create debris plume as seen for the Japanese mission (see previous post about the demise of Kayuga). LCROSS will be sent close to the surface and should cross the plume of debris analyzing carefully their composition using 2 near-infrared spectrometers and cameras, a visible light spectrometer, two mid-infrared cameras. This complex mission will also crash on the surface of the moon, creating a second debris plume observable from Earth. LCROSS is a low-cost and fast paces mission managed by NASA Ames, located a few miles nearby SETI Institute.

2009 is going to be an interesting year for the moon exploration. Stay tune for the lunar fireworks!!