Now we have a plan… and hope

About the Future and Current Exploration of SSSBs

Today The 44th president of the USA took his oath and gave his inaugural speech at Washington DC. I arrived in the US when G.W. Bush was about to be elected. I witnessed big changes in the US society over the past 8 years.  The country became less tolerant, closed itself from the rest of the world and revised its laws to restrain the rights to citizen and immigrants. Beside these major changes, I did stay in the US and I still do not plan to leave soon. This country always managed to surprise us and overwhelm the worst difficulties, so I have my secrete hope.

Then came Barack Obama, the first mixed race candidate to the US presidency. It is true that because Barack Obama is, like me, the result of a mixed marriage, I did  feel more interested in this election and spent time and money to support his campaign (I am a permanent resident in the US).  Barack Obama campaign was however not about his race or his past, it was about a new deal and new way of doing politic. He brought a lot of people to people together, people who had the feeling of not having been listened for years, or even centuries.

I hope that he will restore the USA that I was expected to see when I landed here in October 2000. It is not going to be an easy task as he mentioned in his inaugural speech. The challenges are enormous considering the financial crisis we are deeply involved into, and that two wars are still in progress. The world has been changing a lot over the past 8 years. This US president has seen that already and that’s why the Americans chose him in November 2008.  I am hopeful that he will have enough leadership and charism to overcome all these challenges and bring all of us, Americans and other citizens of the world, together.

I really liked Barack Obama speech today. This part especially got my attention since it is where I could contribute:  “For everywhere we look, there is work to be done. The state of the economy calls for action, bold and swift, and we will act — not only to create new jobs, but to lay a new foundation for growth. We will build the roads and bridges, the electric grids and digital lines that feed our commerce and bind us together. We will restore science to its rightful place, and wield technology’s wonders to raise health care’s quality and lower its cost. We will harness the sun and the winds and the soil to fuel our cars and run our factories. And we will transform our schools and colleges and universities to meet the demands of a new age. All this we can do. All this we will do. ”

This is good plan. A plan to which all of us should agree whatever our political views, our religions, our races, genders and sexual orientations. Now we have a plan which will bring hope and may solve most of the problems that we are facing. Let’s try to keep this hope alive for the next 4 years. I ask you, my family, friends, colleagues and neighbors to remind me about this plan in the future. Let’s try not to forget about it, please.

Thanks for reading this blog, 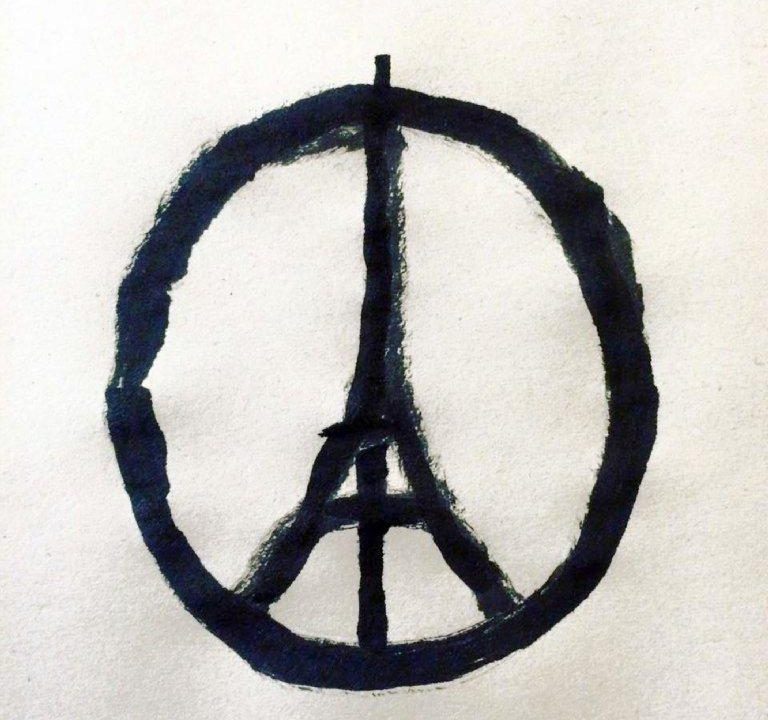 PeaceForParis by the artist Jean Jullien

How to explain the inconceivable