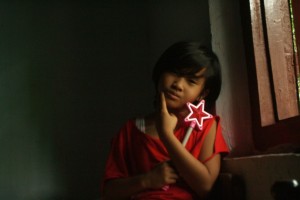 For myself, the celebration was closed during my last ‘winter solstice expedition’, simply, because the ‘time’ has particular information in astronomy. This expedition was actually my day off, after a long year of working. Time to took off from the cities, and return to rural life. Together with my good friends, i visit the Borobudur during winter equinox. Nothing important, & got nothing to do with astronomy, Borobudur is always an exotic place to visit, besides, affordable.

During the expedition, indeed we enjoy assortments of various enjoyment, from culinary to the village exploration. Afterall, it’s a long holiday for me. Nonetheless, during the break, we also discuss about astronomy in our own perspective. (I am still writing the travelogue).

In short, what we have learnt can be summarized here:

1. Objectivity & Being reasonable. Why we (human) learn astronomy in the first place? Maybe the best answer that i will use, is the one from Frans Magnis Suseno SJ (2001): Astronomy is the science to answer who is human. So, if we learn about astronomy, we learn about ourselves, about our place in this life, as we perceive. We can ignore, we can appreciate, that is what it is, are we the children of the stars? Are we exist because of a’purpose’? The discussion can be long and endless, sometimes can be hot, sometimes can be tenuous, but the more important thing is, we learn to open our mind; because only with open-mindedness, we can hear the other side, then we can comprehend things objectively. We can agree to disagree, or disagree to agree about anything, but we have our own reasons, and respect the differences, easier said than done, but that is the learning process, and that is the more important thing. The learning process.

2. Humility & Responsibility. After we learn the ‘unknown’, then what? Well, each of us have our interest, and incline to do as our heart told, that is the call of humanity. Let’s for instance take this discussion about ‘the creation & the whole process of evolution’, huyyah, this plethora of complex discussion can span from basic science into spiritualistic matter, so, from one theme only, we open the ‘pandora box’.

The universe, and all the things in it, the galaxies, the stars, the planets, the Earth, the birds, the trees, the clouds, etc etc., everything has its own stories to tell, so much information, so much data; so to a point, one should stop and select a point in life, in which we all form this grand and complex universe, as we call life, and so life must goes on. One can goes as an ‘astronomer’, while other goes as a ‘teacher’, while other left our ‘universe’ (Good bye Gus Dur *sobh*).

It is inevitable, that we have our limitation, either in learning process, or in our capacity to cope with all the unknownness; but it is the point of IYA, to build the ‘awareness about the universe’ (Universe Awareness in general sense, as we agreed, generalizing the Unawe), and after the awareness, we understand, and accept the fact, embrace the factual explanation about what we have perceive.

This territory might be a ‘danger zone’, because, once the data interpreted, the interpretation can be so so debatable, so this is important to move away from the personal references in any senses, give up all the egocentrism, and being humble & open mind for all the differences. Once we have learnt, then we understand, and as we have the understanding, we know what to do. And as we learn that in every action, there is a reaction, so we learn about responsibility in every action that we took.

.. rrrr .. wrong bat time, wrong bat channel .. LoL .. well, those lines came from the film ‘Pandorum’, a dystopian image indeed. But, this imagination is understandbly came from on how the makers of the movie perceive our very same world.

Instead of worrying about what will happen in the future, better to prepare our next generation to become aware about our universe, our planet, our place in this universe, our life, and all its color. Should be a better world to live, if we live in an objective world? True that the light can be dispersed onto different color of light, nonetheless, the color came from the very same light source. This is the basic science, and this knowledge applied in our life.

All in all, the celebration should be ended in due time, but the learning process is a continual process. while we learn a lot about our universe, yet, much we still to learn, to understand the unknown in this time being. In the same time exploring new frontier, finding new probabilities.

Will we find the end of the road? Who can answer? Regardless, the learning process should continue. So, even if so the IYA should ended, but not the excitement about our universe, in anyway we perceive it. Perhaps for general public can perceive the wonderful pictures from the best telescope in the world, but that would be unfair for those who has visual disability, nonetheless, the light is naturally only part of wider electromagnetic radiation, and can be represented in its frequency, as if as the sound make its shape in a song. we can appreciate the frequency as the music. The universe has the music of its own, feel the sounds and appreciate the universe.

Open our senses, ‘feel’ the excitement, go somewhere & enjoy what you can perceive, and if interest, learn about what we have perceived. So, instead of finalizing the IYA; simply, the expanding horizon of astronomy, this is the Space Odyssey 2010, ladies & gentlemen, boys and girls back to schools, it’s only just begun! (Literally & metaphorically).