It has been such a long time i didn’t write for my blog. Much activities should be prioritized, nevertheless, it just kind of ancestral recall, there is an urge for me to write something in between time. So, what is the catch?

Last july, i have been invited to give talk about ‘current status of solar physics in Indonesia‘ for the Asia Pacific Regional IAU Meeting (APRIM 11th). 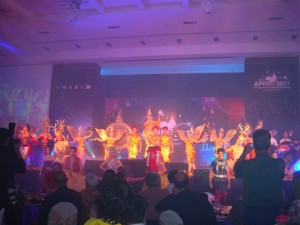 The Opening Ceremony of APRIM 2011

I will not discuss about my talk, instead about a collaboration, the previously established one, name it SEAAN (South East Asian Astronomy Network). This SEAAN gain its momentum during this APRIM. The long road history of SEAAN started around 2007 during the 1st Meeting in Thai National Astronomy Meeting, followed by several meetings, see here for the historical fact of SEAAN.

Also around that time, during the ISYA 2007, some young astronomers from SEA region also have the urge to make their own networks. The repercussion of that idea gain the momentum when some of the alumni met on the APRIM 2008 in Kunming, China. These young astronomers agree to start their own collaboration. (See my old documentation here )

Flash forwarded to 2009 during the NAOJ Winter School in Japan, some of those young-astronomers agree to make the collaboration as an organized body, several names proposed, but finally SEAYAC (South East Asian Young Astronomers Collaboration) was selected. There was also meeting for SEAAN & SEAYAC in Manila, on 2010, but to attain a critical mass, sometime can be understood by how many people attending the meeting. 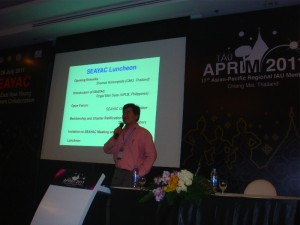 SEAYAC Luncheon, with The elected Chair of SEAYAC, Dr. Rogel M. Sese from Philippine give talk about SEAYAC

So, during the big event, such as APRIM, surely more people come. This prove important to attain the critical mass needed. I will only highlight the young-astronomers & not the senior SEAAN; since i have been there from the beginning. During this meeting, for the first time, the proposed charter for SEAYAC is accepted by large number of young & senior astronomers from the SEA as well. Then, followed by several actions, such as social networking establishment (facebook), and several meeting proposed;  astronomy in south east asia can hope for a better situation, because the network is ready, and the pool of future professional astronomers also ready.

To quote one from a friend of mine, Thilina Heenatigala from Srilanka: “We are heading towards to a period of Astronomy development in the region and it always nice to see countries moving forward with this.” 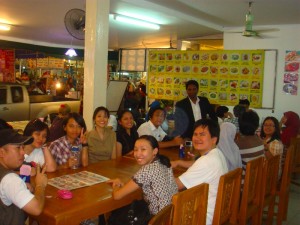