The Stars that fall from the Sky

Campfire of the World Space Week With HAAJ

The Gathering of Indonesian Astronomers

This panel from the comic Tintin (The Shooting Star), for me, is the primary source of astronomy, at least in my childhood. Okey, i will not discuss about comicology in this post, perhaps later. Instead from what i have learnt, the phenomenon of shooting stars could invoke stories, excitement, awe inspiring wonder, even indepth science exploration. Choose your own path for wondering the universe.

In this month only, there were several hypes of shooting star(s). Earlier in the October, there was report that huge meteor ‘slam’ a region in Bone, Sulawesi Island, Indonesia. There were various reports about this occurence and report from various media. Here is the link for the latest anaylsis & the media.

And just last week, there was another hype about the ‘Orionid meteor shower’. Unlike the previous one in Bone, which only happen once; the meteor shower (as the name shows), signed by the increase in the number of meteors at a particular time (usually around days). Usually, the meteor shower is the by-product of the comet remnant. As comets orbit the Sun, they left icy, dusty debris stream along the comet’s orbit because of the heat from the Sun. If Earth travels through this stream, we will see a meteor shower. Depending on where Earth and the stream meet, meteors appear to fall from a particular place in the sky, maybe within the neighborhood of a constellation. Since the last meteor came from the Orion, so the name Orionid meteor shower is adopted. 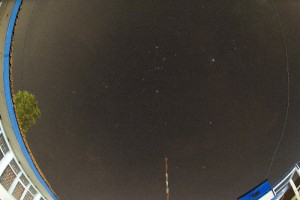 Where is the Orion?

For some, Orion can easily found; but not  that easy for general public, ‘where can i find this Orion?’ is typical question. So the phenomenon like the meteor shower is a good example on introducing the astronomy directly, by showing them what the sky looks like, according their own eye, while teach them to find ‘the stars’. Even if one missed the show, the shower will return next year, besides, there are various interesting objects to enjoy! The more important thing is, know where to find them. So, find your dark place, sit comfortably, with food & drink, don’t forget the star chart & enjoy the show! 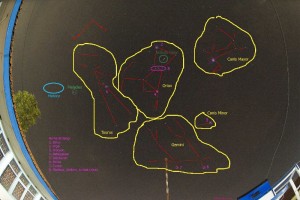 Here is the answer 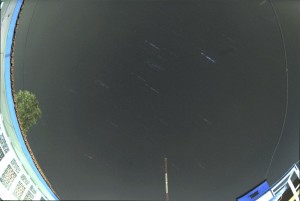 My experiment with the Orion Trail 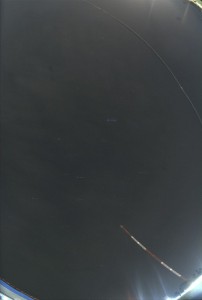 Another experiment with light