Last week i went to Nagoya, JAPAN; attending CAWSES symposium. CAWSES (Climate And Weather of the Sun-Earth System) is a five-year (2009-2013) international program sponsored by SCOSTEP (Scientific Committee on Solar-Terrestrial Physics) established with an aim of significantly enhancing our understanding of the space environment and its impacts on life and society. 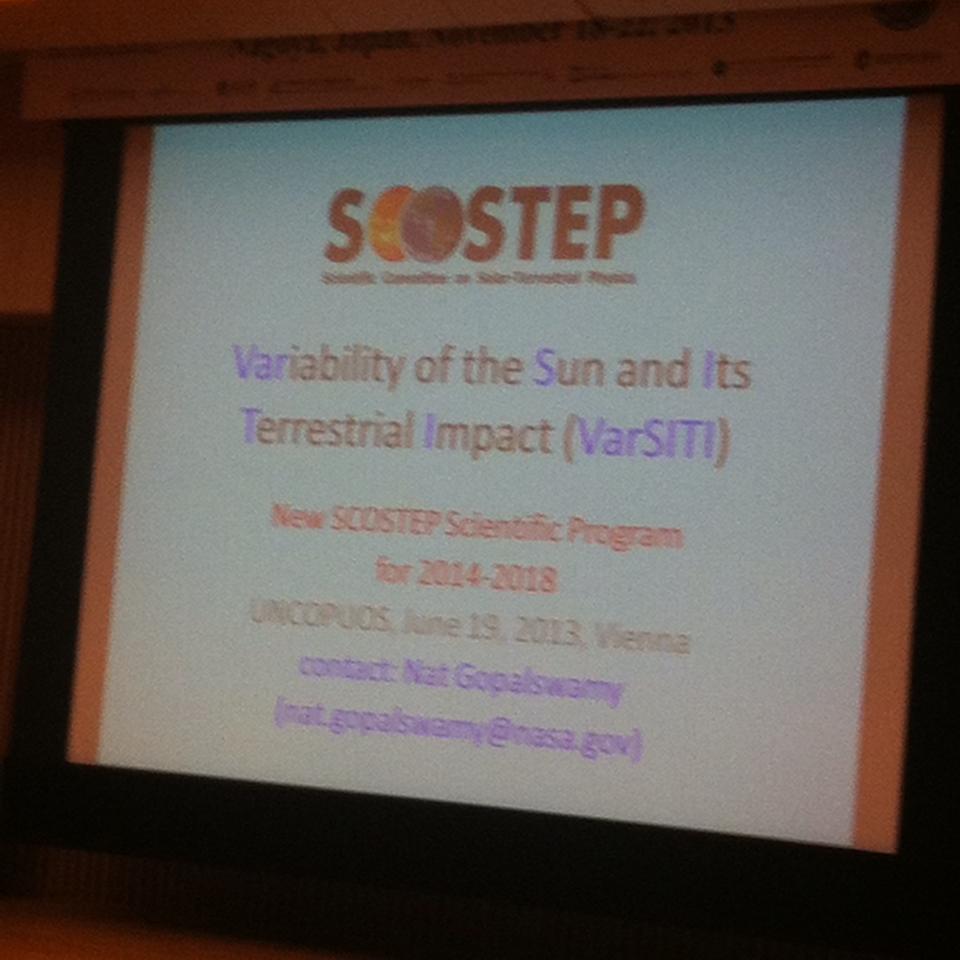 It is interesting that this frontier of science is multidisciplinary study, range from aeronomy, geophysics, and astronomy, we need to know better and better about our environment, from below the atmosphere, go to upper part, while on the same time the effect from above also playing more important roles in our habitable environment.

The next program for the future is VarSITI (Variability of the Sun and Its Terrestrial Impact), promoted by SCOSTEP (Scientific Committee on Solar-Terrestrial Physics). From the title it becomes obvious, the Sun has variability, and what is the consequences that affecting our living space? That is the question that the scientists want to answered. It is an interesting future for Solar-Terrestrial science.