The Nobel Prize in Physics 2011 goes to Supernovae!

Yesterday, while digging into more than 800 emails (already excluding spam) received during my summer vacation, I realized I have lost one of THE chances of my life. Scrolling down the list, searching for the most urgent things, I stumbled upon a message with a strange subject:

From the Dark Side of the Moon to Paranal

The sender is my colleague astronomer and good, old friend  Martino Romaniello, who is well aware of some of my passions. I open the message. It starts with

followed by a web link. I click on it and I see the picture you can also see here: 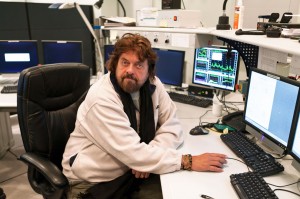 That is a blow. You might not recognize him, but I immediately did. It is nobody less than Alan Parsons, audio engineer, musician and producer, sitting in the control room of the VLT. There were times in my life when I only listened to J.S. Bach, Franco Battiato and Alan Parsons. His music is full of references to astronomy, and it is certainly not a coincidence that he visited the largest astronomical observatory in the world after his concert in Santiago, last May. You can see more of this and his new group, the SubClones, here.

I had dreamed so many times to meet him. And I lost what probably was my only opportunity. I just missed the event…

All what I could do, when I got back home very late yesterday, was to play an old Alan Parsons’ Project album (The turn of a friendly card) and celebrate with a cold beer the missed opportunity, in the deepest despair.

days are numbers, watch the stars/ we can only see so far 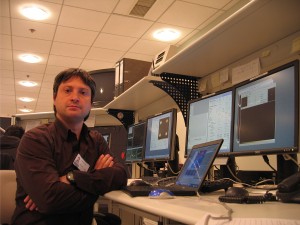