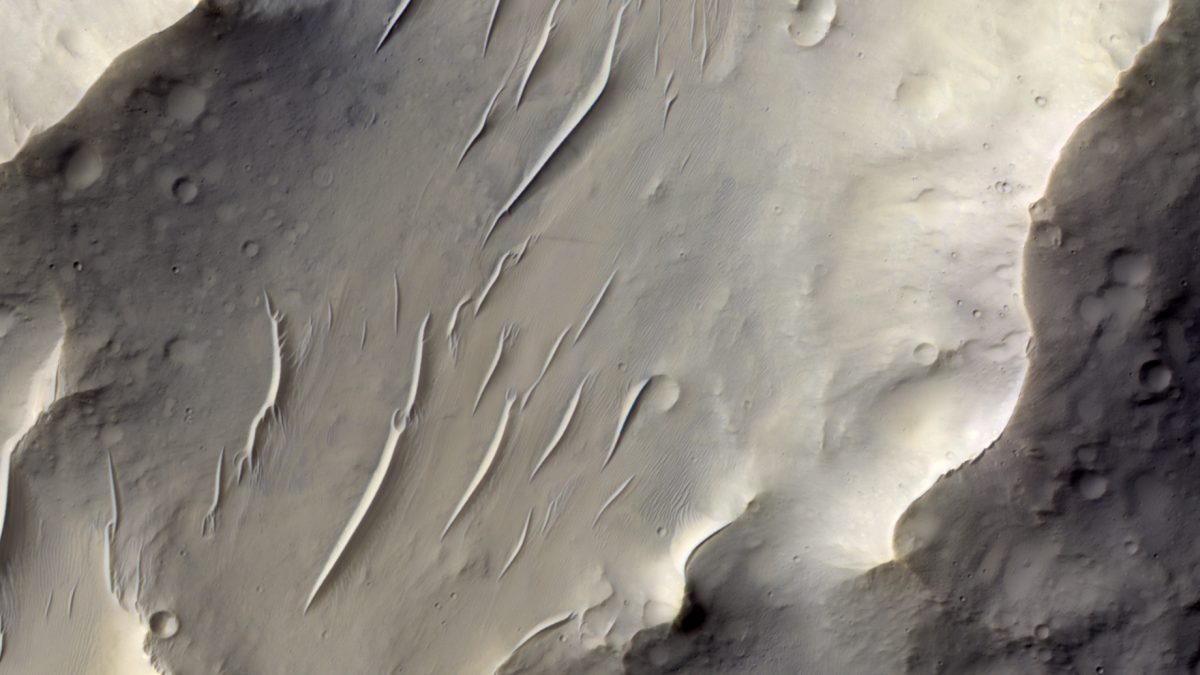 The wind on Mars is an artist, or at least it tries really hard to be one. It flutters up and down mountains, winding along valleys, dragging its wings in the sand and building up really amazing structures that could win any sand sculpture award. Well okay maybe I’m a little biased. Like this 0.92×1.325 km (0.57×0.82 mi) view (click to see the detail, it’s worth it): 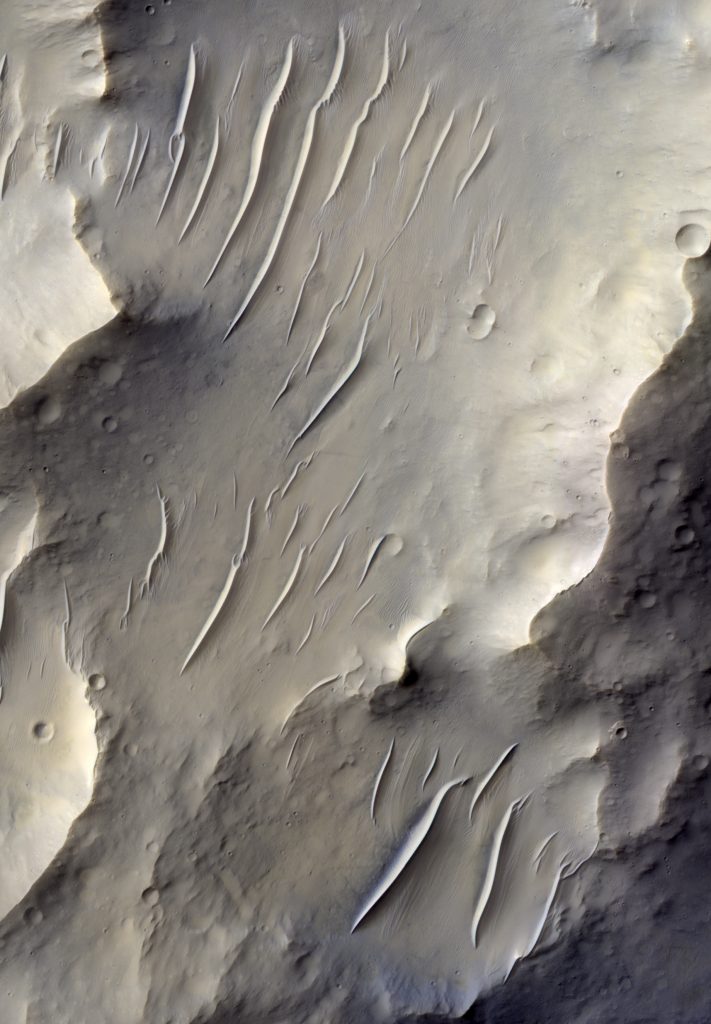 A while back (maybe a million years or so), the wind blew sediment from the lower right to upper left, leaving behind some long, thin ripple-like things we call TARs. It even managed to pile up some little ones on the hilltops, which is pretty wild. But the wind kept blowing, pushing the TARs downwind towards the left. At some point, the area ran out of new sand to pile up into new TARs (the loose stuff exited stage right), and so the wind started to erode them away. To the right of the bigger ones, you can see some lines that echo their shape — these are former interiors of the TARs. The lines are the remnants, showing where the big TARs used to be, before they got pushed downwind to where they are today. The only reason we see those “bones” are because the wind has eroded the surface enough to expose them.

The wind does more than just take stuff away though. If you look closely you’ll see very fine  parallel lines between the TARs. The wind did that, building them from the stuff the TARs left behind. They’re spaced by ~2 m (6.5 ft) but can stretch as long as 150 m (492 ft). It’s unusual to see the wind pile stuff up into such long parallel lines like this – on Earth this only happens on steep slopes, where gravity stretches ripples or dunes out. But there’s no steep slope here. There’s just something about TARs that lets them grow long and thin and parallel, without a lot of waviness (although some TARs are wavy too). Maybe these very thin pinstripes are baby TARs. How the wind does this, we still don’t know, but I do think it’s having fun.