“Baby” dunes on Mars are big 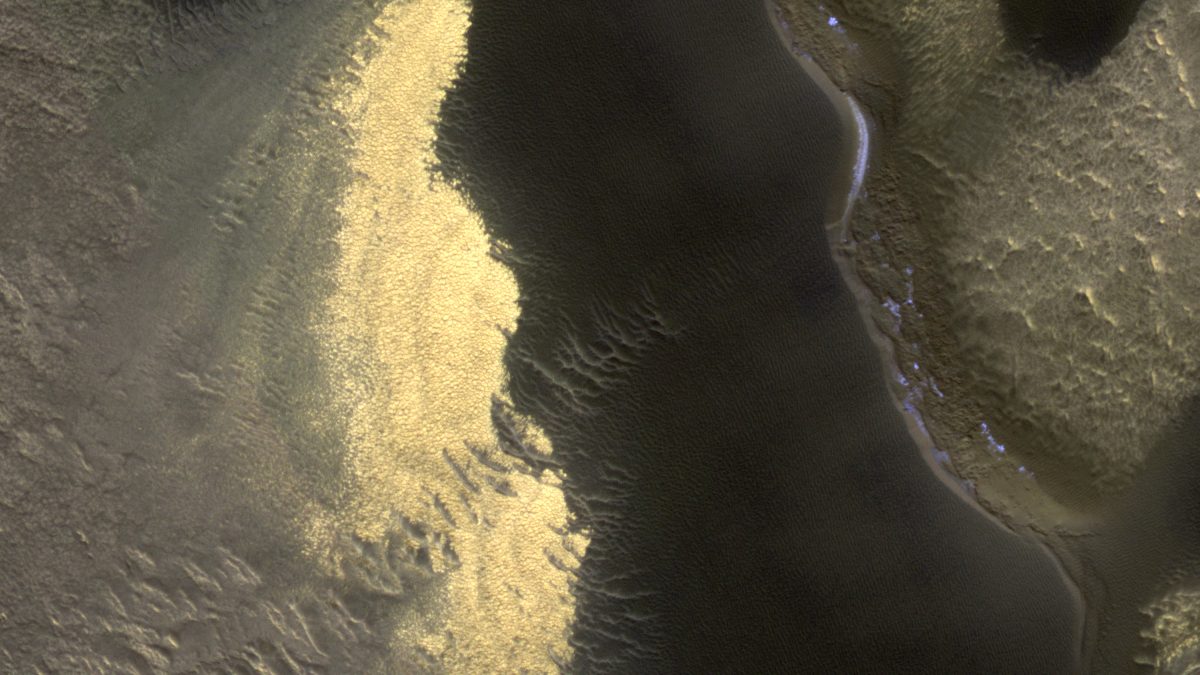 There’s so much going on in this 0.75×0.75 km (0.47×0.47 mi) image. You’re looking at a broad dune migrating toward the upper right. It’s early summer, but this is close enough to the north pole that some winter ice lingers (pale blueish white), amid slumps that have shed down from the dune. The slumps probably form as ice weighs down the dune sand — they are not seen on dunes at lower latitudes, where ice is less common.

The upwind side of the dune is interesting as well. The dark dune slowly migrates forward, leaving behind bits of itself (sort of like how a snail leave a trail of slime). Those left-behind bits have somehow formed into a bright surface — I’m not sure why it’s bright, but it is being slowly being broken into a polygonal shapes and eroded by wind scour, both of which are processes that are common at high latitudes on Mars.

What I like is the trail of ripples leading down from the center of the dune, back along the bright surface, and gradually disappearing into the terrain upwind. The ripples form in a low-lying area in the middle of the dune. They move more slowly than the dune, so they get left behind as the dune migrates on. The farther upwind you look, the more eroded those ripples look, until they blend in with the gray surface far upwind.