“Baby” dunes on Mars are big

Wind on Mars and the Huygens-Fresnel Principle 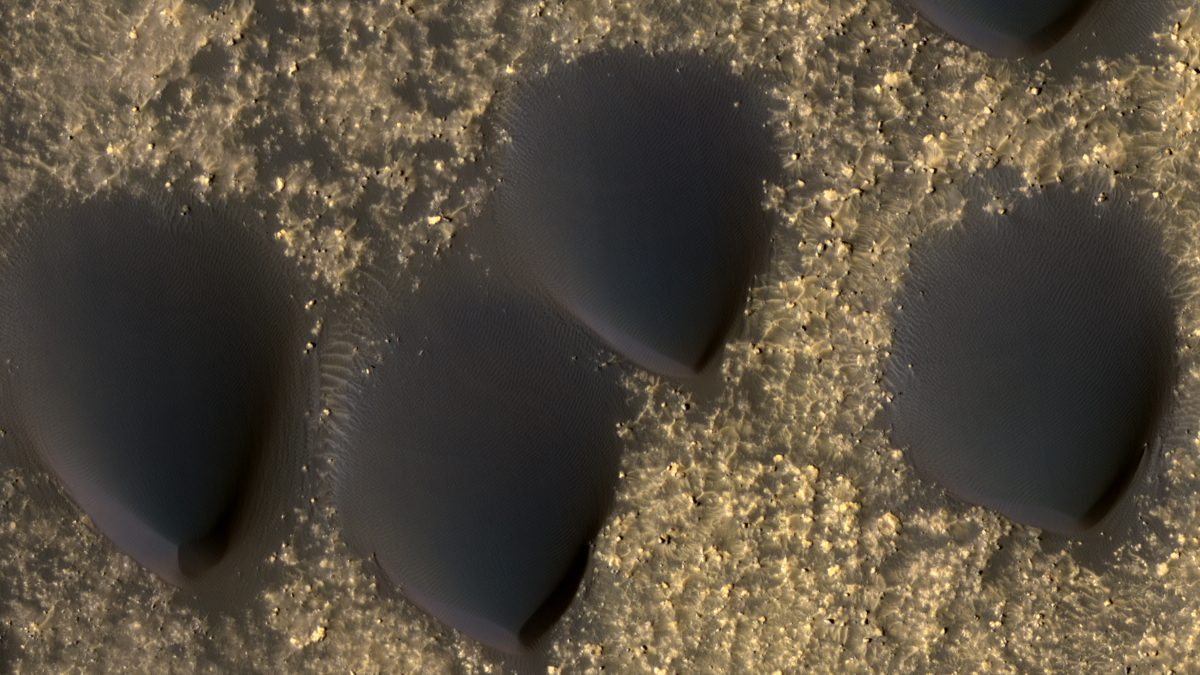 There’s another key difference between Earth and Mars dunes. The avalanching lee slope (the slip face) comes to a point in these dunes. That’s because there are two winds forming these dunes, one from the upper right and one from the upper left. On Earth, as winds alternate, they erode the older slip face and create a new one directly downwind, so you wouldn’t typically see two crisp slip faces meeting at a point, like they do here. There’s something about sand or the movement of sand on Mars that makes slip face creation faster than erosion of older slip faces, so you can see two of them at once.