Steno’s principles, or “how to make sense of pretty landscapes”

The trail of a dune 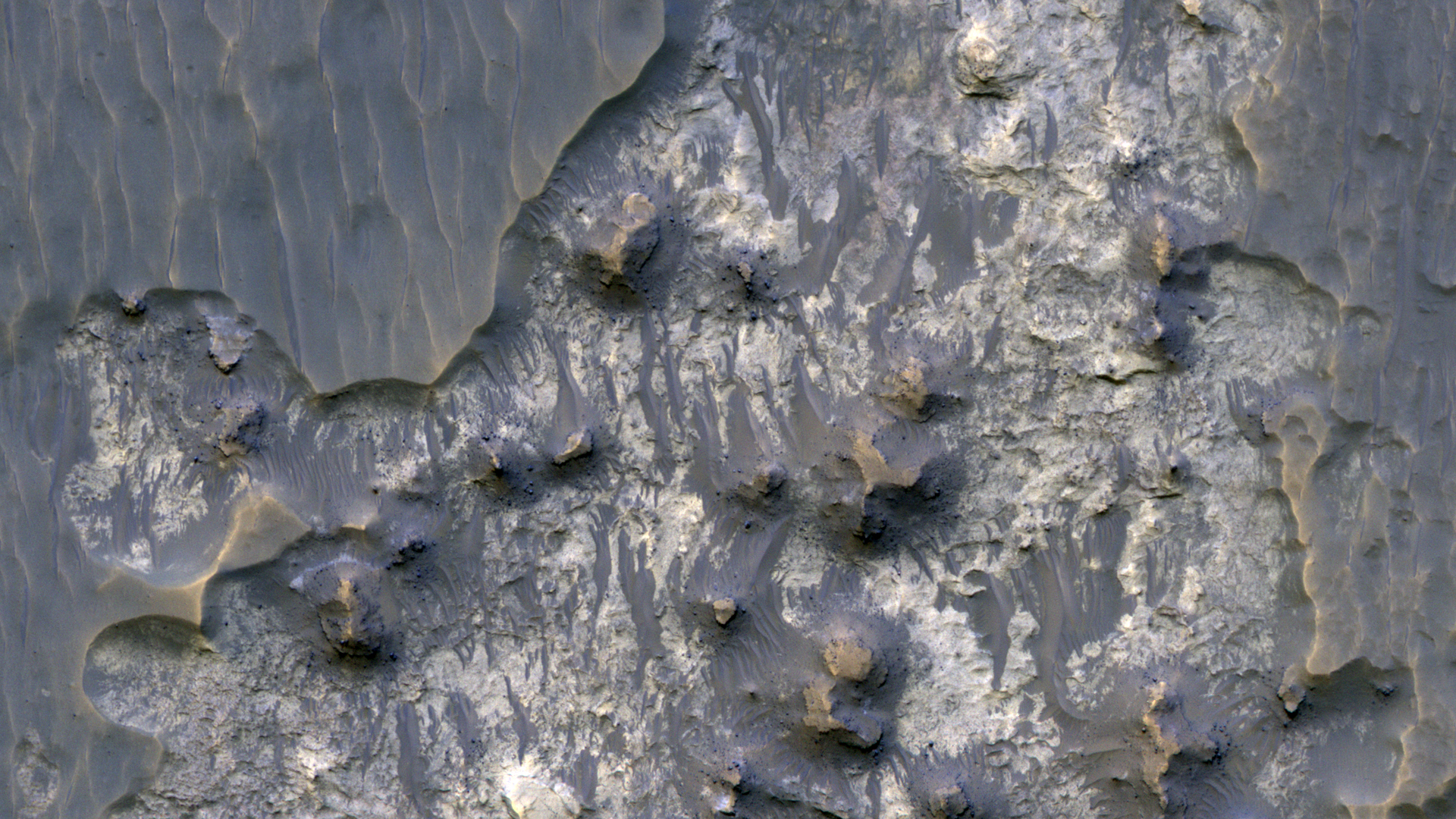 A Piece of Mars: Nicholas Steno was a 19th century geologist, who came up with some principles that are still used today to guide interpretation of exposed sedimentary rocks. The principles seem a bit obvious, but then some of the most profound principles can be like that. Emily Lakdawalla of the Planetary Society describes them in more detail here, with really good examples. You can use these principles to do forensics on a landscape, to see what happened and when.

You can see all three principles at work in this image.

#1: Stuff makes horizontal layers. (This isn’t always true, e.g., dunes and deltas make tilted layers, but most sediments pile up into flat, horizontal layers.) You can see that at work here: A thick layer of dark gray stuff once piled up on a flat surface of brighter stuff. Some of the dark gray stuff has since eroded away, but you can see that both the gray and the brighter stuff originally piled up in flat-lying layers.

#2: Older stuff is at the bottom. (Because newer stuff buries the older stuff, like the papers on my desk and the veggies in my fridge.) In this image, the brighter stuff must be older than the darker gray stuff, because the bright stuff is on the bottom.

#3: You can’t see the layers until they’re exposed by erosion or tectonics. (Because they’re buried. So if you see layers, you know something has happened so you can see them.) You can see the edges of the dark gray stuff, so you know it’s been partially eroded away – otherwise you’d never know the underlying bright stuff was ever there. Some of the material from the dark gray layer has been reformed into dark bedforms on the brighter layer, and those bedforms are probably the youngest features in this scene.

What I like most about this image has to do with yet another principle of layered stuff: Things that cut across other things are younger. Things that have been cut across are older (Like if you chop down a tree, then the axe cuts on the tree trunk must have been made after the tree itself grew. Duh, right?). You can see that in this image: on top of the dark gray layer are some old bedforms. They must be quite old, even cemented or lithified (turned into rock that the wind can’t easily move), because they’ve been cut by erosion at the edge of the gray layer. So not only was the gray layer once more extensive, but it had ripples on it, and those ripples formed and became immobile before that erosion ever happened.