Steno’s principles, or “how to make sense of pretty landscapes” 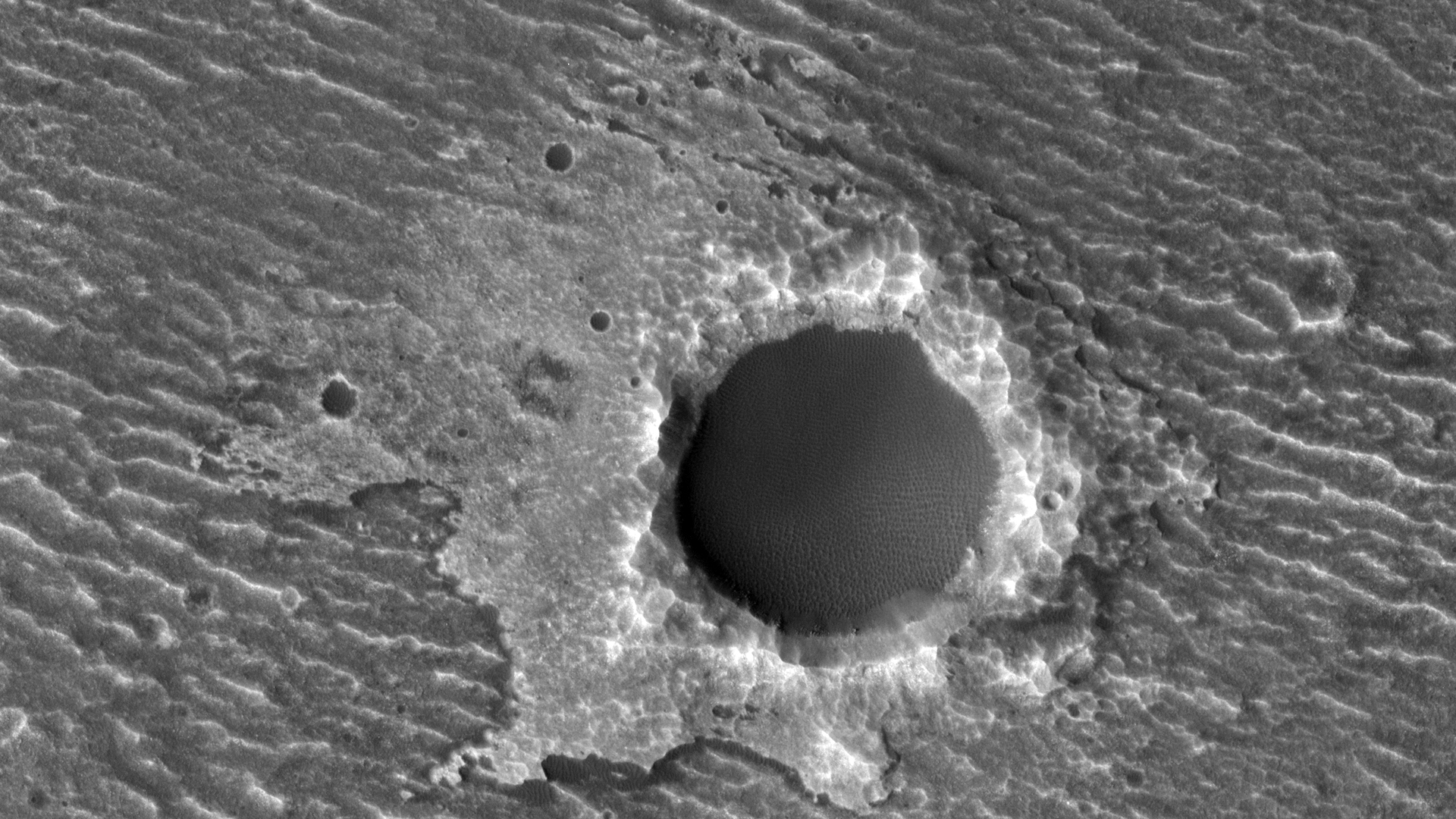 A Piece of Mars: Mars rarely does anything without drama. Long ago in this 0.96×0.54 km (0.6×0.34 mi) scene, large ripples formed and then, presumably, lithified (turned into rock). Some time after that, an impact formed the crater in the center, throwing debris into an ejecta blanket that covered the lithified ripples. That ejecta blanket sat around long enough to acquire some smaller impact craters of its own. Since then, most of that ejecta blanket has eroded away, exposing the ripples to view once again. (HiRISE ESP_011699_1910, NASA/JPL/Univ. of Arizona)