Special delivery for the Gemini South telescope. GPI has arrived!

Packing a planet imager instrument for a trip to Chile 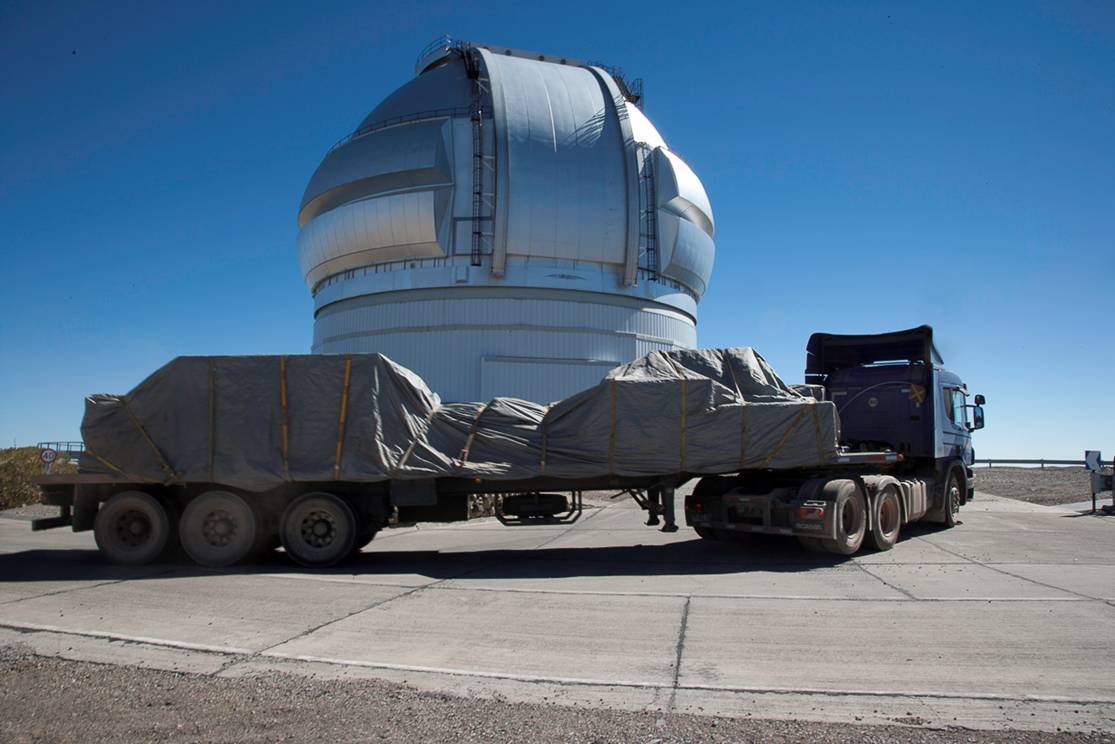 Stephen Goodsell, Gemini Instrumentation Manager, surprised most of the Gemini Planet Imager (GPI) team on August 16 at 3am when we received in our mailbox his email announcing that GPI  landed to Chile. The crates containing the dismounted instrument (see our previous post) had been loaded in a Boeing 747 from Lan Chile and flew to Lima then Santiago (LA601). After quickly clearing customs, the local GPI team could inspect the crates and determined that they arrived in excellent shape and condition. 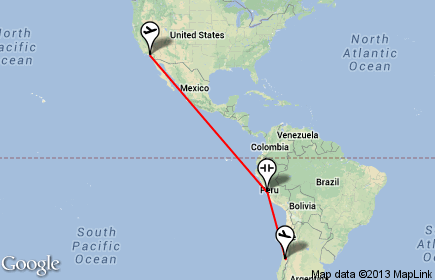 A truck carried the instrument to Valparaiso, where a second truck better designed to unload the instrument at the observatory, brought it to the North of Chile via the Pan-American road.

The 8 crates containing the instruments, its electronics, cables and spares were delivered on Saturday on the top of Cerro Pachon , the mountain of the Gemini South Telescope. That was definitely the fastest trans-American trip for a 2-ton astronomical instrument. 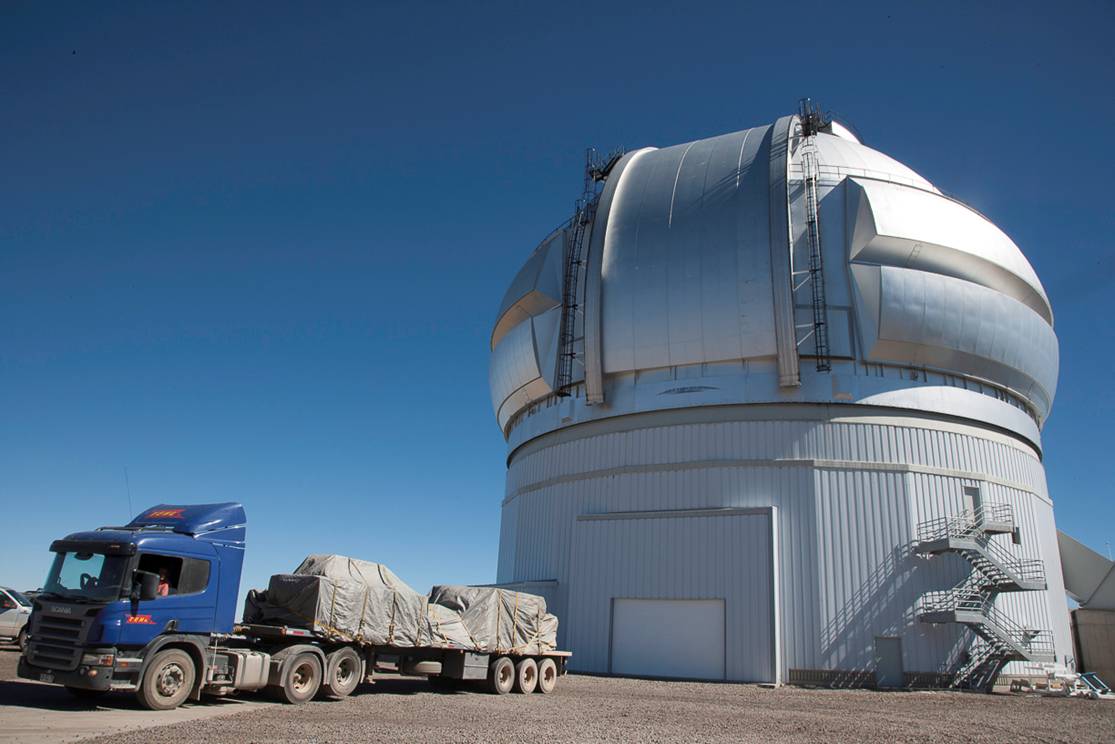 The truck arrived on the top of Cerro Pachon on Saturday August 17 2013. That was a special delivery day for the Gemini South telescope. (credit: Stephen Goodsell and Gaston Gausachs)

Now the instrument has reached its final destination, the next step, called the telescope integration, will consist in unpacking the boxes and setting up the instrument on a rig in the observatory’s clean room. Several members from the GPI team will fly in the few days to Chile to participate to this crucial phase, indispensable to have an instrument ready for the first light. 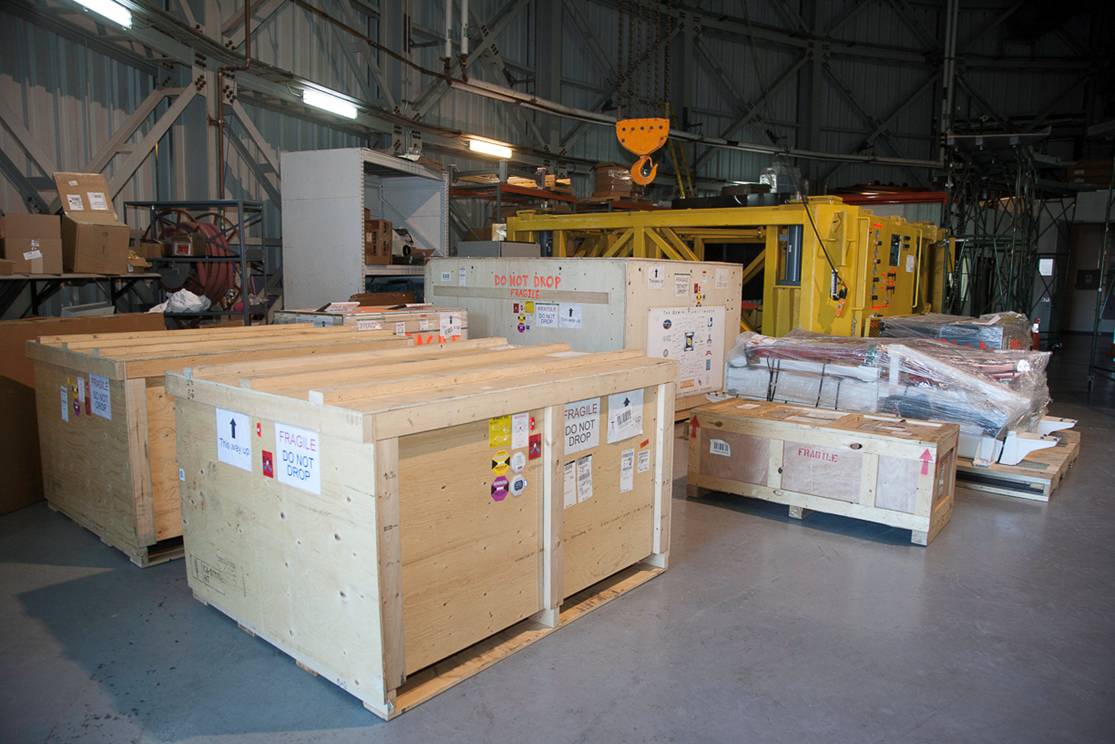 The crates are unloaded in the storage area of the Gemini South telescope (credit: Stephen Goodsell and Gaston Gausachs)

When exactly GPI will capture its first photons from a star (and hopefully an exoplanet) visible from the southern sky will depend on the success of this phase. It may take a few months to have an instrument ready to operate with the 8m Gemini South telescope, but then our goal is to make the operation as flawless and optimized on the sky as possible… then the discoveries of young Jupiter-like exoplanets will come along.

GPI is a project part of the Curiosity Movement. You can support our project by participating to this crowdfunding campaign.