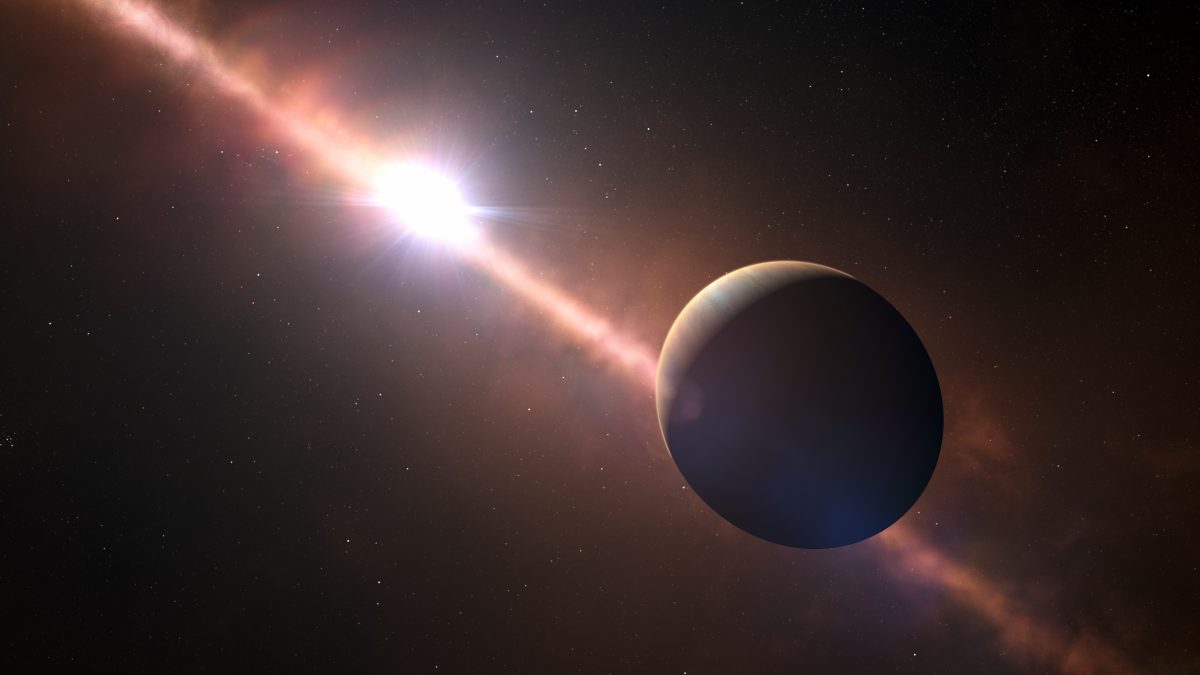 Eric Nielsen, formerly a post-doc at the SETI Institute and now a researcher at Stanford University, led a study of the planet beta Pictoris b that combined direct observation of the planet recorded with the Gemini Planet Imager with additional data from space and ground-based observations. The team estimated the mass of this distant planet to be eight to sixteen times that of Jupiter and found that it likely has an elliptical orbit. A video shows the motion of the planet around its star, something that was inconceivable fifteen years ago.

Since it was installed on the Gemini-South telescope in 2013, GPI has been continually observing beta Pictoris, studying its debris disk, atmosphere, and orbit, and searching for additional planets in the system. What makes beta Pictoris b special in the family of directly imaged exoplanets is that it is close enough to its star to complete an orbit in just twenty-five years, which means astronomers are less than a decade from observing a full beta Pic b year since its discovery in 2003. The orientation of the planet’s orbit with respect to Earth is more edge on than other imaged planets—in fact, it just misses passing directly in front of its star.

Seeing the exoplanet β Pic b from Franck Marchis on Vimeo.

A new paper from the GPIES team determined the planet’s orbit based on a decade and a half of images, as well as radial velocity measurements of both star and planet, and space-based astrometry, which measures the star’s reflex motion. Since the amount the star moves in response to the planet depends on the planet’s mass, this combination of different techniques has been key to learning about the mass of beta Pic b, a rarity among directly imaged planets. This movie shows the combination of all GPI images of beta Pic b from 2013 until 2018, including the gap between 2016 and 2018 when the planet’s orbit took it too close to the star to be detected.

GPI will shortly move to Gemini-North, from which beta Pic is unfortunately not visible; here it will instead search for planets not visible from Gemini-South. Other instruments, including VLT/SPHERE, will continue to monitor the orbit of beta Pic b in coming years.

Many surprises about this system will no doubt be uncovered in the near future. For instance, a recent paper led by Anne-Marie Lagrange showed evidence for a second planet in the system, beta Pic c, based on radial velocity measurements of the star. This planet is expected to have a mass (and thus a brightness) similar to beta Pic b, but be about four times closer to the star. Future observations, especially with upgraded instruments in the southern hemisphere such as the ELT, may be sensitive enough to image this second planet as well, which is expected to be in a similar edge-on orbit as beta Pic b.

What a feast it will be for astronomers when they can study and understand more of these multiple systems by directly imaging their planets!