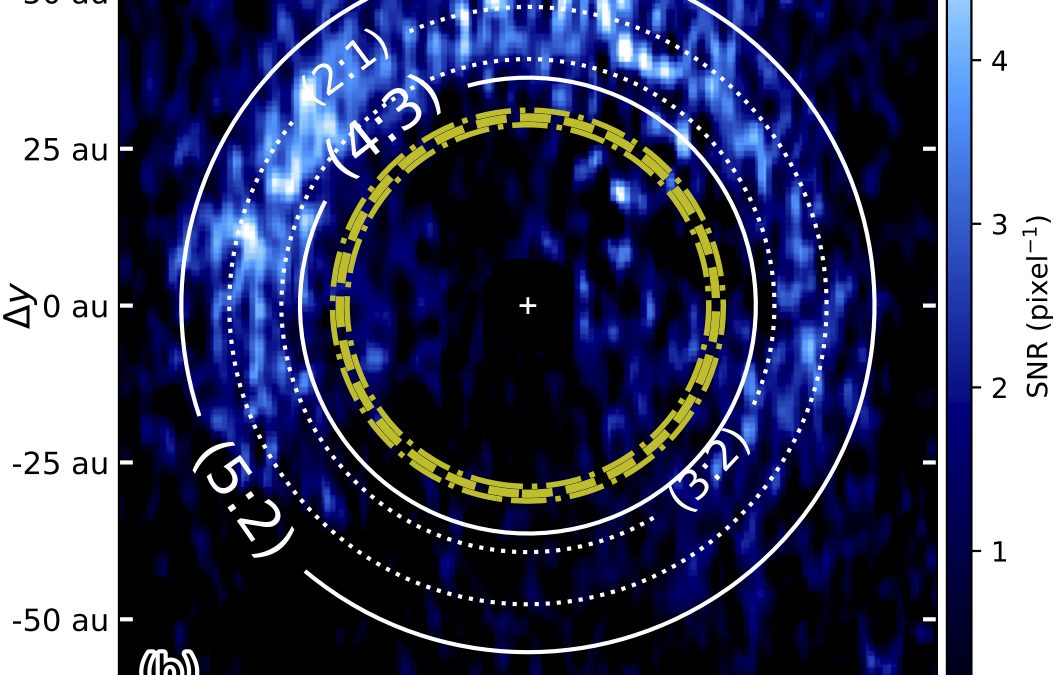 A team of astronomers led by Bin Ren (The Johns Hopkins University) imaged the debris disk system around star HD 191089 using the GPI instrument, located at 160 light-year away from us. The structure of the debris disk around this younger sibling of our Sun is strikingly similar to our own Kuiper Belt. New technology available maybe in 2030s, like the giant space telescopes (HabEx & LUVOIR) could one day tell if there is also an Earth 2.0 with the Belt delivering water right now, or is there an exotic world that we have never seen or imagined, or maybe (and sadly) if there is nothing but void.

Written by Bin Ren and posted on the Cosmic Diary GPI Blog Post with her permission.

Since NASA’s New Horizons’ visit to Pluto in 2015, the spacecraft began its journey in the hometown of Halley’s Comet—the Kuiper Belt. Kuiper Belt is a ring-like structure that is located between 30 and 50 astronomical units (au) from our Sun (Figure 1). The belt, which may contain millions of icy minor bodies, is shepherded and shaped by Neptune’s gravity. Nevertheless, despite its far distance to our Earth, it is believed to be one of the major reservoirs of Earth’s water that we live on everyday. 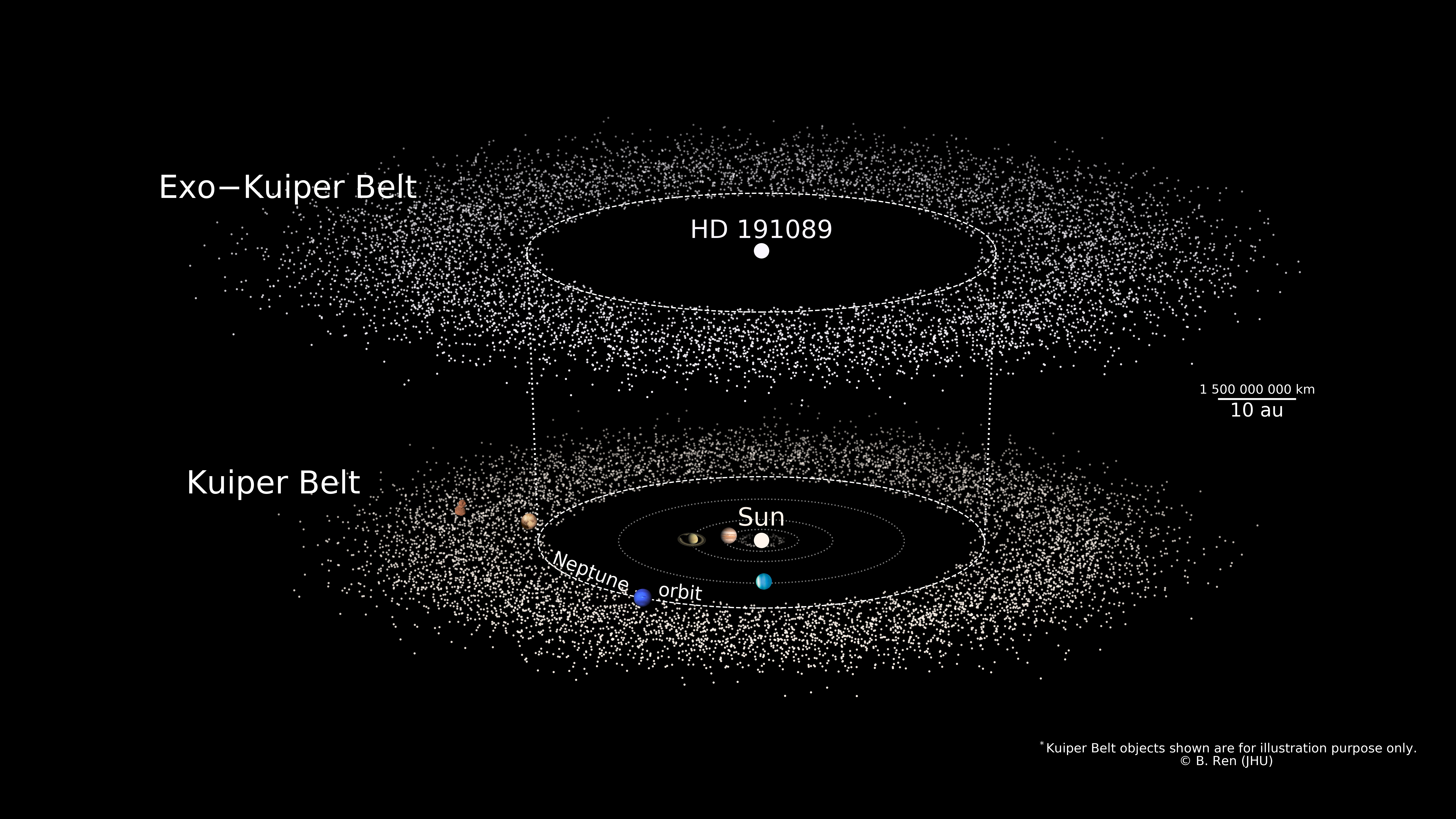 Figure 1. Schematic image of the solar system Kuiper Belt and the Exo-Kuiper Belt around star HD 191089.

Like the more than 4000 confirmed exoplanets around other stars,1 Kuiper Belt–like structure is not unique to our solar system. Similar structures, known as “debris disks”, have been detected around 20% of stars.2 In fact, debris disks were first discovered earlier than the first exoplanet. They are the dust residual after planet formation that occurred within the first 10 million years of a star’s life. These dust particles absorb high energy ultraviolet photons from their host star, and emit light at longer wavelengths such as infrared. As a result, the whole system is brighter in these wavelengths. When there is a large amount of such particles, they are bright enough for our telescopes to see. While debris disks are ubiquitous around stars, they are diverse in size and shape. The size and morphology of our Kuiper Belt, as well as its role in delivering water, makes it unique to the Sun.

One of the most straightforward evidence for the existence of a debris disk is to take photos. However, taking photos for debris disks in visible light or near infrared is challenging. In these wavelengths, dust particles in debris disks only scatters a small fraction of star light. As a result, star light overwhelms all of these images. Nevertheless, astronomers figured out ways to image debris disks—adopting coronagraphs to block and suppress central star light, using another star as a template to remove the star light, and observing the systems at different light polarization directions, etc. These observational designs, combined with advances in data reduction methods, allow astronomers to have more than 40 debris disks imaged in scattered light by 2018.3 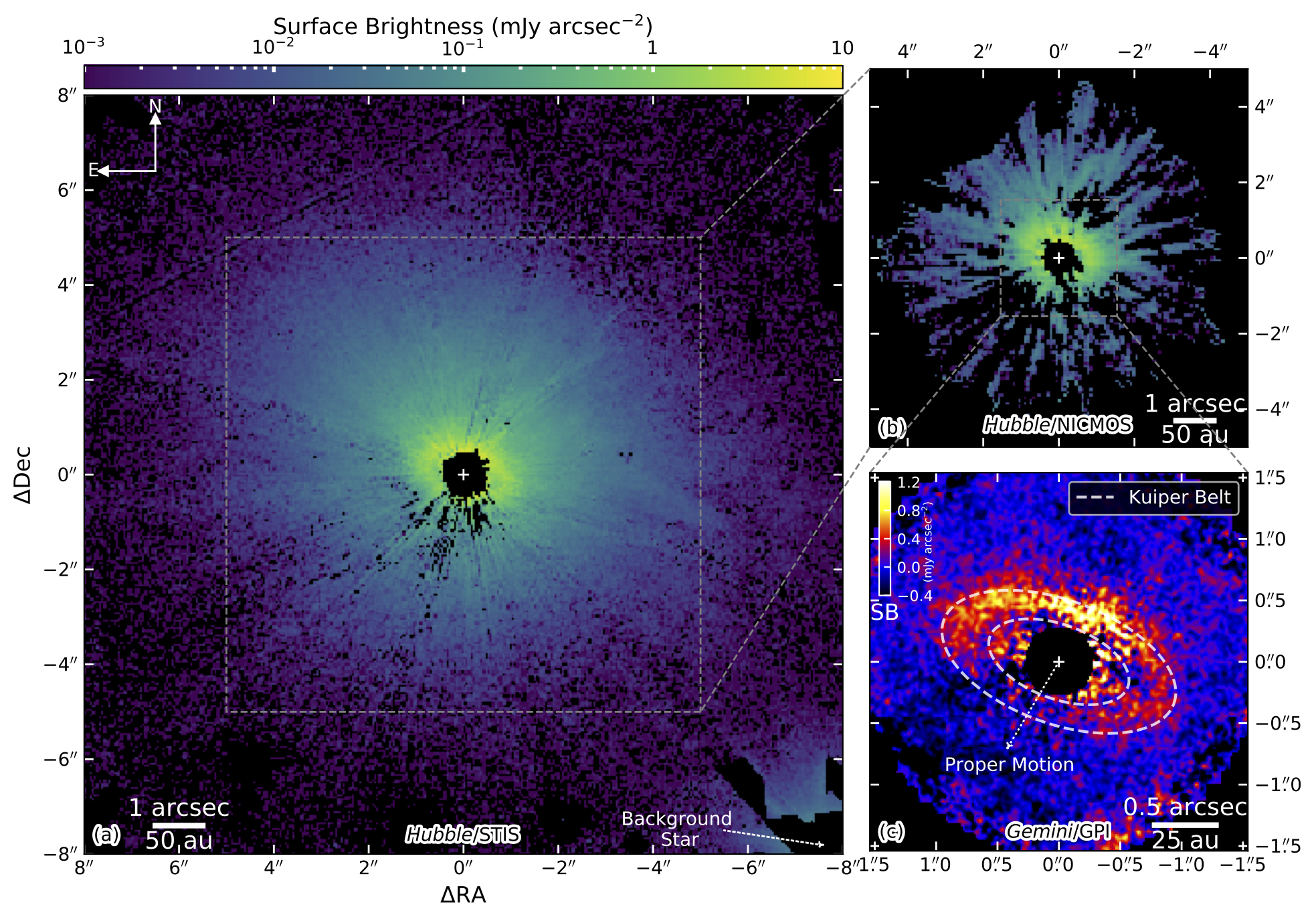 Among the imaged debris disks, there is a unique one that resembles our Kuiper Belt in its size and shape. Recently, a team of astronomers led by Bin Ren (The Johns Hopkins University) used the Hubble Space Telescope and the Gemini Planet Imager (GPI) in the Gemini Observatory, obtained the first high resolution scattered light images for the debris disk system around star HD 191089.4 The star itself is a younger sibling of our Sun—just about 200 times younger and 10% hotter.

Being the closest Kuiper Belt analog, is the HD 191089 ring an authentic sibling of our Kuiper Belt in all aspects? To investigate this scenario, the most direct evidence is to detect water ice and a shepherding planet for the ring. However, such features are hard to detect until the mid-2030s—when the LUVOIR or HabEx telescope is launched. Nevertheless, astronomers find an indication of the existence of a shepherding planet (Figure 3). By measuring the inner and outer edges of the ring, they conclude that if the edges are periodically perturbed and shaped by a planet, the planet is likely located at 30 au—exactly how Neptune has been shaping our own Kuiper Belt! 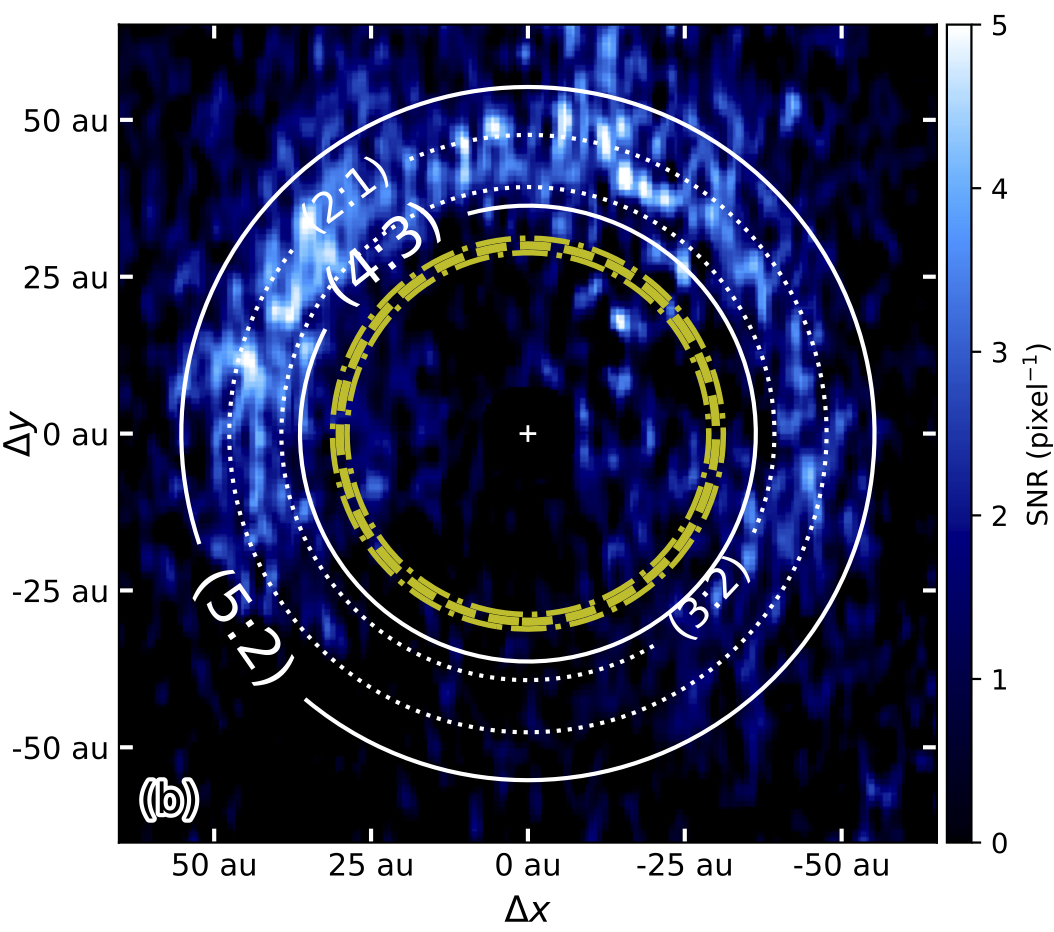 The faint halo of HD 191089 is also intriguing. In current debris disk formation theory, halo particles are believed to originate from the ring. These small particles are generated from collisions of larger particles in the ring, then they migrate outwards due to the radiation push from their star. Astronomers confirmed the difference in dust size using the brightness of the ring and the halo at different wavelengths as a proxy. Nevertheless, unexpectedly, the surface brightness of the halo does not decline fast enough when the dust particles are farther from their host star. One of the explanations might be that the outward motion of the small particles is slowing down, with the surrounding interstellar medium being the major suspect.

Although astronomers have found the first young sibling of the Kuiper Belt, they still need to assess whether the structure of our solar system is typical in the Milky Way. Most of the exoplanets1 and circumstellar disks2,3 detected by far are not similar to our own solar system at all. However, this is also likely to be a confirmation bias—the solar system planets, asteroid belt, Kuiper Belt, and even the diffuse Oort Cloud, are too faint to be detectable—only the brightest extrasolar objects can be detected using current technology.

For the young Kuiper Belt around HD 191089, are there planets interior to the ring like our solar system including Earth 2.0 with the Belt delivering water right now, or is there an exotic world that we have never seen or imagined, or is there nothing but void? Stay tuned. With the development of technology, these questions will be investigated in the mid-2030s when the next generation of large strategic science missions (LUVOIR, HabEx, etc.) are launched. The question of whether our solar system is unique will be better answered in two decades.