GPI is ready for its new location in Chile

Packing a planet imager instrument for a trip to Chile

It is now official, The Gemini Planet Imager (“Gee-pi”) is ready for shipping to Chile. This decision was taken on July 19 after the positive pre-delivery acceptance review. From its current home at the University of California Santa Cruz, the instrument’s Integral Field Spectrograph (IFS) began its warm-up a week later (July 25th), and the computers were shut-down two days ago (July 31st). 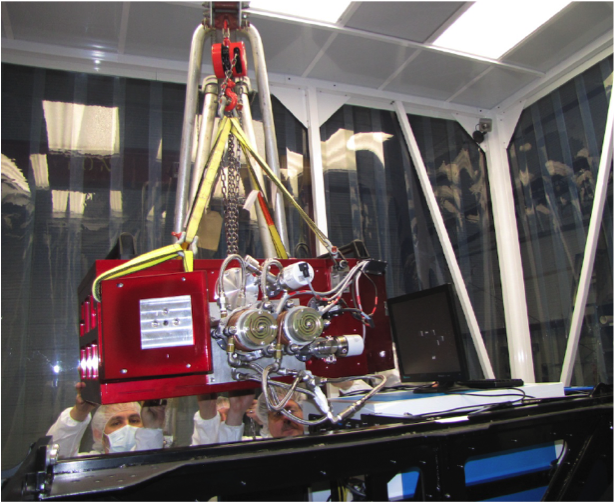 GPI is going to be carefully packed for a long trip to Chile. The instrument will be shipped to the southern hemisphere by plane and should arrive by the end of August.

Bruce Macintosh, Principal Investigator of the instrument and researcher at the Lawrence Livermore National Laboratory, and two members of the GPI consortium, Christian Marois astronomer at the National Research Council in Canada  and Franck Marchis,  senior planetary astronomer at the SETI Institute, participated in a Google Hangout where they talked about the instrument’s status and its future capabilities.

During this hangout we also announced the kick-off of a crowd-funding campaign to fund the science operation of the instrument. This is an opportunity for all of you to be involved in the project. Visit our web page campaign part of the #curiositymovement and consider making a tax-deductible donation.