How many dust devils can you find? 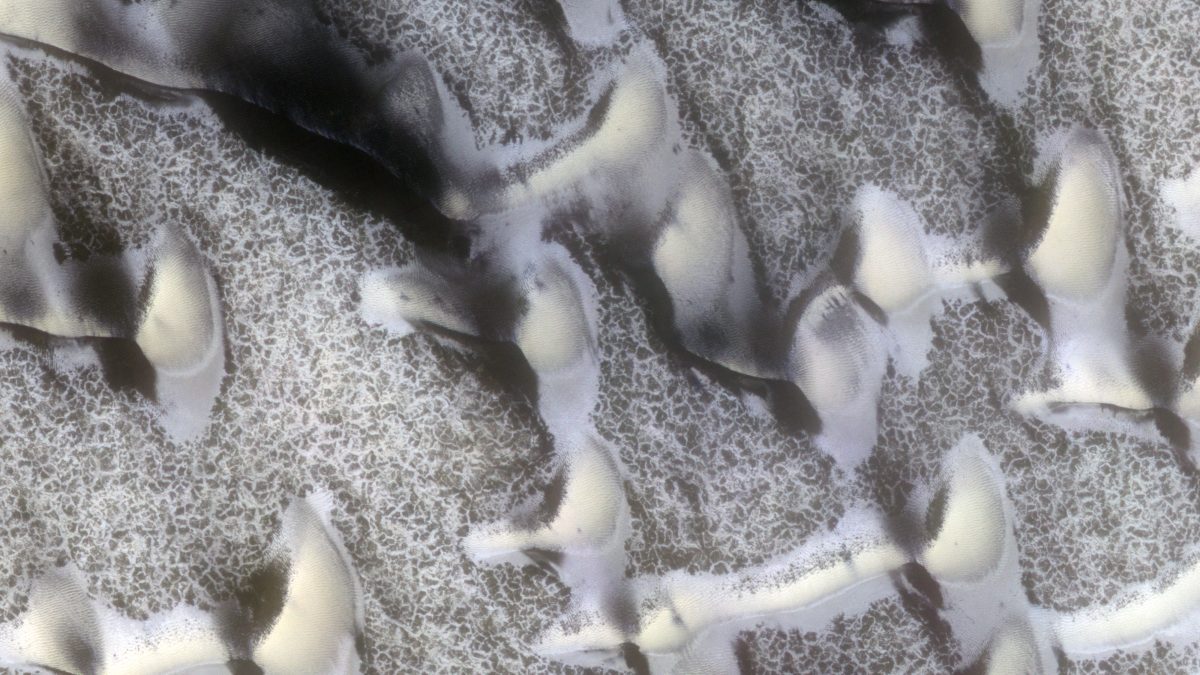 It’s spring in the northern hemisphere on Mars. Actually, as of today, it’s pretty close to northern summer solstice, but the recent crop of released HiRISE images mostly come from the spring season.

Northern polar dunes on Mars get covered in winter frost every year. That frost sublimes away, bit by bit, as the sun rises higher and the days grow longer throughout northern spring. It’s a fun process to watch, like in this image: 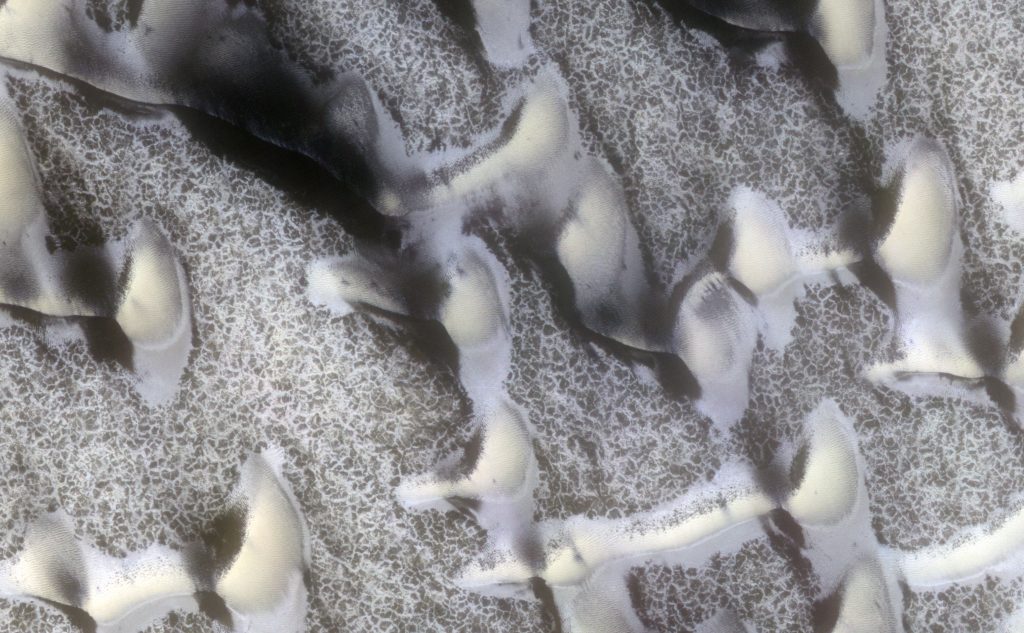 The image is tilted a bit so that north is to the upper right. Sitting on the mosaic-tile of northern patterned ground are the slowly defrosting dunes. The sun shines most directly on the south-facing slopes, so the dark slopes facing toward the lower left are the most free of frost.

But there are other dune surfaces that are also dark, right next to dunes that are still mostly covered in bright frost.

The sun hasn’t reached the northern slopes (much) yet, but some of the north-facing slopes are dark. It can’t be the sun sublimating the ice, so it must be the work of the wind. Either the wind blows away the bright frost to reveal the dark sand beneath, or it blows dark sand onto the bright frost – probably a bit of both of those things.

I wish we had a timelapse series of this dune field, to see when and where the wind blew sand and frost, and to match that up with the broader weather patterns in the region. Is it a nighttime wind screaming away from the polar caps that is able to make these sweeping dark patches? Is it a daytime convectively-driven wind that picks up after the sun rises (the same kind that makes dust devils)? Is it related to spring dust storms seen near the polar cap by MARCI?

Whatever caused the wind to blow, it makes beautiful patterns. Here’s to hoping that someday someone will figure out what it’s doing.