Why does Lori study dunes on Mars? 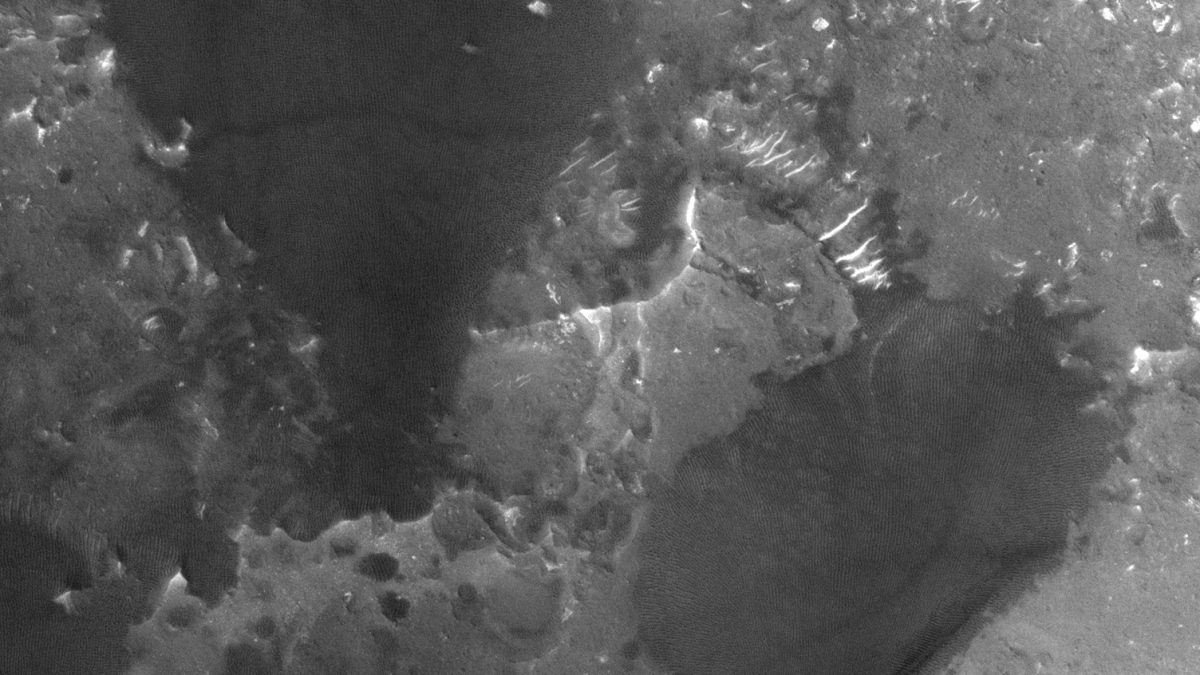 InSight landed in Elysium Planitia on 26 November, 2018, about a month ago as of this writing.

Pictures show that it’s a flat place, with small scattered rocks lying around. Unlike in Gale crater, where Curiosity is slowly working its way up the side of a 5 km mountain with a spectacular view of the crater rim, InSight’s landing spot is a little boring.

In a way, though, that’s interesting, if simply for the contrast between the two sites.

Despite this big difference in relief, there is one thing the sites have in common: the big global-scale wind patterns. In Gale crater that big wind pattern is a bit muted, and the local topography can create its own winds, which can in turn either work to augment or cancel out the big global wind patterns.

This makes for warm southern summer air temperatures, which make the air in the southern hemisphere rise up and up, like a hot air balloon. As that air rises, new air rushes along the surface to take its place. And so, along equatorial parts of Mars, the strongest surface winds usually blow from north to south during southern summer (perhaps deflected a bit as a result of local topographic obstacles or other similar factors).

You can see this global wind pattern in many of the equatorial dunes on Mars, which are all slowly marching southward (give or take).

You can see it in the Bagnold Dune Field in Gale crater visited by Curiosity (located at 4.6°S), as beautiful barchans majestically slide to the southwest:

You can see it in the Greeley Dune field in Endeavour crater that Opportunity saw in the distance (located at 2.3°S), where the dunes are mainly formed by a wind blowing from the northwest (and perhaps a secondary wind from the northeast): 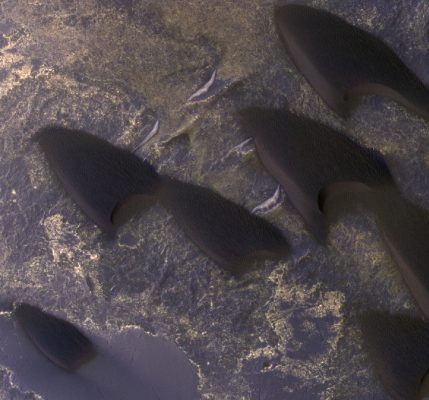 What about at InSight’s landing spot, at 4.5°N? Well there aren’t any dunes right in that spot. They tend to form in low-lying areas, not out on flat plains where the lander is. But there are a few craters not too far away, and one about 230 km to the southwest has a small dune field in it. These dunes aren’t as pretty as the others I’ve shown above, but they do show that the main dune-forming wind blows from the northwest: 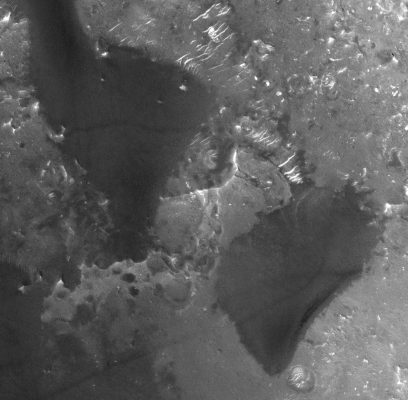 One of my career goals is to use aeolian features on Mars (or anywhere, really), to validate numerical models used to forecast weather patterns and decipher the record of climate shifts. It’s really nice to see these modern dunes oriented in the direction of the strongest winds that our global models have calculated. Go science!