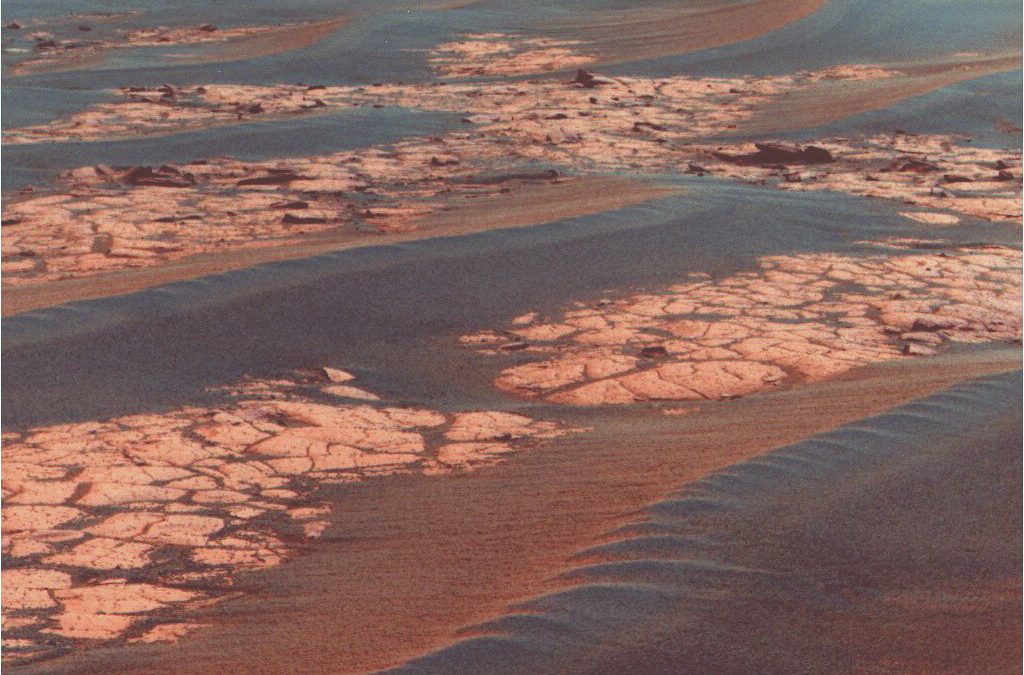 Today a big thing happened: a paper I’ve spent a year or so working on has finally been published in the Journal of Geophysical Research: Planets (which we just call “JGR Planets”). Scientists write a lot of papers, so it’s not as momentous as, say, graduating (or watching a student graduate), but it’s still a really nice feeling. I can now download a PDF of the paper, look at all the pretty formatting, lovely figures and tables, pages of analysis and what I hope will turn out to be insightful discussion, and say “Yeah, I did that, and with some great colleagues. It’s awesome”.

I’m going to try to explain what we did. If you can access the paper itself, you’ll see that JGR now includes a “Plain Language Summary”, the journal’s attempt to reach a wider audience. It’s not a bad idea in this era of ever-deepening specialization, so that even professional scientists in adjacent fields can struggle to understand each others’ work.

Let’s start by talking about Mars’ climate system. Like Earth, Mars has an atmosphere, polar ice caps, glaciers, wind, and even (a little) snowfall. And like on Earth, Mars’ climate changes over time. We know this because we see evidence of widespread glaciation, many surface features that are telltale signs of the former presence of ground ice that has in some cases sublimated away, and dust mantles that accumulated as the dust fell out of the atmosphere – much of which are now deeply eroded.

You have probably heard about Mars’ ancient climate: the widespread floods and even sustained water flow that carved out deep meandering valleys. Those formed billions of years ago. They’re awesome, but here I’m talking about much more recent climate change – within the past million years or so. I’m talking about stuff happening on Mars while Earth was undergoing ice ages that human beings and our near cousins, like the Neanderthals, lived through. These climate changes are far less dramatic than the ones that produced the giant floods, but on a human scale, they still have a big impact on Mars.

(There were no non-avian dinosaurs in the past million years. But you knew that, right?)

The most recent ice ages on Earth can be tied to Milankovic variations, as Earth’s axial tilt wobbles, as its orbit changes circularity (orbital eccentricity), and as the season of perihelion varies. This affects the distribution of heating across the planet, which can lead to either the buildup or melting of of ice. Mars does the same thing, only on a much, much grander scale. All of its various planetary wobbling is much more extreme than on Earth. This has had a big impact on how thick the atmosphere is. Right now the mean air pressure is in the range of 6 to 7 mbar, about 0.6-0.7% that of Earth’s atmosphere. Recently the radar SHARAD found vast deposits of CO2 ice locked under the south polar cap, that appear to have been part of the atmosphere within the past million years. When Mars’s axial tilt is low, CO2 gas accumulated at the poles in the form of ice, and some of it got stuck there when the planet’s axis tilted back. So within the past few hundred thousand years, the atmosphere was substantially thicker than today, as much as twice the current air pressure. That means an air pressure of maybe 12-14 mbar, which seems low compared to Earth’s atmosphere, but it makes a huge difference when it comes to where glaciers can form, how quickly they’ll melt, how much dust is lofted into the air, where it’s deposited, how quickly sand dunes migrate and how fast that sand can erode rocks, and many many other processes. It’s a game-changer for Mars climate science and geology.

Our understanding of the impact of all of these Mars climate changes depends mainly on:

This has led to the problem that Martian numerical climate models can’t be rigorously tested for accuracy, because almost none of those climate-related features on the surface of Mars (like glacial moraines) have been dated accurately enough to nail down when they formed. It leads to a bunch of hand-waving, relative dating, and speculation. Earth scientists are often shocked by how imprecise Mars science (and all planetary science, really) can be, but it’s not because we aren’t trying – we wouldn’t know much about Earth’s geology either if we couldn’t do any fieldwork or bring home specific samples to test in various labs.

That’s where our work comes in. (What, you thought I’d forgotten about my own paper?).

I study windblown features on the surfaces of worlds in the Solar System. Things like sand dunes, ripples, wind-eroded rocks, and dust devils. Meridiani Planum is a vast plain just south of the Martian equator, where the Mars Exploration Rover Opportunity has been trolling around since 2004. The plains are covered in an endless “sea” of large ripples (a class of ripples known on Earth as “megaripples” or “coarse-grained ripples”). Here’s an example:

a) HiRISE image ESP_016644_1780, showing the plains ripples of Meridiani Planum from orbit. The red circle marks the location of Opportunity on sol 2027 (6 October 2006) and the black lines show the field of view of b) a view from Opportunity’s Pancam on sol 2027.

Here’s what we know about the timing and formation of these ripples, from various other researchers (references can be found in my paper, or you can ask me):

That means we’ve got a fairly tight time constraint on changes in 1) ripple activity level and 2) ripple-building wind directions over the last ~200,000 years or so. Huzzah, that means we’ve got a date and set of events that we can test with a Mars global climate model (MGCM)! Better yet, these ripples are widespread across the region and show the same exact crest alignment and spacing throughout, meaning that this change in wind patterns was widespread too – so it’s something likely to be seen by a MGCM.

You can read Part 2 of this series to find out what we did. 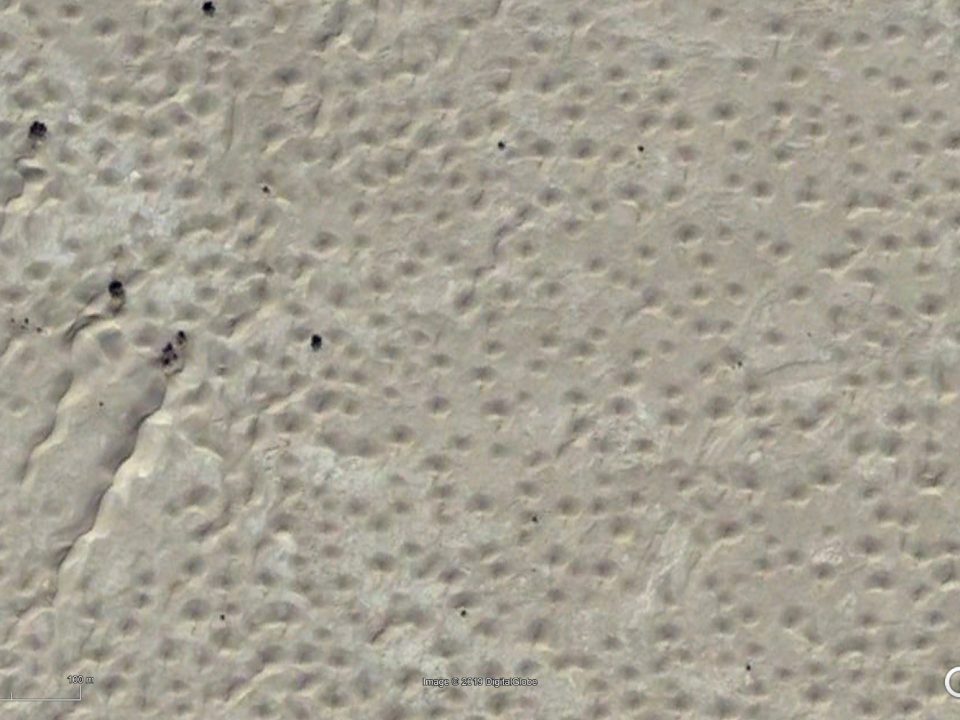 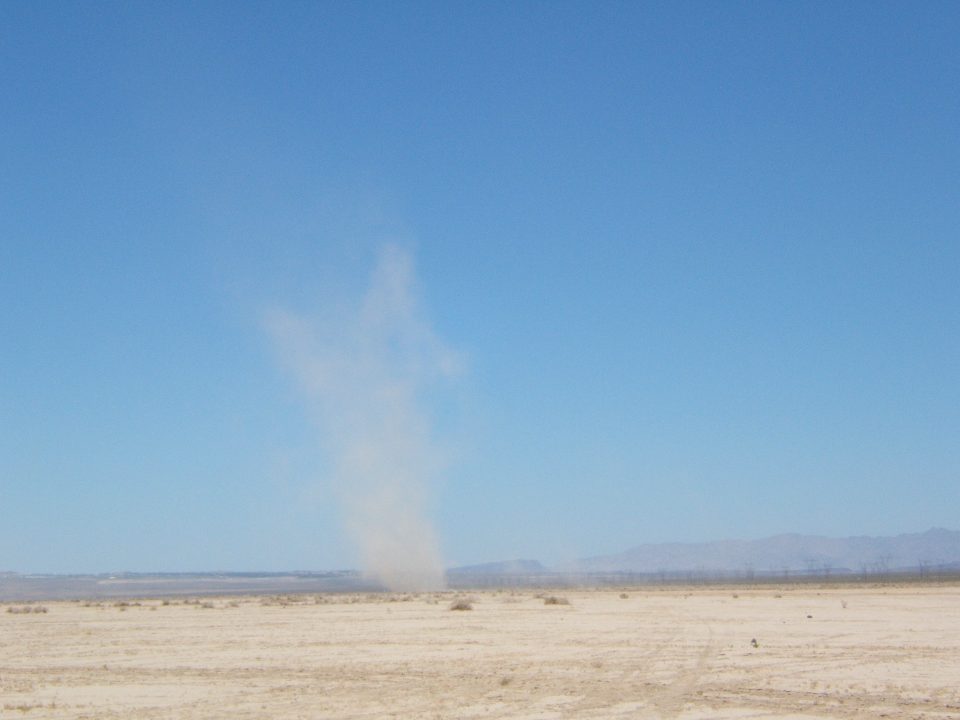