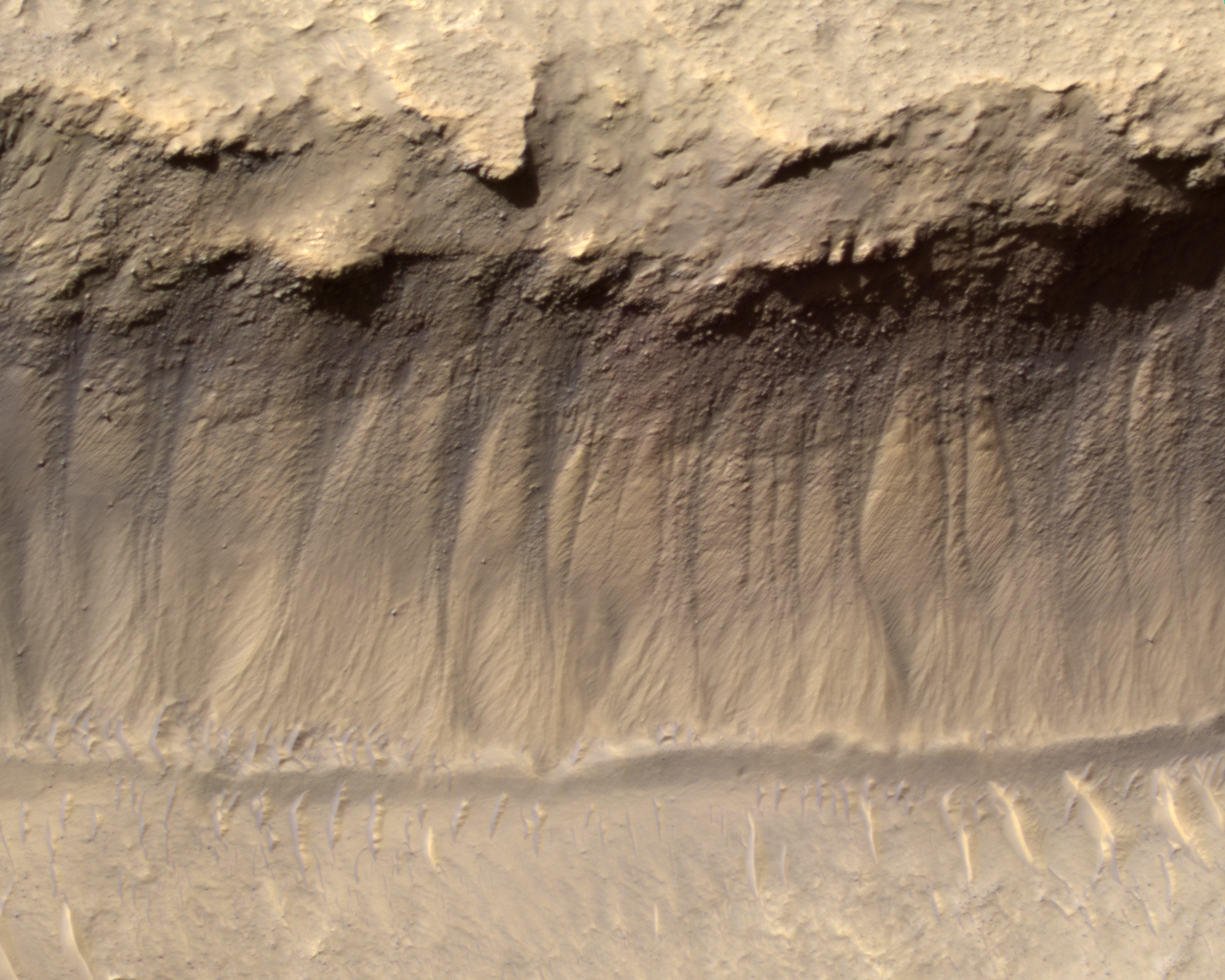 A Piece of Mars: Sand dunes are one of the few sedimentary phenomena that leave behind layers that aren’t horizontal. They tend to have a characteristic lean to them (and we call them cross-strata). So when I see something that looks like tilted layers on Mars, I take notice. This 0.625×0.5 km (0.39×0.31 mi) scene shows a steep slope, the side of a narrow graben system called Sirenum Fossae. The cliff starts at the top where overhanging rocks make shadows, and it ends at the bottom where there are small dunes. Along the slope are many narrow gullies from where sediment has slid downslope. And if you look carefully (click to see the whole image), you’ll see small diagonal lines aligned from upper-right to lower-left.

So are those diagnoal lines the strata produced by ancient dunes? Probably not. I think not, mostly because you can still see those diagonal lines in the gully aprons near the bottom of the slope – and those gullies were made by stuff sliding down this steep graben slope, not dunes. Also, there are a few boulders on the slope that might have wind-tails behind them. If that’s what they are, then these diagonal lines in the graben wall were made by a wind blowing diagonally up the slope, scouring away material as it went.

So, probably not dunes. But still aeolian. And very cool.