Windblown or not? Probably…

Hills made by wind and ice 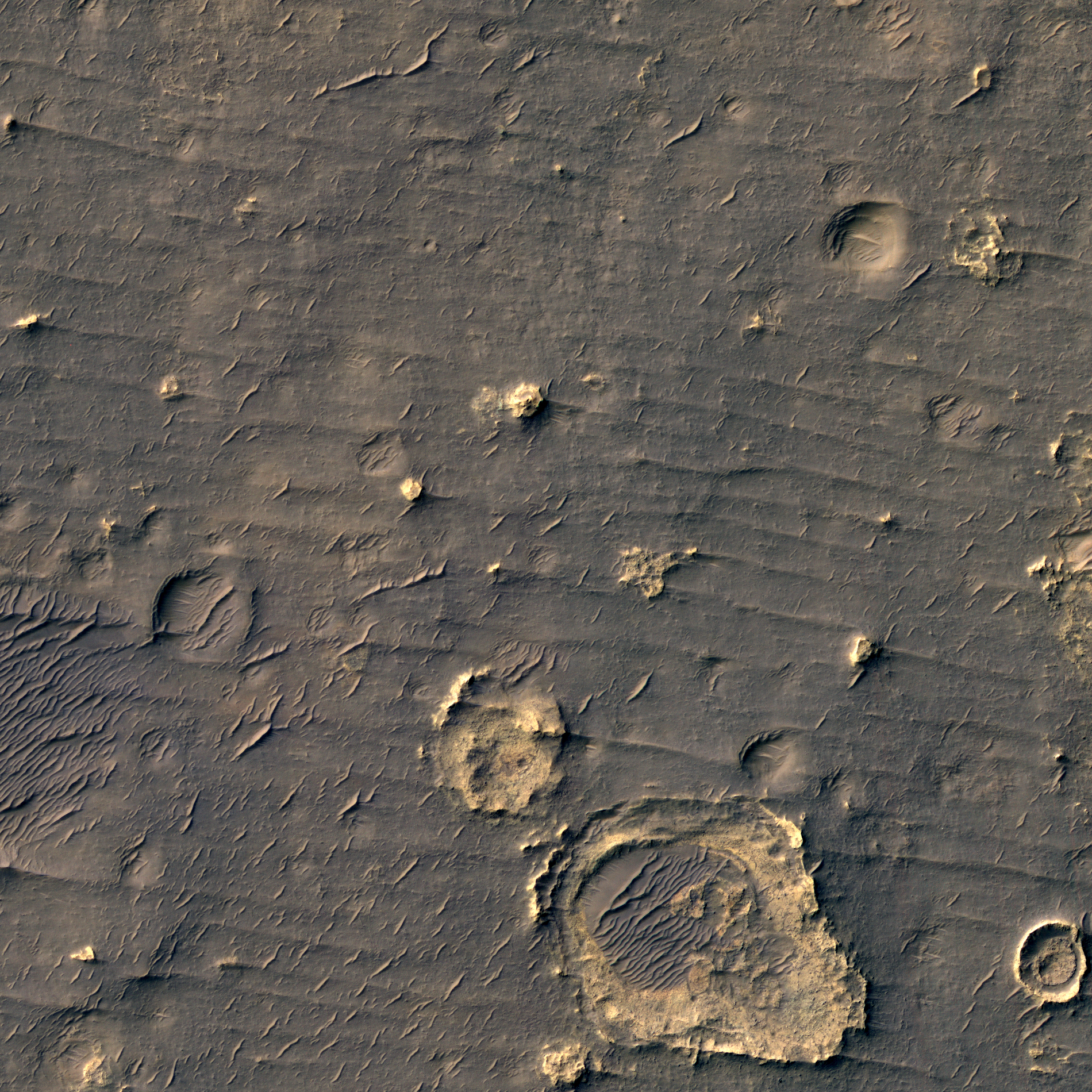 A Piece of Mars: This 0.95×0.95 km (0.59×0.59 mi) scene shows an eroding surface punctured by some old craters. Long, thin lines seem to form in the wake of many brighter knobs. Are those thin lines windblown in origin? They look like erosional features – things that are left behind when other stuff erodes away around it (not like sand dunes, which are things that pile up over time). If so, they don’t look like typical yardangs, which are streamlined bedrock, formed as sand wears down the rock. But this isn’t typical bedrock – it is easily erodible material. The bright knobs and crater rims are what’s left of a once-higher surface. The darker material may be a lag deposit that has built up as that brighter layer eroded down, leaving behind coarser grains that the wind has a harder time transporting (a similar process has occurred in Meridiani Planum, where the Opportunity rover drove through many kilometers of ripples, which now help protect the surface from erosion). If so, these long thin lines are a very unusual sort of yardang. (HiRISE ESP_016843_1590, NASA/JPL/Univ. of Arizona)