Where we have been

Landslides unlike any on Earth

When the martian surface is eroded, pretty things emerge 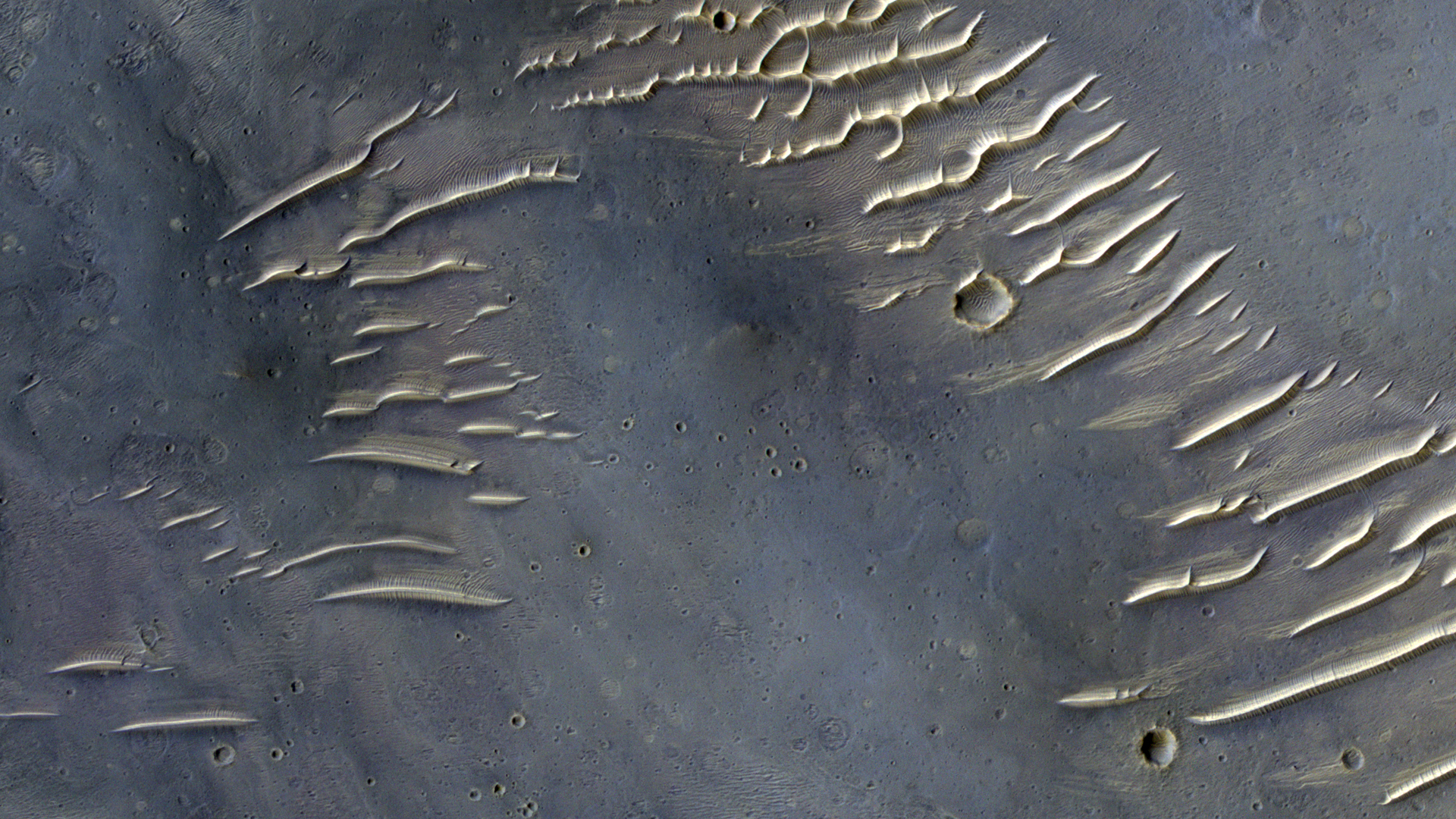 A Piece of Mars: This 0.98×0.54 km (0.61×0.34 mi) scene shows ancient windblown bedforms (maybe dunes) that have been partially eroded by the wind. The wind has left behind ghostly stripes: these are remnants of where these things once were, back when they were still actively migrating. Some of the bedforms have been almost entirely erased, except for those remaining bits. Much smaller (2-3 m wavelength) ripples have since formed between some of them, probably made from material scavenged from the larger bedforms. (HiRISE ESP_037700_1710, NASA/JPL/Univ. of Arizona)