When Mars gets weird 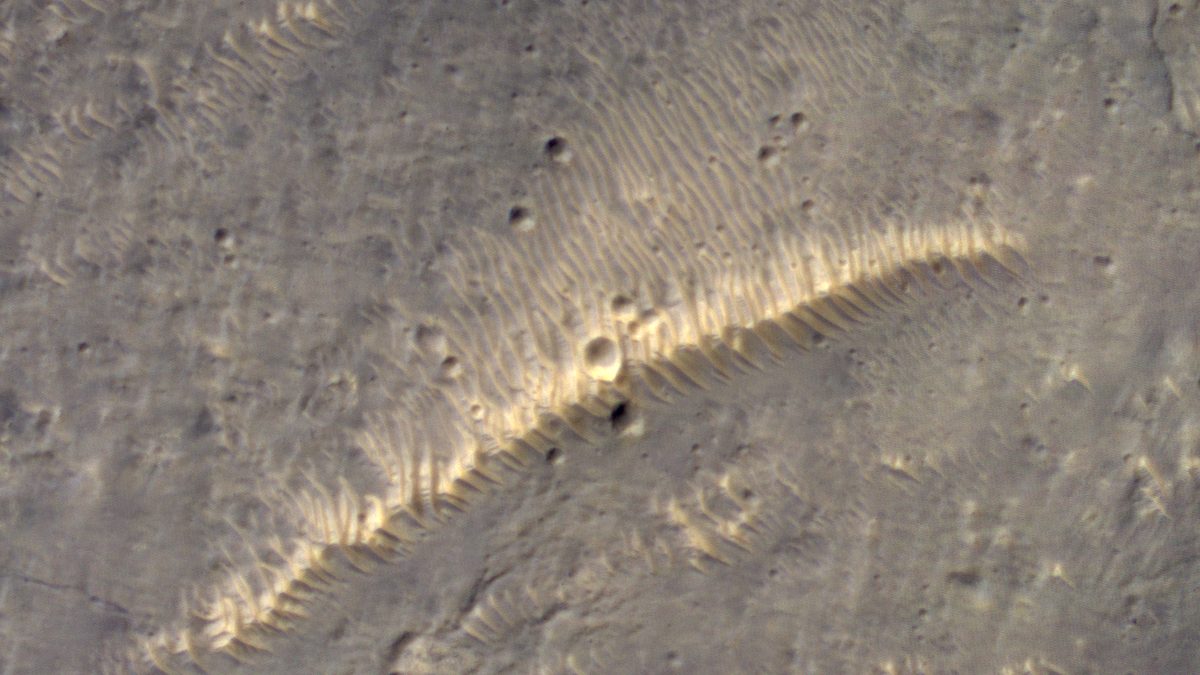 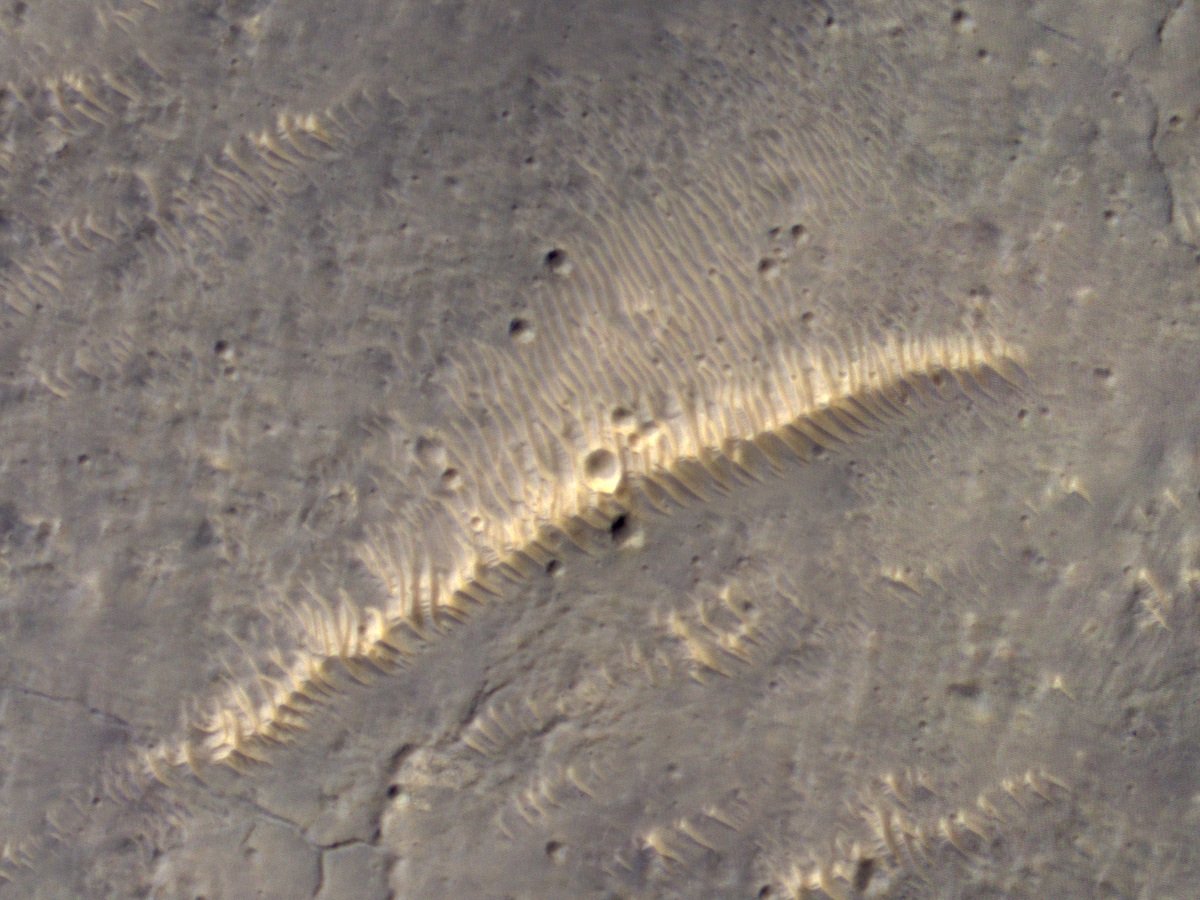 A piece of Mars: Looks like a millipede, doesn’t it? It’s something much larger and much less poisonous. It’s an ancient dune (or maybe a ripple) on Mars, that once stretched ~285 m (935 ft) from lower left to middle right. Since then it’s been nearly rewritten twice. The first time, a different wind direction made smaller ripples (the millipede’s “feet”) that nearly erased the original shape. The second time, a cluster of craters formed, punching holes in the millipede. Maybe it was martian pest control. (HiIRSE ESP_034942_1615, NASA/JPL/Univ. of Arizona).