Last night I said it couldn’t be done 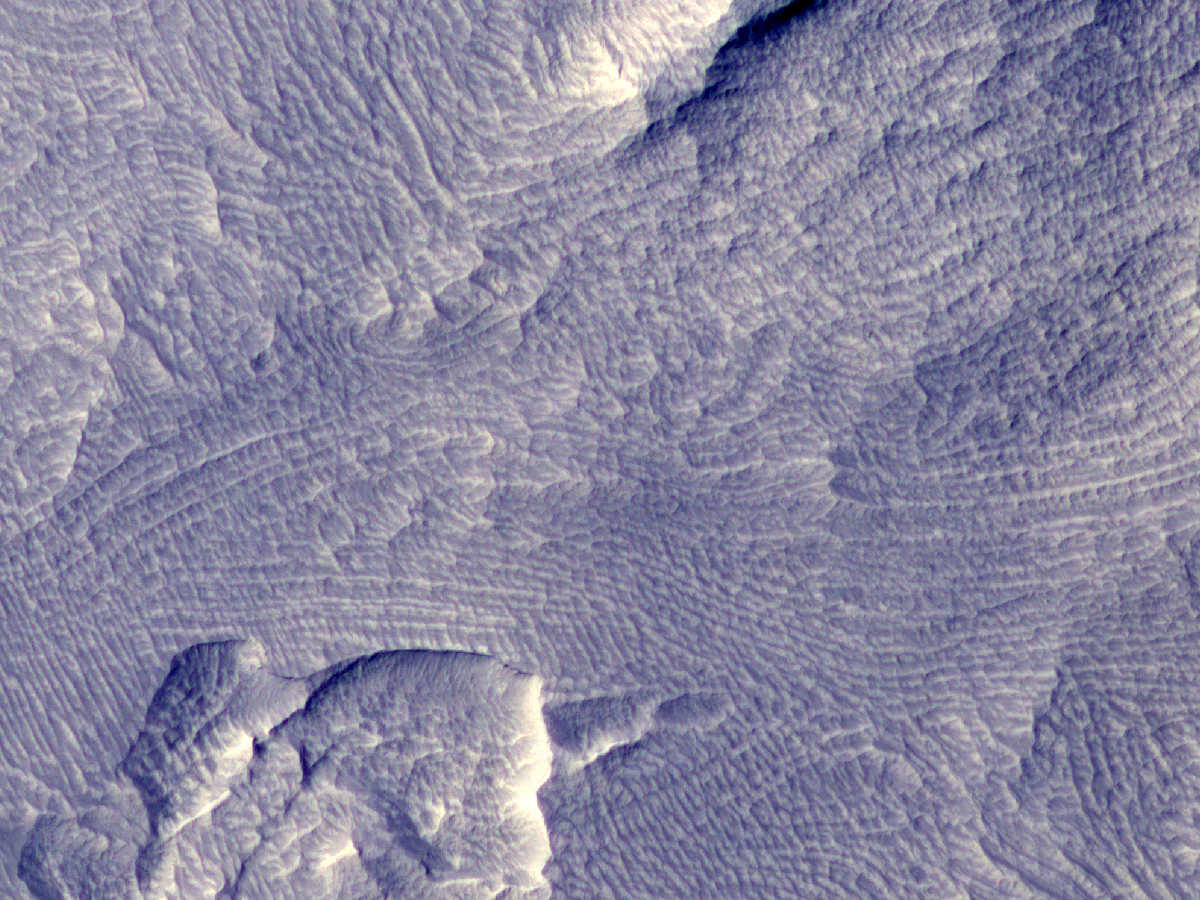 A piece of Mars: Compare this with my post five days ago and you might think the scenes are similar. In fact they’re not. In the previous case sedimentary layers were carved out by the wind, leaving behind swirly patterns where resistant layers created relief. Here, the swirly patterns are inherent in the rock. These might be a rare example of sandstones on Mars, formed of ancient dunes (Google “Navajo sandstone” for examples on Earth). (HiRISE PSP_01620_1750).