How GPI Works to See Planets

I sometimes compare the challenge of directly detecting a Jupiter orbiting a nearby star to finding a glowing needle in a haystack.  Oh, and by the way, the haystack is on fire.

It’s about as hard as seeing a candle a foot away from a spotlight (1 million candlepower) at a distance of 100 miles.

Why is doing this so difficult?  There are three primary reasons:

1.  We observe through atmospheric turbulence, which blurs our view of the star-planet system and scatters starlight, obscuring the faint planet beneath.

2.  Light obeys a wave property called diffraction, which scatters light from a planet’s host star throughout the image, obscuring the planet.  This effect occurs even in near-perfect optical systems above the atmosphere, like the Hubble Space Telescope.

3.  The optics within telescopes and instruments are imperfect, which further distorts the optical wavefront and introduces speckles, or tiny images of the star that look like false planets, into the image.

The Gemini Planet Imager was designed to control and suppress these effects.  The four components of GPI that do this are:  an Adaptive Optics system, a coronagraph, a sensor that spectroscopically differentiates planets from starlight, and data post-processing techniques.

The Adaptive Optics (AO) system is the component of GPI that corrects for the effects of atmospheric turbulence and optical imperfections, allowing the telescope to observe stars as though the atmosphere were not present.  AO systems use flexible deformable mirrors to cancel the distortion induced by the atmosphere.  In GPI, a wavefront sensor updates 1000 times per second to measure the distortion at high precision.  A real-time control computer uses these measurements to estimate the deformable mirror shape needed to exactly cancel this turbulence.

GPI’s deformable mirror is a 2 cm-square MEMS, or Micro-Electrical Mechanical System, with 4096 microactuators.  Manufactured by Boston Micromachines, MEMS devices are etched from silicon wafers lithographically in a method similar to semiconductor fabrication.  Once nothing more than a glint in an engineer’s eyes, MEMS deformable mirrors have now been demonstrated on multiple astronomical AO systems and have proven reliable. 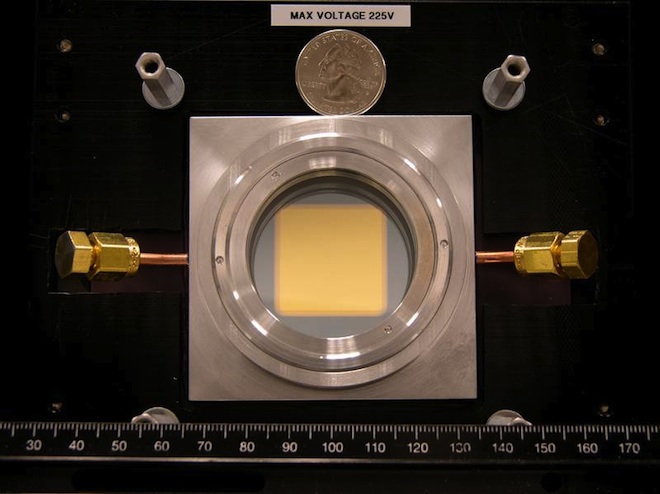 A coronagraph is an optical device used to block starlight and physically suppress the effects of diffraction.  GPI uses a Lyot coronagraph design, named after Bernard Lyot, who first used a coronagraph to block out the sun’s glare and reveal its corona.  GPI’s Lyot coronagraph introduces a hard edged stop where the star comes to focus, blocking most of its light, as well as an apodized optic in the Lyot plane, where the remaining diffracted light from the star is isolated and blocked.  Light from other objects in the field passes through the coronagraph unimpeded.

The Integral Field Spectrograph (IFS) in GPI breaks light into its constituent wavelengths, or a spectrum, just as a prism does.  The magic of the IFS is that it performs this task at every location in the image, so that the spectrum of a potential planet can be measured simultaneously with the starlight spectrum.  Since light emitted from the planet has different spectral features from the starlight (induced by chemical components in its atmosphere such as methane), this information can be used to differentiate a planet candidate from residual star speckles.  In addition, since star speckles are produced by diffraction, they appear to change position at different wavelengths, while true planets stay fixed at all wavelengths.

The post-processing analysis takes advantage of this differentiation to find fainter planets than would be visible otherwise in a process known as Spectral Differential Imaging (SDI).  A further step is Angular Differential Imaging (ADI), which takes advantage of the natural rotation of the sky, and thus the star-planet orientation, with respect to the telescope’s azimuth.   ADI algorithms essentially look for planets that rotate with the sky rather than with the starlight speckle pattern. 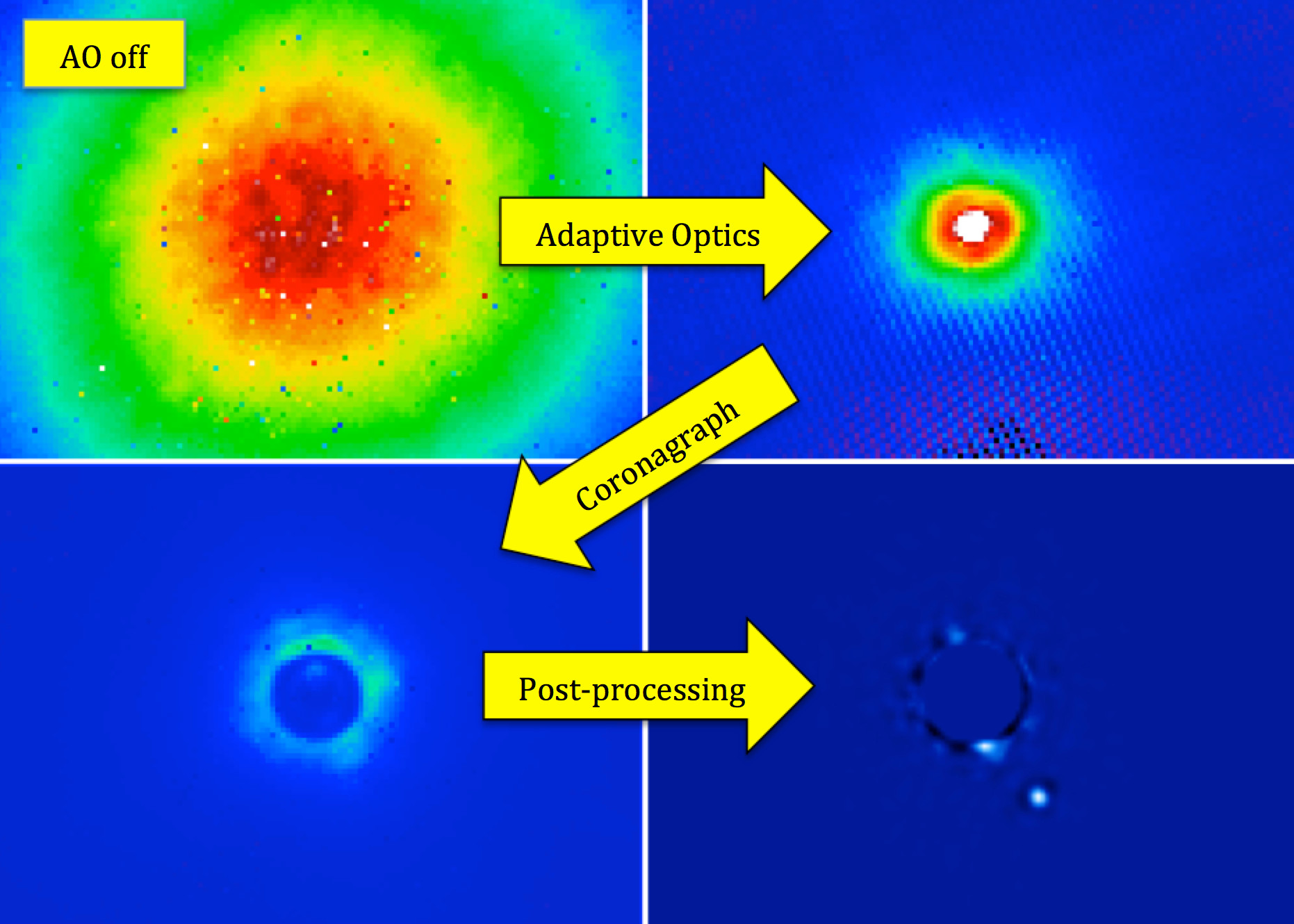 It is only the combination of these four approaches in tandem – and not any one of them – that allows GPI to detect planets successfully.  For example, the coronagraph, IFS, and post-processing components all rely critically on the AO system to remove the effects of the atmosphere first.  Similarly, if no post-processing were used, GPI’s performance would not be sufficient to detect planets as faint as it does.

So, quite literally, GPI is more than the sum of its parts.

Mark is a Physicist and astronomer at the Lawrence Livermore National Laboratory. He joined the laboratory in 2011 after visiting the University of Arizona on a Hubble Fellowship and receiving his PhD from the University of California, Santa Cruz. His research focuses on characterization and mass measurement of planets outside of our solar system through adaptive optics and astrometry.