Characterizing the exoplanet HD 95086b with GPI.

Another week and yet another article based on GPI data has been accepted for publication. A team led by a European astronomer has analyzed observations of the planetary system named HD 95086, which has been known since last year for hosting an exoplanet, named HD 95086b. GPI data was extremely useful in confirming that the planet is co-moving with its star and in constraining its properties, such as its temperature and composition. 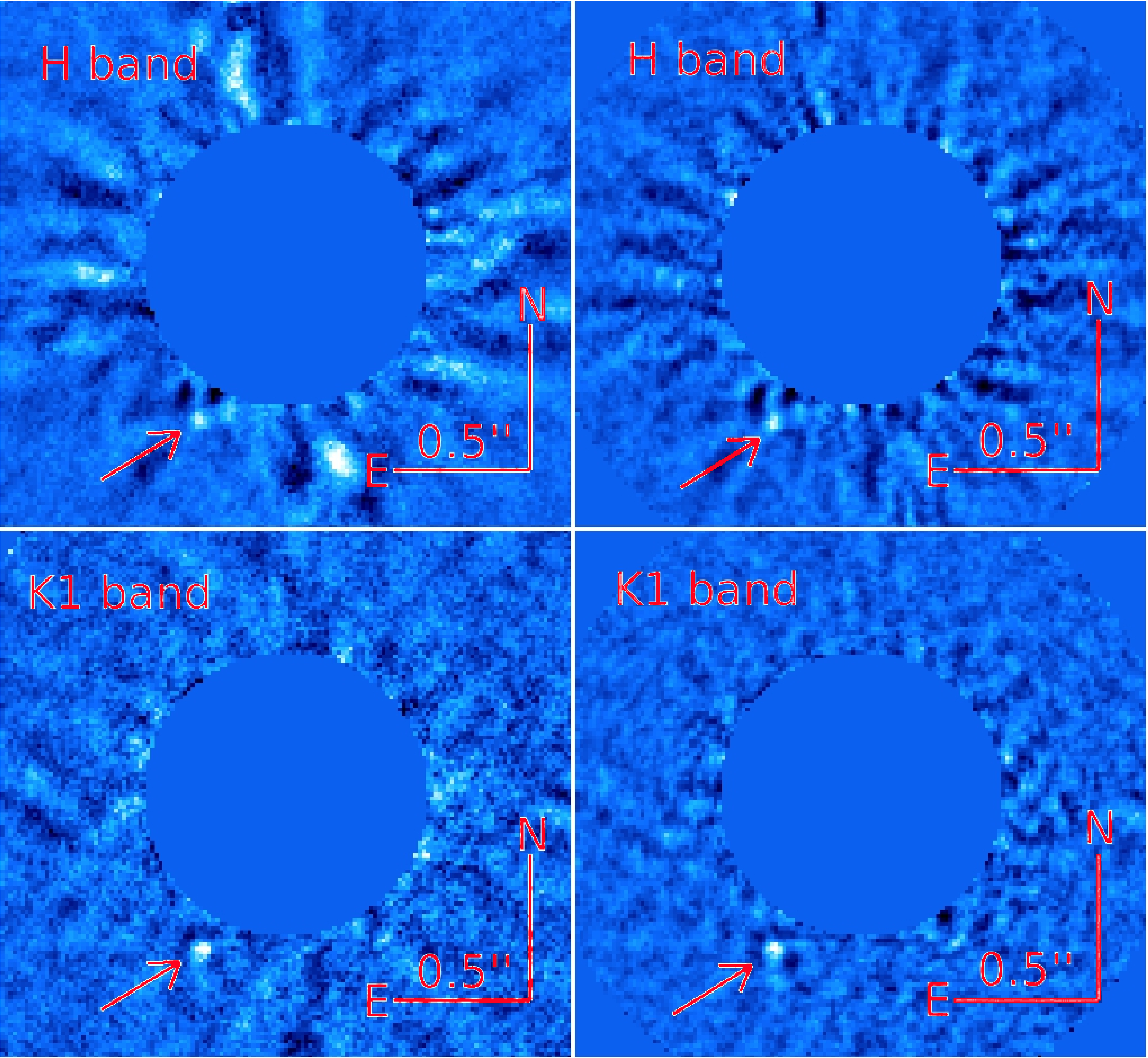 Final images of the HD 95086 system at H (top) and K1
(bottom) bands from two different data analysis pipelines. The planet (arrow)
is detected in all images.

HD 95086 is a young (17 Myrs old) A8 star (with a mass almost twice the mass of the sun) at “only” 90 pc (293 light-years) from us. In 2013, using the NAOS-CONICA adaptive optics system on the 8m VLT Yepun telescope in Chile, a team of astronomers announced the discovery of a large exoplanet (five times the mass of Jupiter) named HD 95086b. Based on two sets of data separated by 10 months, they estimated that this exoplanet might be circling around its large host star at a projected distance of 56 AU.

There are only a dozen of exoplanets which have been imaged directly, so this planetary system quickly got the attention of the community of exoplanetary astronomers. A second article was published shortly after to confirm the detection of the exoplanet from a third set of observations taken once again at the VLT in the same wavelength range (L’ band so at 3.8 um) and using the same instrument. 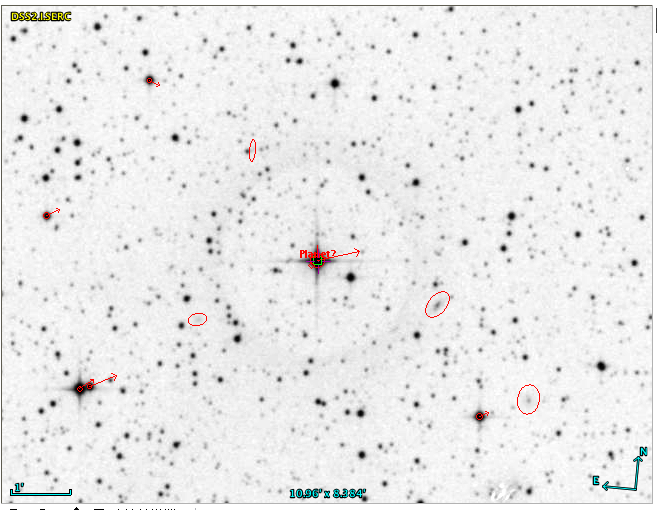 Sky chart of HD95086 from Alladin software. Yes there is a planet around this bright V~7 star.

To characterize an exoplanet, or estimate its temperature, composition and eventually its mass from an evolutionary model, astronomers need to see the planet in colors. We don’t really care about the visual colors of the planet, but we are interested in measuring the colors in near-infrared, a wavelength range which is affected by the temperature, composition, and dust in the atmosphere of the planets.  Unfortunately, before GPI previous adaptive optics systems like NAOS-CONICA at VLT  and NICI at Gemini South Telescope failed to reveal the planet in another color of the near-infrared range. Consequently not much was known about HD 95086b.

In December 2013, our team was commissioning the GPI new instrument at the Gemini South Telescope. To better understand the performance of this exoplanet imager, we observed several planetary systems known to possess a directly-imaged exoplanet and HD95086 was one of them. We made these data available to the astronomical community as part of a First Data Release. The goal of this release was to give an opportunity to the broad Gemini community to analyze GPI data and assess its quality.

A few days ago, a team based in Europe and Canada published an analysis of HD95086b. They retrieved the GPI data that was processed with our pipeline and ran their own analysis algorithms to enhance the contrast on the image. Their scientific article revealed that, thanks to the high performance of the GPI instrument, the exoplanet was detected for the first time in H and K bands, or at 1.7 um and 2.0 um, after slightly more than 1h of observation per band. From the colors of this exoplanet, they estimated that it is quite warm (T=600-1,500 K) with a mass of five times that of Jupiter.

Because the star is young, we expected to observe a warm planet which still releases heat from its recent formation. Interestingly, this exoplanet, which is more massive than any of the planets in our solar system, could have formed in a different way from the planets that we know around us. Because all the planets that astronomers have imaged so far are quite distant from their host stars, we have envisioned new mechanisms that created those exoplanets. One of them, gravitational instability, implies that the exoplanet formed from the collapse of the protostellar disk. Of course, whether or not we should called those large bodies, “planets,” “exoplanets,” or “missed-brown dwarfs” is still a topic of a debate in our community.

In the last section of their article, the authors say that “More higher precision spectroscopic and photometric data for HD 95086 b are required to reﬁne the planet properties“, and that’s why we built GPI. It is a good sign that, using an instrument not yet properly calibrated, a team not directly involved in its design has been able to analyze GPI data and quickly publishes quickly a peer-reviewed article. The future is bright for GPI!