Astronomy is not only about the study of stars, the search for exoplanets, the characteristics of detectors, and the size of telescopes, it is also about human interactions. While digging through my old email for a document, I found this group picture that was taken during our first GPI Science meeting at University of California at Berkeley in 2007. 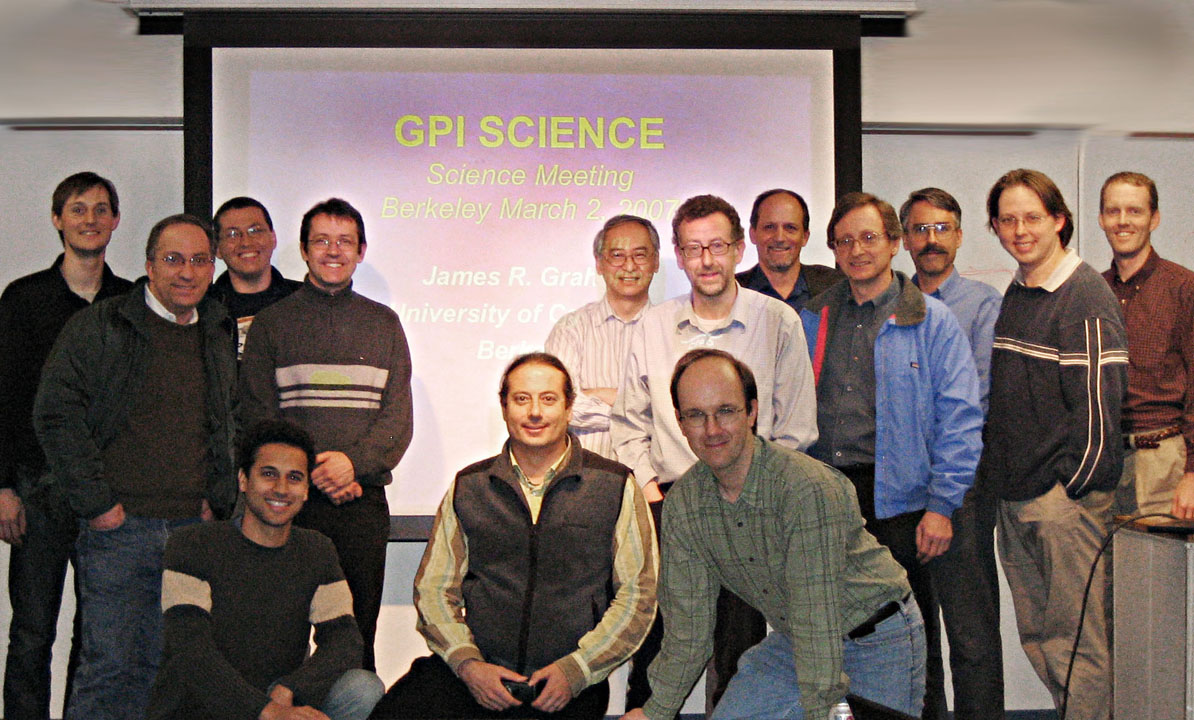 A dozen of scientists from diverse institutions met on March 2 2007 to discuss on the potential of a future Gemini Planet Imager instrument. Each of us described in 10-20 min, scientific studies that could be done with an adaptive optics which provides an excellent imaging quality, high contrast, and spectroscopic and polarimetric modes. Of course, we knew that GPI was going to be built essentially to search and characterize extra-solar planets (“exoplanets”), but adjunct sciences including the study of binary star systems, planets in our solar system, and debris disk around nearby stars were also considered.

Six years later those requirements are still the driver of the GPI instrument and the team grew to a large size of ~60 members even though most of the core members are still here. The role of some of us have changed, some were graduate students when the project started and today are respected researchers or professors in renown institutions. A lot of us moved to new locations, sometimes across the continents, but we kept a tenuous, but real, link with the GPI project. We did not get younger, but we want to believe that we are wiser and smarter and let’s assume, it is true.

In a few months after the instrument will be shipped in Chile to have its first light,  we will then forget those years peppered with meetings and numerous telecons to embrace this magical moment and make the best of this new instrument, but this is another story.