We continue to receive a fascinating collection of nominees for the OurPluto campaign. Here are a few that we recently added to the ballot. 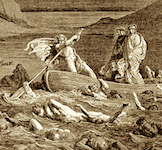 Several wrote to remind us of the iconic prints by Gustav Doré, a French artist from the 19th century who illustrated an 1861 edition of Dante’s Inferno.

In the category of historical explorers, we learned about Michał Boym: “He is notable as one of the first westerners to travel within the Chinese mainland and his Flora Sinensis was the first description of an ecosystem of the Far East published in Europe. Boym also published the first dictionary to translate between Chinese and European languages. 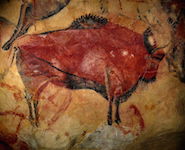 Another historic explorer reminds of the roles that serendipity and patience play in all of science: Marcelino Sanz de Sautuola, who discovered the first prehistoric cave paintings known to the modern world. “He was a Spanish amateur archaeologist and explorer of the Cave of Altamira. These caves provide a window into human development, much as Pluto provides a window into Solar System development. Although Sautuola’s discoveries were discredited by experts early on, he was later completely vindicated and his discoveries appreciated, albeit after his death.”

Finally, a New Jersey professor provided a very good reason for his endorsement of Krun, a monster of the darkness. “I’m trying to raise awareness of the Mandaean community of Iraq and Iran. They are one of the few communities from the Middle East that still preserve the ancient Babylonian tradition of divination by the stars and heavenly bodies (astrology), directly from the source (they even retain the traditional Akkadian names for the stars and the visible planets). [….] Unfortunately, with the Second Gulf War, their community (a minority faith in both Iraq and Iran) has become progressively endangered, and much of it has gone into a global diaspora. The lives of those that remain and their ancient culture are threatened by religious extremists, such as ISIS, who seek to eliminate anything pre-Islamic in the Middle East. I hope that OurPluto can establish a monument to them in the heavens, where these extremists cannot reach them.”