The superbloodmoon and nachas 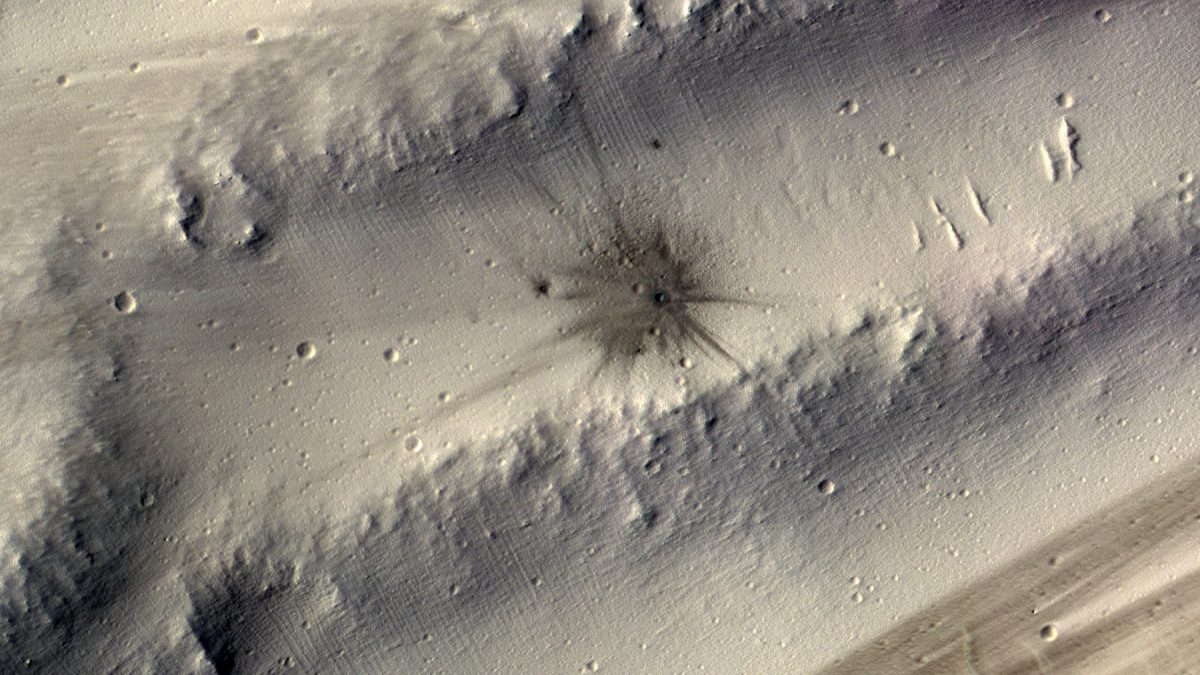 A Piece of Mars: The dark splash pattern in this 0.9×0.9 km (0.56×0.56 mi) scene (click on it for a better view) is the site of an impact crater that appeared between images sometime between August 2006 and March 2010 (Smash!). The main crater is ~7 m (23 ft) across. Impacts smash a little ways into the ground, digging a hole and throwing out stuff that was once buried. Here, the buried stuff is darker than what’s right at the surface. There are a lot of other similarly sized craters here, but they no longer have dark ejecta surrounding them. What happened to it? A clue comes from the dark and bright wind streaks in the surrounding terrain, with bright trails flowing in the wakes of craters (Whoosh. . .). Previous HiRISE images from 2010 and 2015 show different wind streak patterns, indicating these patterns change on a timescale of years. To form the wind streaks, bright material has been removed to reveal a darker underlying surface, except for where crater rims poke up and protect bright material on the lee side. Bright dust falls from the air and coats the surface, and occasionally the wind comes along and strips it away, along with anything else that might not be tied down (like fine-grained crater ejecta). In time, this new little crater will join the others in being draped by dust, only to have it removed by wind gusts that sweep along the ground. (HiRISE ESP_053160_2045, NASA/JPL/Univ. of Arizona)