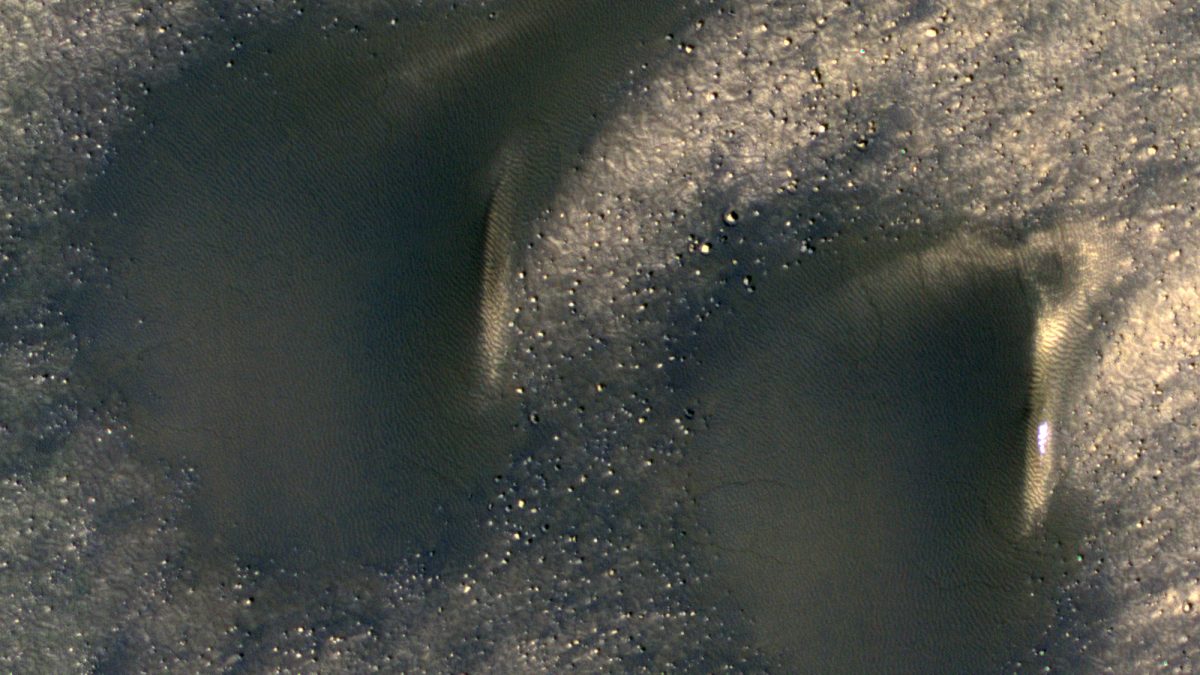 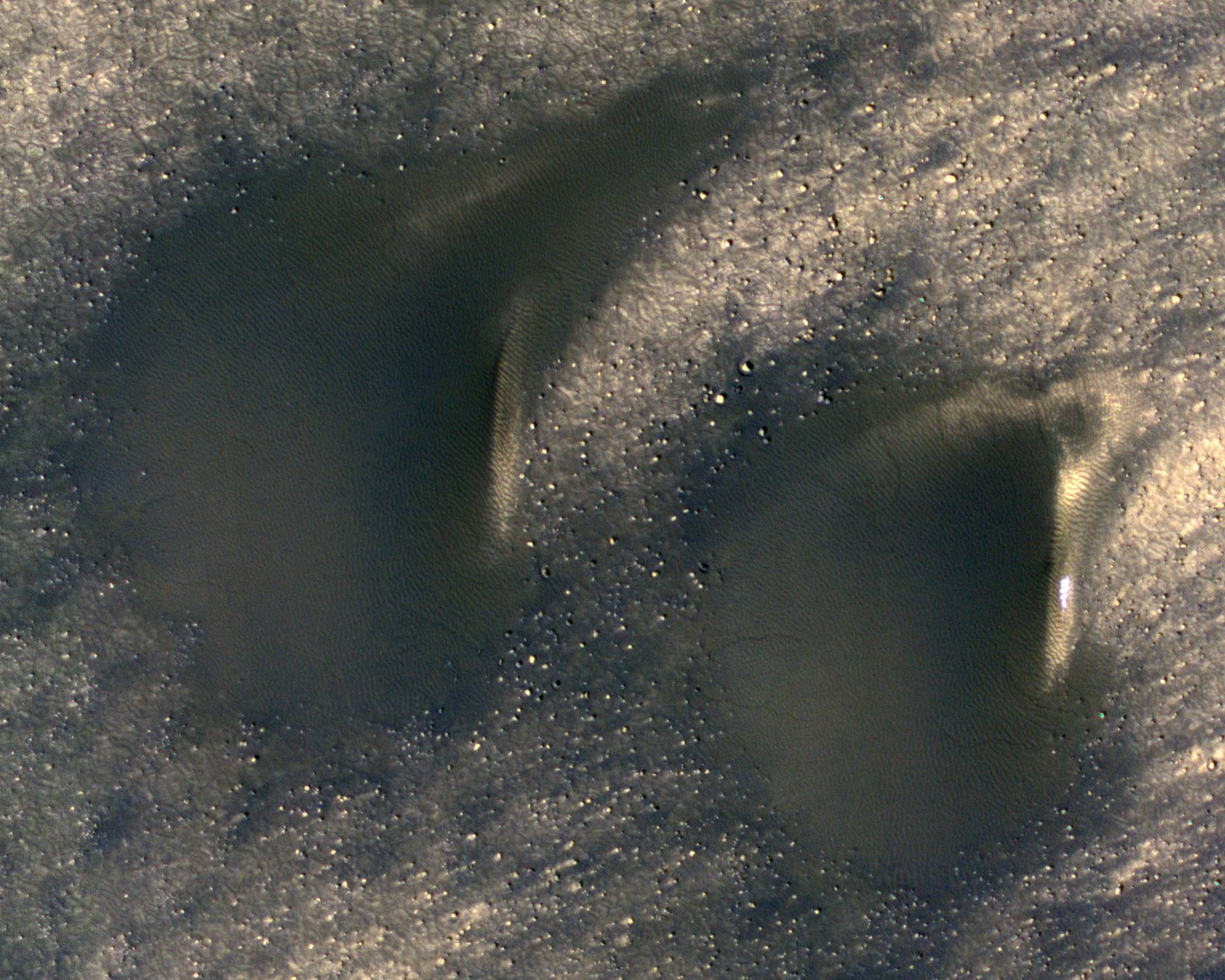 A Piece of Mars: This 0.5×0.4 km (0.31×0.25 mi) scene shows two dunes near the north pole. The shape of the dunes indicates two main winds: one blowing left to right (which makes slip faces on the right side, one of which still has some bright white ice on it), and a secondary wind blowing from the lower right to upper left (elongating the upper “corners” of these dunes). The two lee sides are marked by yellow patches, where bright dust falls out of the atmosphere, accumulating in areas of relative calm. But if you look at the boulders (the largest of which is ~4m across, about the size of a subcompact car), you’ll see that a third wind blowing from the upper right to lower left has left some bright streaks in the wake of the boulders. This third wind isn’t persistent enough to shape the dunes, so it probably is somewhat unusual, or perhaps simply short-lived. A question: are the bright streaks in the lee of the boulders formed by deposited dust, or by dark sand removed to reveal a bright surface under the sand? (HiRISE ESP_053196_2535, NASA/JPL/Univ. of Arizona)