The real tetrahedrons of Mars 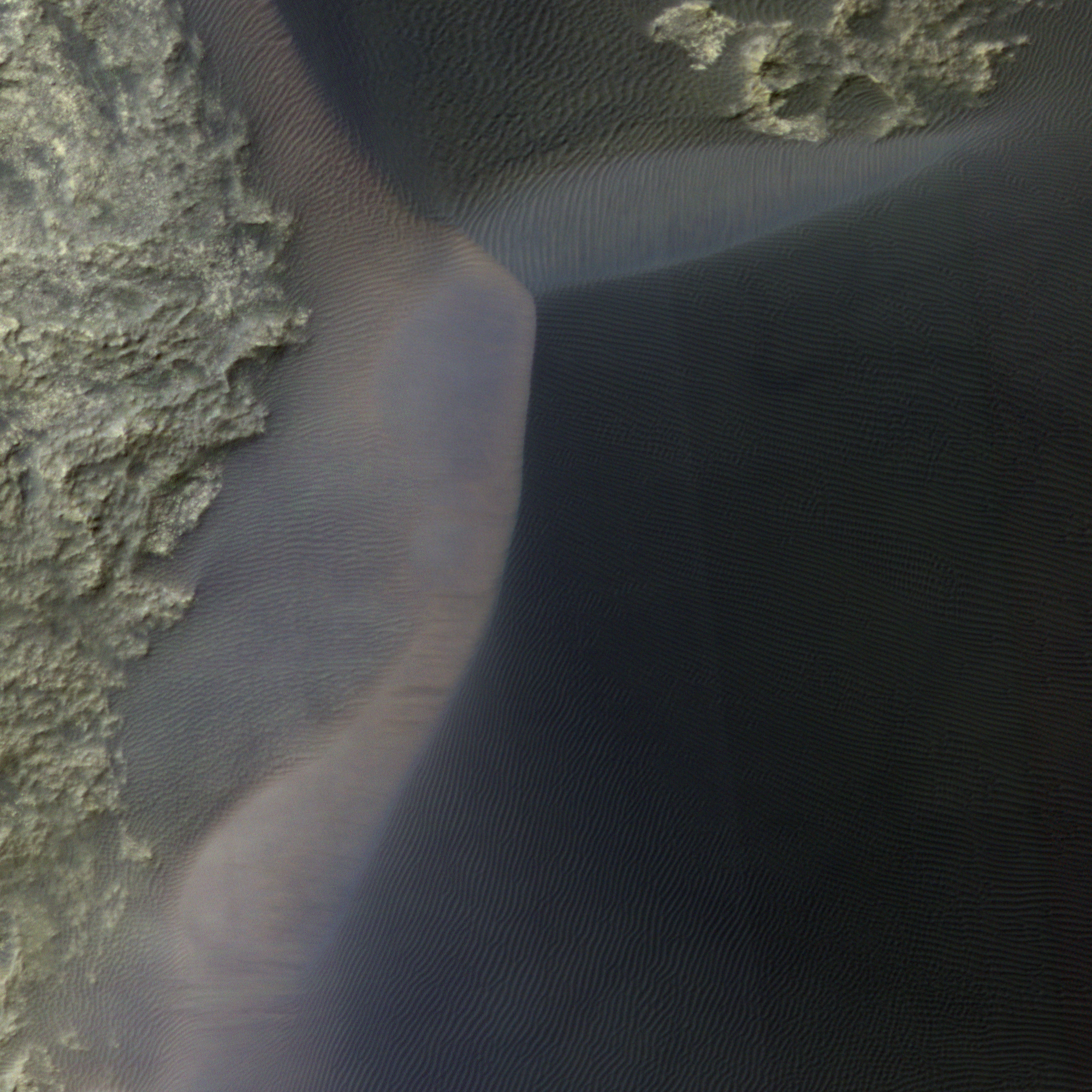 A Piece of Mars: The real tetrahedrons of Mars are dunes, built by winds blowing sand from more than one direction. This 0.5×0.5 km (0.31×0.31 mi) area shows a dune formed from two winds that are about 90 degrees apart: one blowing from the bottom and one blowing from the right. This makes the dune have two slip faces, which is a rare occurrence on Earth dunes. (Earth dunes are complicated by superposed secondary dunes that interfere with and obscure this pattern. Or if they’re small enough to not have those secondary dunes, then they are changing fast enough that one slip face will quickly erase the other. I’ve only ever seen two slip faces at once for very short periods in Earth dunes – they don’t last.) Here, the two winds have worked together to form a little spit of sand off to the upper left. The result is a 3-sided “pyramid”, with no advanced civilization required for its construction. (HiRISE ESP_050479_1360, NASA/JPL/Univ. of Arizona).