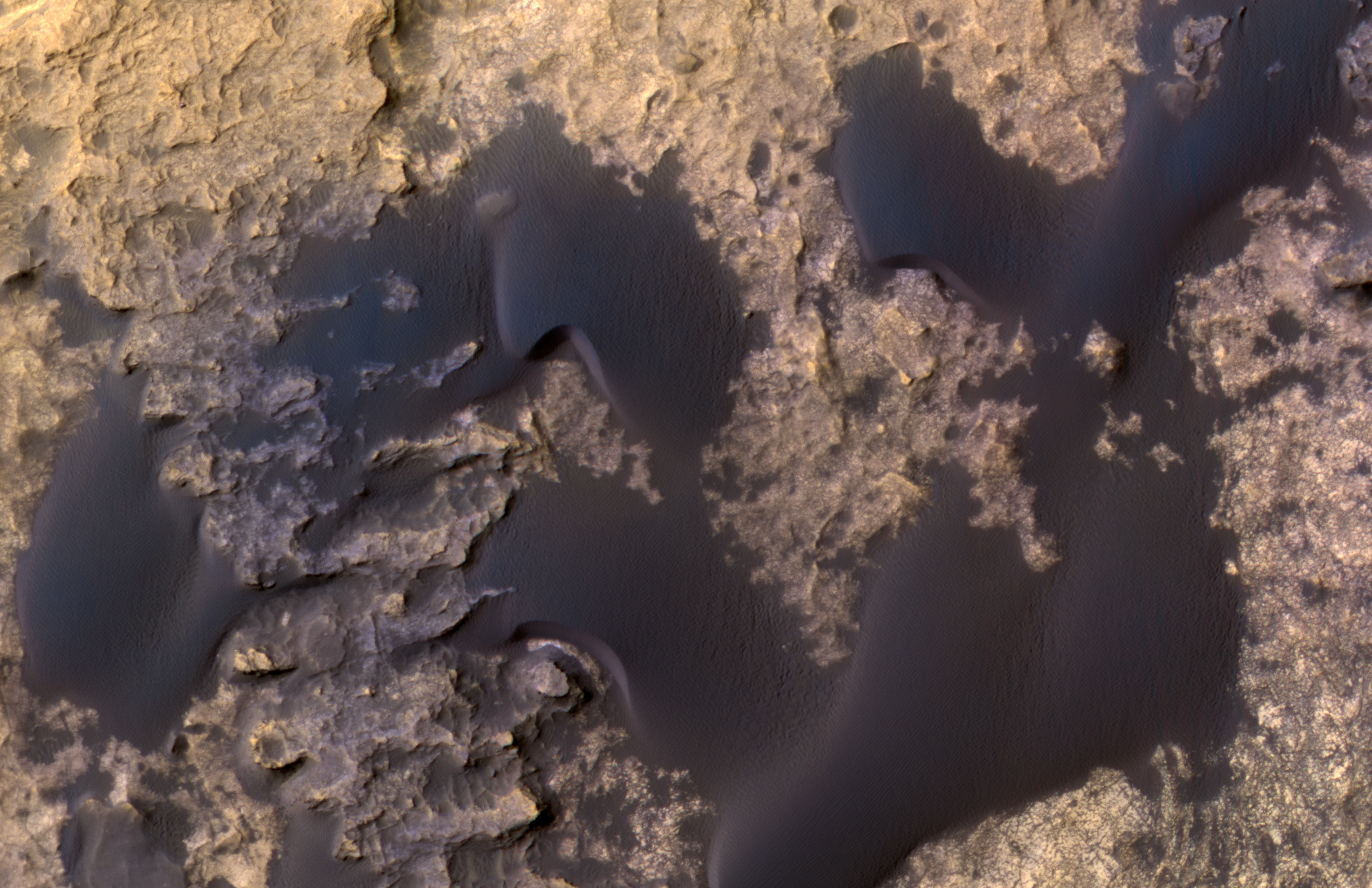 A Piece of Mars: You’ll probably want to click on this image to see the whole thing, it’s pretty big, and it’s worth seeing. This 850×550 m (0.53×0.34 mi) scene shows the barchanoid dunes of the Bagnold dune field, imperceptibly crawling southwestward (to the lower left). This is the site where the Curiosity rover first encountered an active dune in its trek through Gale crater. This image was taken after the rover’s intensive field campaign of the two dunes in the upper middle of the frame – the rover is in fact in this frame (extra credit if you can find it!), but it’s backed off a bit from the dunes, and it’s sitting on some old sandstone (that we now know was also once a dune field, long ago, much like some of the sandstones we find on Earth). This image was taken in March 2016; the rover has since moved on and across the dune field, and is slowly working its way through the foothills of Mount Sharp.

I chose this image in tribute to a colleague who unexpectedly passed away last week. He worked on both the HiRISE and Curiosity teams, so it’s fitting to show both here, near the dunes that he studied. He’s best known for his work on dune migration and surface erosion on Mars. He also mapped and measured wind-carved stones called ventifacts (we have those on Earth too), and discovered that the ventifacts here in Gale crater were carved (probably long ago) by a wind blowing from the southwest, which is opposite the direction that the dunes are being blown today! There must have been quite a remarkable shift in wind patterns since those stones were carved, and it remains a mystery. Our dear colleague will be greatly missed.