Is it windblown or not? 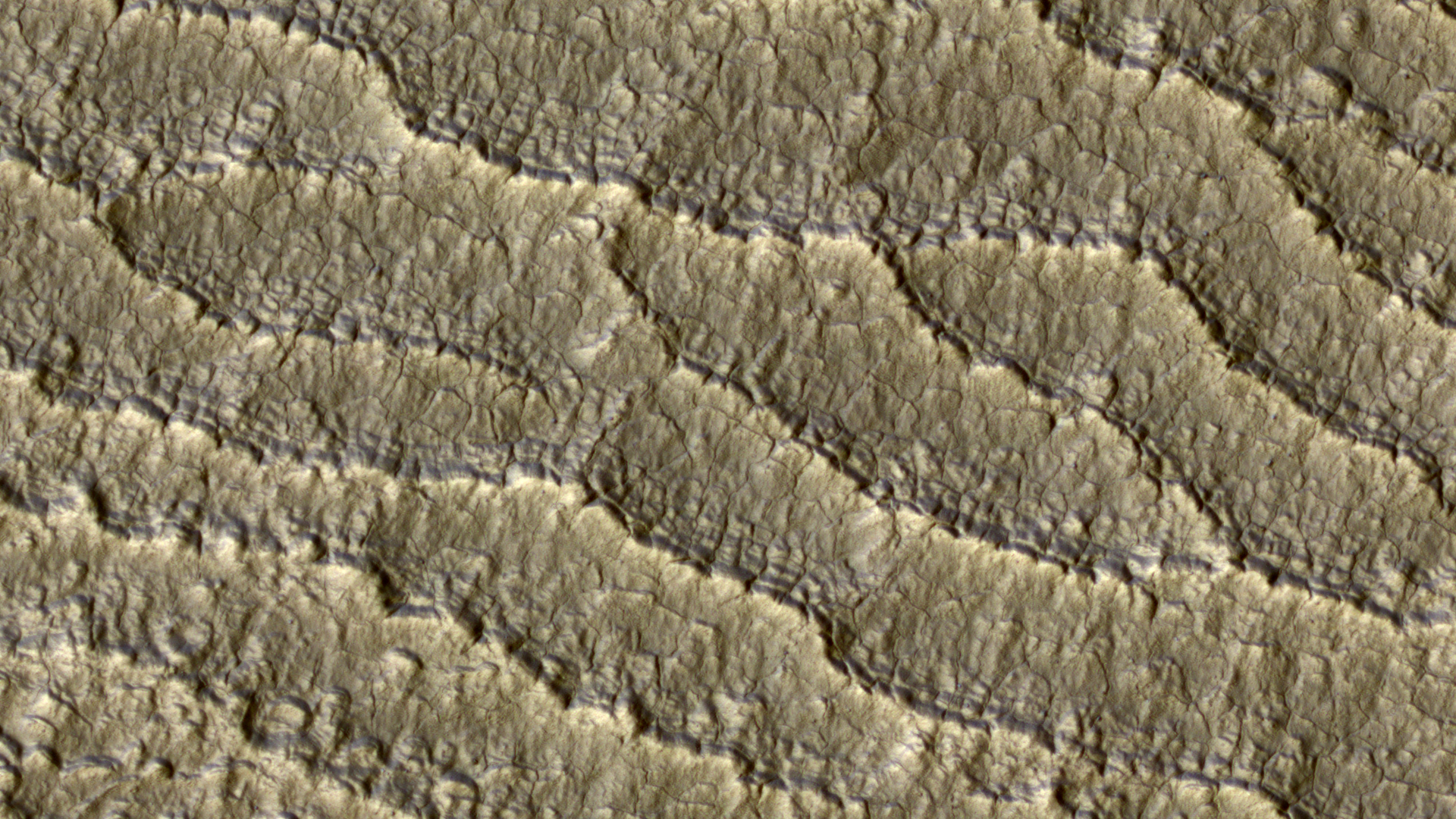 A Piece of Mars: This 480×270 m (0.30×0.17 mi) scene shows what are being called “ridges”. Were these ridges once dunes that have now been stabilized and eroded? They have some dune-like characteristics: nearly parallel crests, one slope is steeper than the other, that steep slope seems to have exposed layers, and sometimes the crests meet in what is called a “Y-junction” (based on the letter’s shape). But although they’re common in some areas on Mars, they’re not like any dunes or ripples I’m familiar with. I’m inclined to think they’re not ancient dunes, but it’s likely that the wind had a hand in their formation. I’m open to suggestions… (HiRISE, ESP_046998_1365 NASA/JPL/Univ. of Arizona)