How to hide geology on Mars 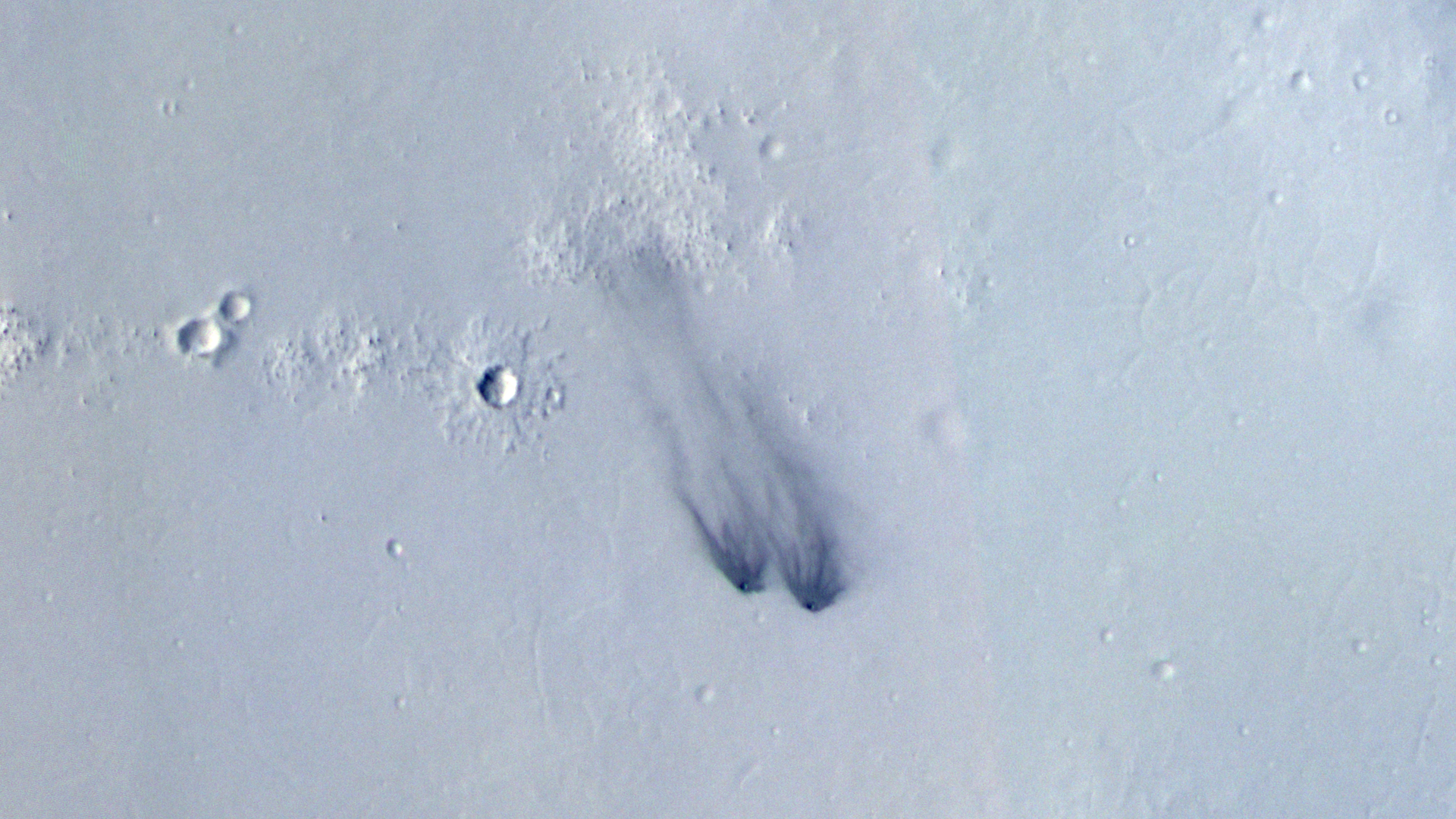 A Piece of Mars: The two small dark craters (2.25-2.4 m, or 7.4-7.8 ft across) are brand new, having appeared in CTX images sometime between May 2007 and April 2008. They punched through a layer of bright dust and threw up some darker material, which the wind carried downwind (near-surface winds blowing from the southwest, and higher winds blowing from the southeast). Application of an atmospheric model could further constrain the season and time of day when the impact happened, based on the prevailing wind direction. This picture from May 2016 shows the wind streaks are still there, having faded only a little in the 8-9 years since they formed. (HiRISE ESP_045798_1965, NASA/JPL/Univ. of Arizona) 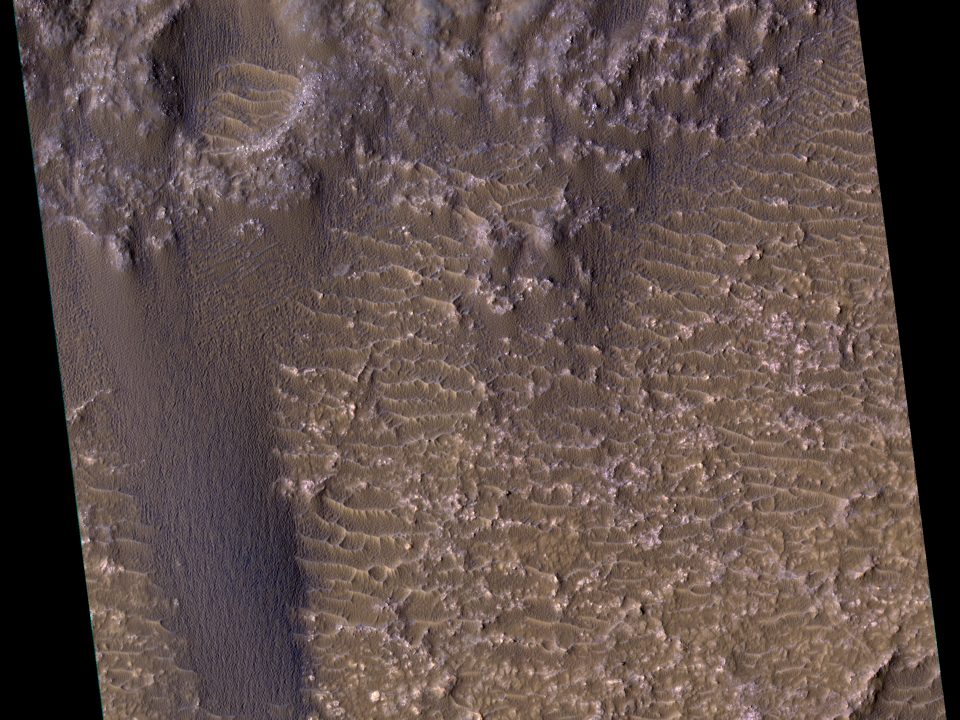