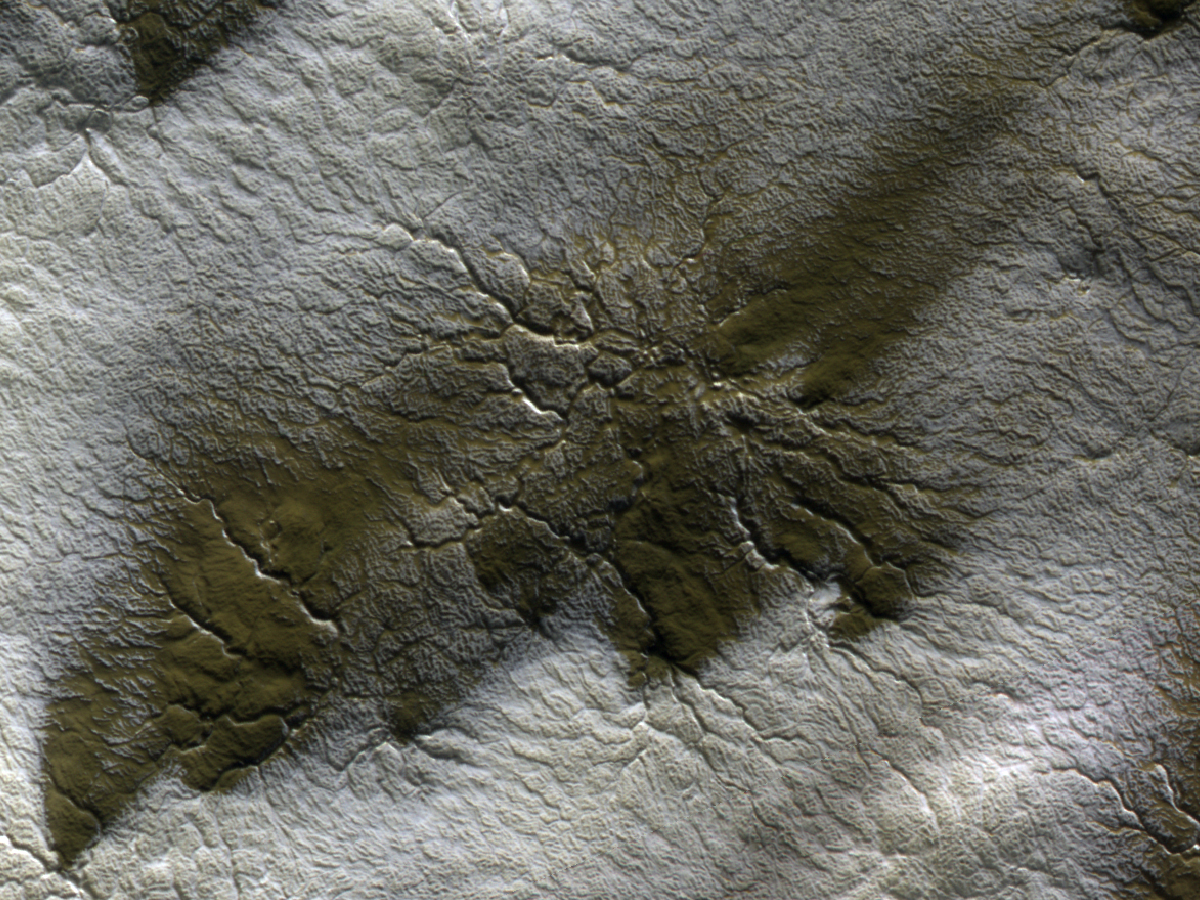 A piece of Mars: This 600×450 m (1969×1476 ft) polar scene shows sinuous channels 2-8 m (7-26 ft) wide carved out of ice-filled and ice-covered terrain. They’re not formed by flowing water, but instead by flowing gas that gets trapped under thick winter ice. The pressure of the underground gas builds until it explodes, forcing its way out, and carrying brown soil with it. Local winds blow the soil downwind (to the upper right), forming distinctive streaks. This happens every year on Mars. Awesome. (HiRISE ESP_038399_0945, NASA/JPL/Univ. of Arizona)