Topography and the wind 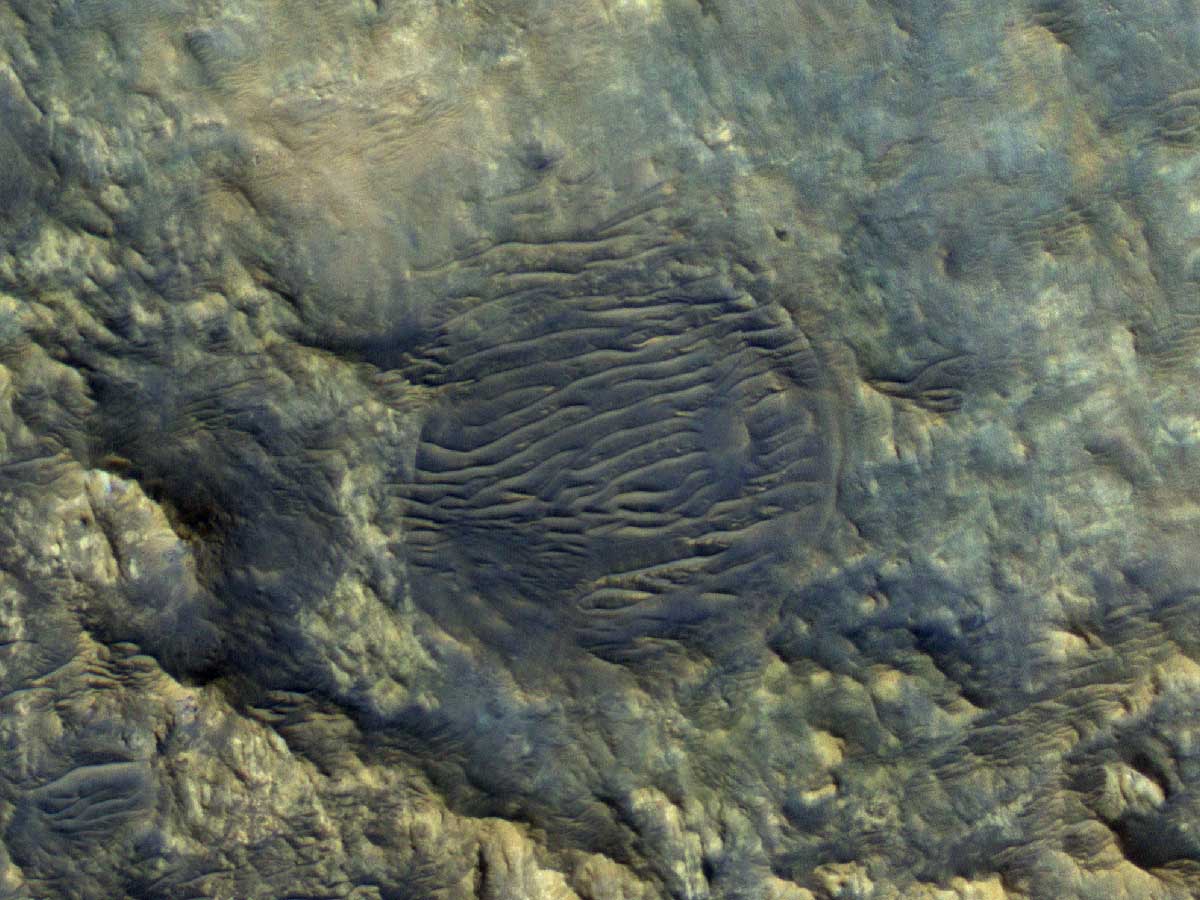 A piece of Mars. The dark circle (~170 m across) in the middle of the picture is the interior of what used to be a crater. It’s now almost completely eroded away, probably by the wind. Small dunes have formed on these former crater sediments — because the dunes seem to form mostly on this circular plateau, it’s likely that they’re made from sand derived from the former crater sediments (and thus these dunes have not traveled far). (HiRISE ESP_030622_2060, NASA/JPL/University of Arizona)