A trip to Goldstone 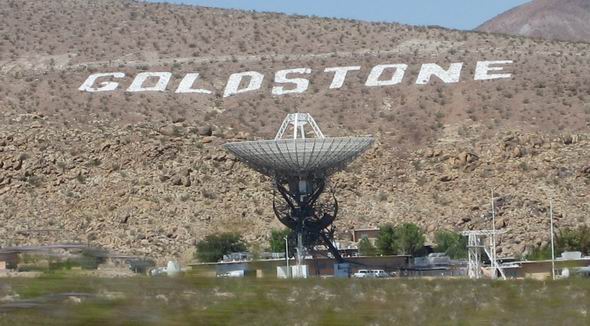 A few years ago, I had the opportunity to visit the Goldstone Deep Space Communications Complex in southern California.  Goldstone is one of three sites around the world (the others being in Madrid, Spain and Canberra, Australia) that receive and transmit data to spacecraft in deep space.  Three sites are needed to provide 24-hour coverage as the Earth rotates.  Goldstone’s history dates to 1958, when it was commissioned to receive data from Explorer 1, NASA’s first satellite.  Today Goldstone communicates with 30 spacecraft, ranging from SOHO and Stereo A&B viewing the Sun to Voyager 1, nearly 18 billion kilometers (10 billion miles) from Earth. 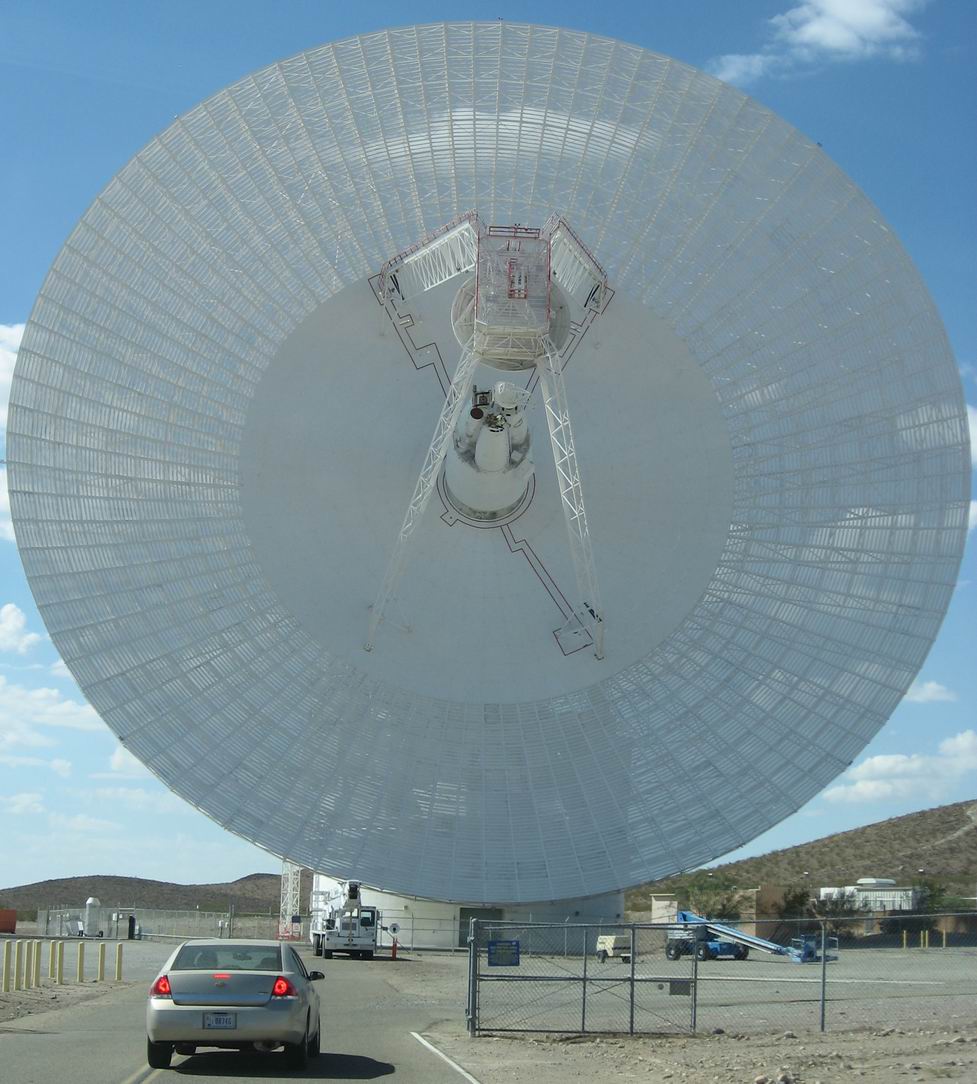 By far the most impressive of Goldstone’s 10 active antennas is DSS-14, the 70-m dish, also known historically as “Mars Station”.  DSS-14 is 24 stories high and weighs 7.2 million kilograms (16 million pounds), yet the rotation portion, which weighs 4 million kg (8.4 million pounds) floats on a nearly invisible film of hydraulic oil only 0.25 mm (0.01 inches) thick – about the thickness of a piece of paper.  In addition to being sensitive enough to receive a signal of only 1 billionth of 1 billionth of a watt, DSS-14 can also transmit up to 500 KW, enough to bounce RADAR signals off distant objects and upload commands to far-away spacecraft.  In fact, while I was there, DSS-14 was in the middle of uploading new software to the New Horizons spacecraft.

To coordinate reception among the three sites and with such distance spacecraft, tremendous time accuracy is required.  The DSS-14 operations center has six on-site atomic clocks (with three different technologies) plus a GPS receiver.  Even the precise length of the fiber optic cable between the antenna and the operations center, which grows and shrinks with the outside air temperature, makes a difference.  To compensate for this, they have an internal reel of cable in a temperature controlled environment, and they carefully make it grow and shrink to cancel out the effects of the outside temperature changes. 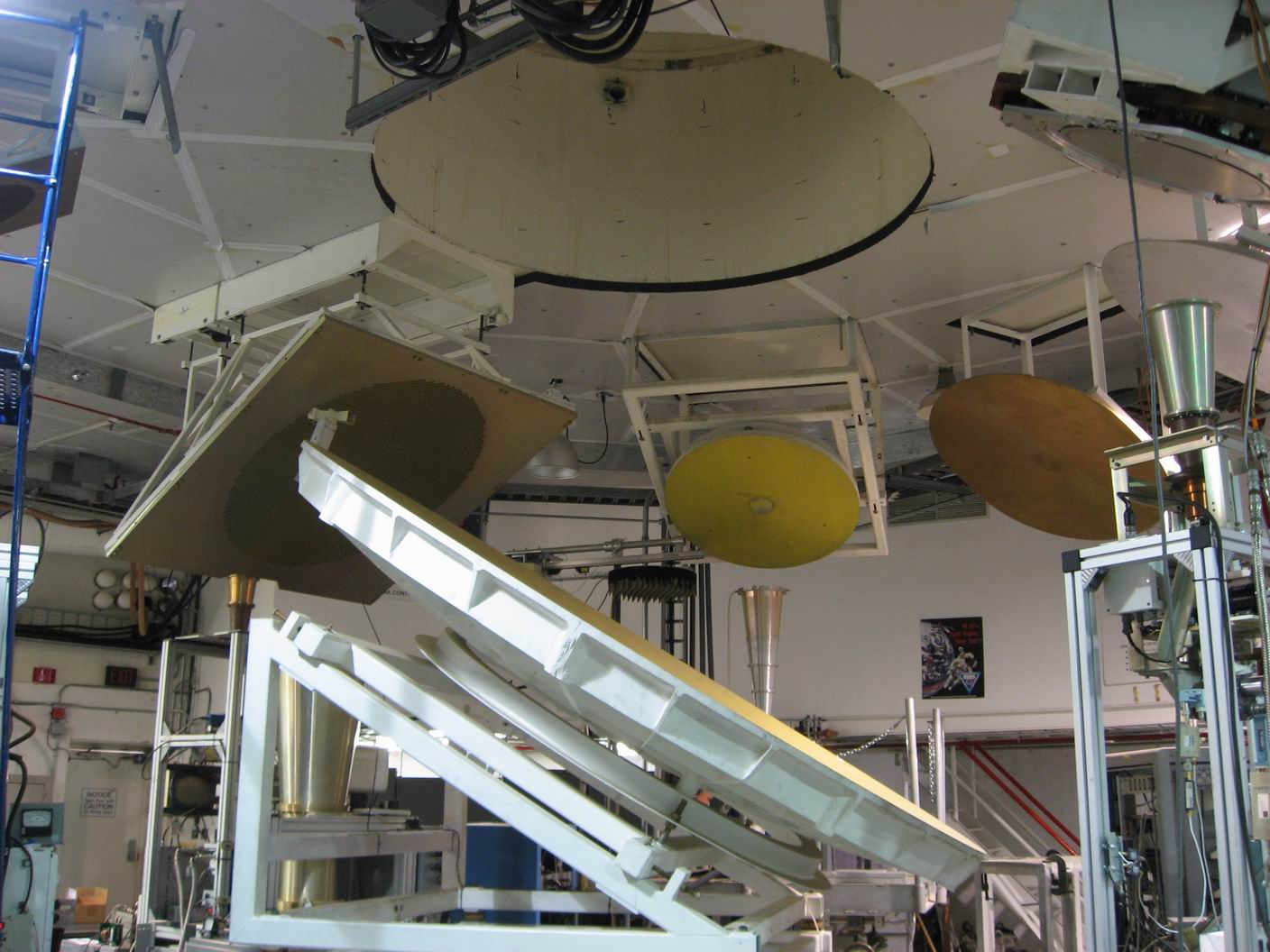 In addition to deep space communications, Goldstone also does basic research on antenna technology.  The “Venus Status” antenna, originally named to commemorate the first detection of Venus by RADAR reflection at Goldstone, is used for these experiments.  The picture was taken inside the antenna.  Radio waves come down from the dish through the large hole in the ceiling and are reflected off the large metal mirror at the bottom.  Depending on the orientation of the mirror, the signals are directed to one of the several detectors placed around the hole near the ceiling. 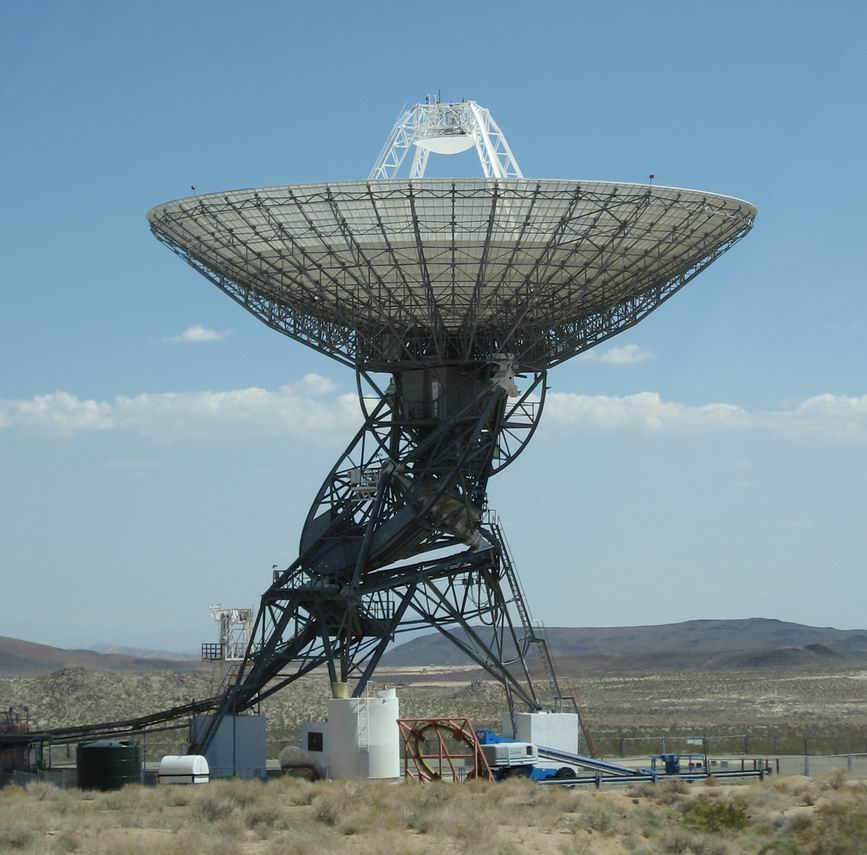 Finally, Goldstone is involved in education.  The Lewis Center for Educational Research uses the 34-m Goldstone Apple Valley Radio Telescope, until recently an active part of the Deep Space Network, to allow K-12 students to learn to operate a radio telescope from their classroom.  Hundreds of schools and thousands of students take advantage of this program every year.

Tours of Goldstone are available to the general public.  If you ever happen to be in the Mojave Desert, be sure to look them up!  It’s a fascinating place.

Rob French is a Research Assistant at the Carl Sagan Center for the Study of Life in the Universe at the SETI Institute. He studies the rings and moons of the outer planets. His favorite ring is the F ring of Saturn and his favorite moon is Cupid (a small inner satellite of Uranus).