The International Space Orchestra is in space 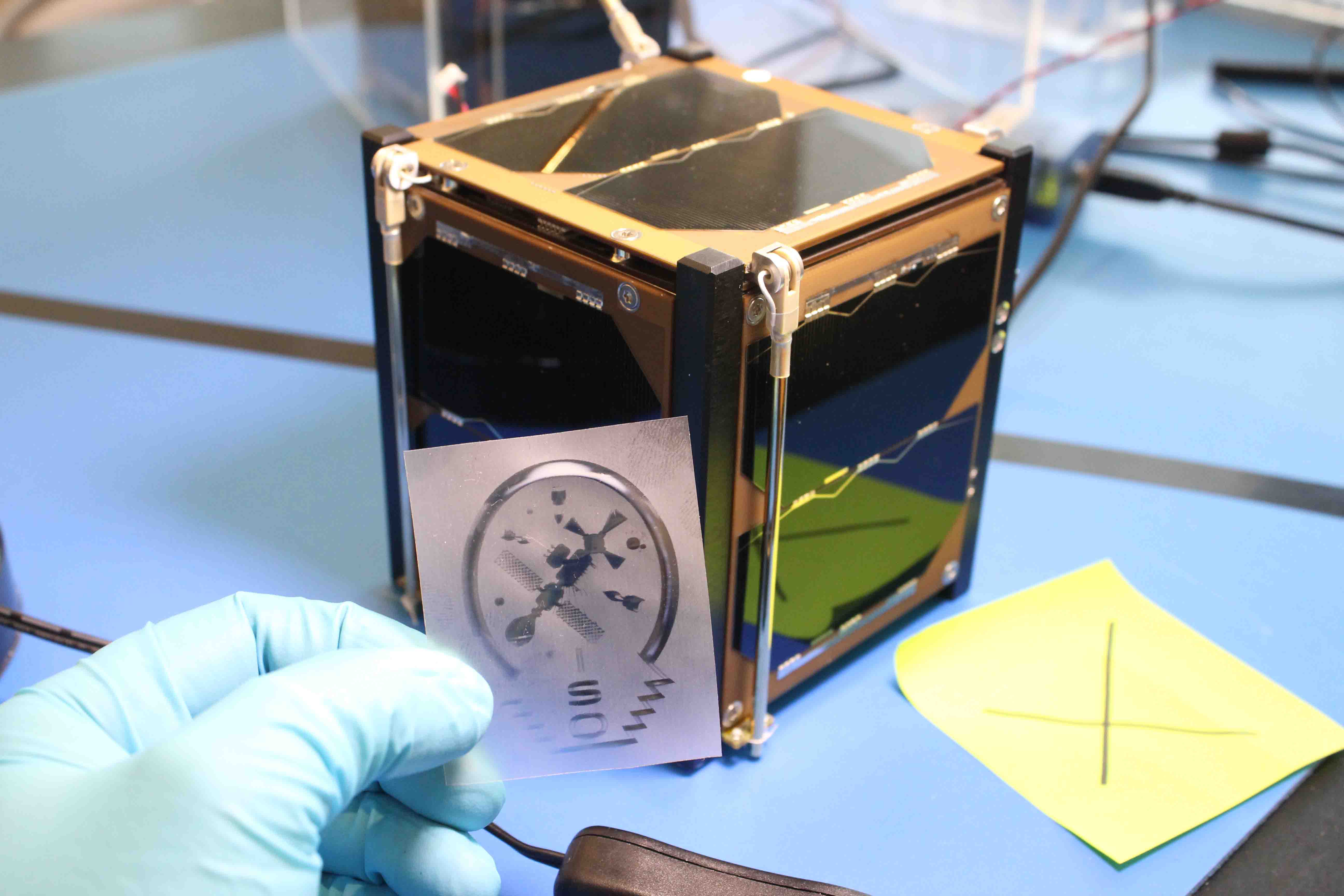 I am delighted to announce that The International Space Orchestra (ISO) recordings from Skywalker ranch, George Lucas’ studio was launched in space on 4th August on board of two ArduSat (satellites for which NanoSatisfi is the parent company). The lift off took place in Japan.

Watch the launch of the rocket on this video.

Detail of the ‘space’ concert:

2_THE BRAVEST MAN IN THE UNIVERSE BY BOBBY WOMACK PERFORMED BY THE INTERNATIONAL SPACE ORCHESTRA AND CHOIR The Bravest Man In The Universe Music and lyrics by Damon Albarn, Bobby Womack, Harold Payne and Richard Russell. Arranged by Mike Smith for the International Space Orchestra

3_SCENE 1: COMMUNICATIONS AND DATA DROPOUTS Written by LCROSS and LADEE Flight Director Rusty Hunt and Nelly Ben Hayoun based on the Apollo 11 transcripts.

8_SCENE 3: LOW FUEL AND LANDING Written by LCROSS and LADEE Flight Director Rusty Hunt and Nelly Ben Hayoun based on the Apollo 11 transcripts.

Here is a video of the International Space Orchestra performing in front of the world largest windtunnel in NASA Ames Research Center:  http://vimeo.com/57364457

NanoSatisfi democratizes access to space exploration, images and data by providing individuals access to a user-programmable in-orbit satellite for $250/ week. The perception is that space costs billions of dollars and is just for the military and governments, whereas in reality space can be affordable and open to individuals from students to adults. With the ArduSat, the company is providing unique educational opportunities using cutting-edge space technologies to drive economic competitiveness and inspire a brand new generation of Science, Technology, Engineering and Math (STEM) professionals.

In January 2013, the International Space Orchestra feature film had its world premiere at the prestigious Rotterdam International Film Festival and then started a world tour. ISO extends the notion of the `outreach’ in terms of scope, scale, and methods of engagement towards architecture, installations, environments, social system, performances, experiences and narratives, as events.

In May 2013, the International Space Orchestra performed at the Davies Symphony Hall in San Francisco in front of 2,700 people with singer Beck. They received a standing ovation for their unique performance.

As well as being an unconventional public space outreach event, ISO also acts as an experiential and hybrid interdisciplinary research environment in which space scientists and engineers are invited to implement, deconstruct, perform, sing, mix, modify, and design musical acts in control rooms and scientifically build environment, acting as a provocation to imagine and disrupt human relationships with science and technology and the way in which they can relate to our creative needs.

NOTE: The ISS launching of the satellites will not be immediate after the rocket launch. It depends on the ISS schedule and may not be for a couple of months. The broadcast will be radio waves / morse code. (Time and dates to be confirmed).

Teaser of the International Space Orchestra feature Documentary which did its world premiere at the prestigious International Film Festival in Rotterdam where it was acclaimed by the critique as a “masterpiece” (ICO), a ‘real achievement’ (DOMUS), “as thrilling as watching a rocket launch” and “Spine Tingling” (Guardian).

Nelly Ben Hayoun has been called the “Willy Wonka of design and science” and she is on a mission to bring chaos, subversion and disorder into the design and the scientific world. An award-winning director and experience designer she works with leading scientists and engineers, to devise subversive events and experiences. Her interminable energy and powers of persuasion has brought together space scientists and leading musicians and authors like Beck, Bobby Womack, Damon Albarn, Maywa Denki, Bruce Sterling and Penguin Café in a musical collaboration that is taking music into space. Due to blast off from a Japanese launch pad in August 2013 and her most ambitious project to date; she conceived, assembled and directed the International Space Orchestra (ISO) - the world first orchestra of space scientists from NASA Ames Research Center, Singularity University, International Space University and the SETI Institute. Her other experiential projects include a collaboration with cosmonaut Jean Pierre Haignere on an armchair that simulates the 3-stage launch of a Russian Soyuz rocket. She has recreated Dark Energy in her kitchen sink with particle physicists at CERN, the Large Hadron Collider and the pyroclastic eruption of the mount St Helen on people’s couch. Her most recent endeavour is to re-imagine and fabricate the sound of Neil Armstrong’s boots on the moon. Exhibitor, and keynote speaker; she has worked with leading museums and design centres across the world, including the Victoria & Albert Museum in London, Design Indaba in Cape Town and the inaugural Beijing International Design Triennial. Ben Hayoun’s feature documentary: The International Space Orchestra, premiered at the International Film Festival in Rotterdam where it was acclaimed by the critique as a “masterpiece” (ICO), a ‘real achievement’ (DOMUS), “as thrilling as watching a rocket launch” and “Spine Tingling” (Guardian). It is starring real-life astronauts. The music was recorded in George Lucas’ studios, at Skywalker Sound. In 2013,Icon Magazine, nominated Ben Hayoun as one of the 50 international designers “shaping the future”. Ben Hayoun’s bold design practice brought her to investigate the empty lands of Chernobyl Exclusion Zone,or 100m below ground at the Large Hadron Collider, she also collided atoms at SLAC, got stuck in a Soyuz rocket capsule in Baikonur Cosmodrome, and experienced a sonic Booum in the neutrino Observatory Super K in Japan. In addition to Ben Hayoun’s role as the director of the ISO at NASA Ames Research Center, she is the Designer of Experiences at the SETI Institute, California, an academic at world leading institutions including the Architectural Association School of Architecture where she is a Visiting Professor (as part of the Unknown Fields Division), Central Saint Martins and the Royal College of Art. She is also a researcher in Human Geography at Royal Holloway, University of London, and in her spare time is training to be an astronaut. See more on www.nellyben.com