Dunes in a row 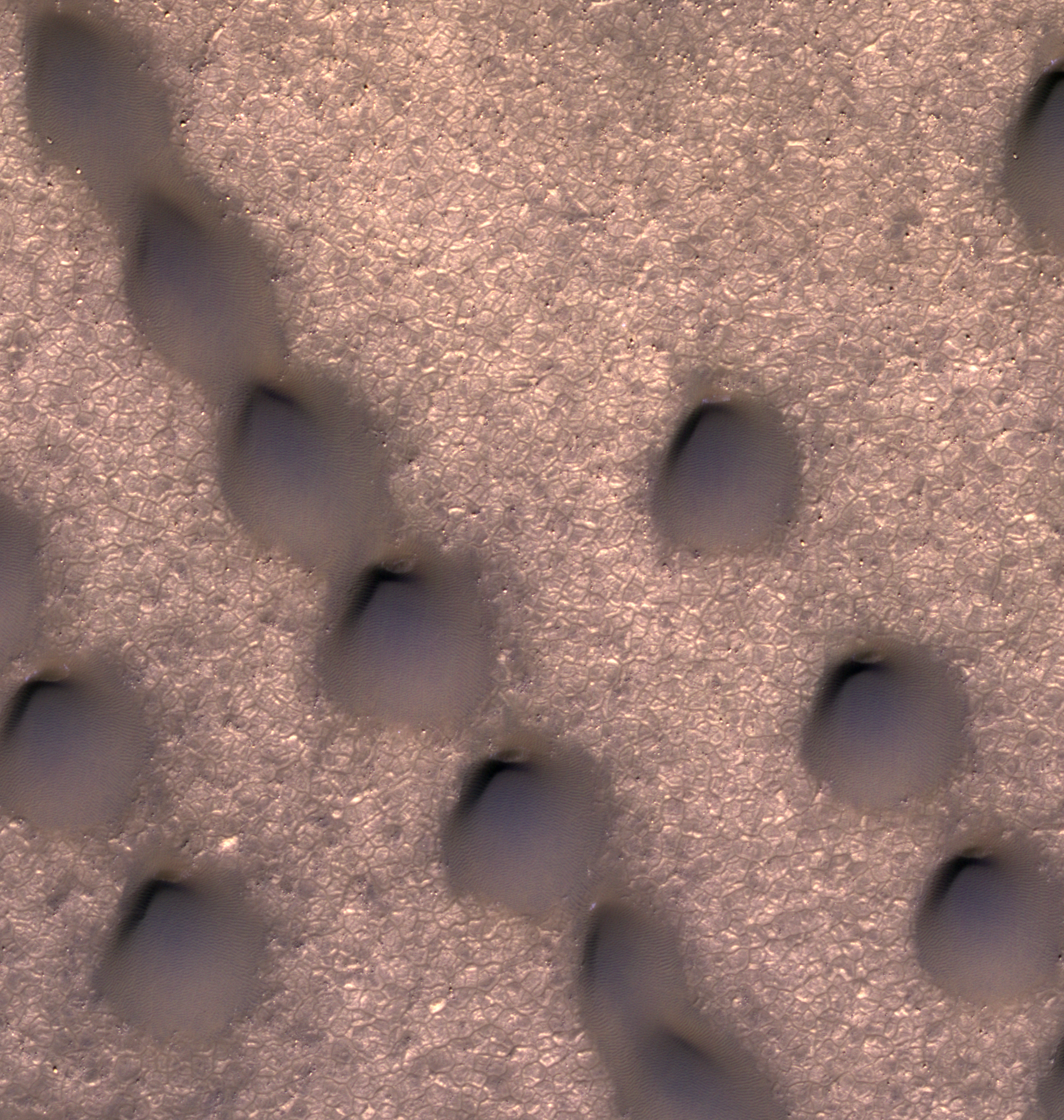 A Piece of Mars: Look at the alignment of the ~100 m dunes in this 713×750 m (0.44×0.47 mi) scene. How do dunes form in such straight lines? And why don’t they always do that? It’s likely that these dunes were once long ridges stretching from the lower right to upper left. The shape of the slip faces suggests they’re formed from two winds that blow from similar directions, both of which push sand toward the upper left. To stay stable, this sort of dune needs a constant influx of sand from upwind (from the lower right), but if that flow of incoming sand lessened, then a long dune would be forced to break up into a series of smaller dunes. That may be what’s happened here. Check out the whole image, and you’ll see other long ridges that haven’t yet broke up into smaller dunes. (HiRISE ESP_052798_2565, NASA/JPL/Univ. of Arizona)