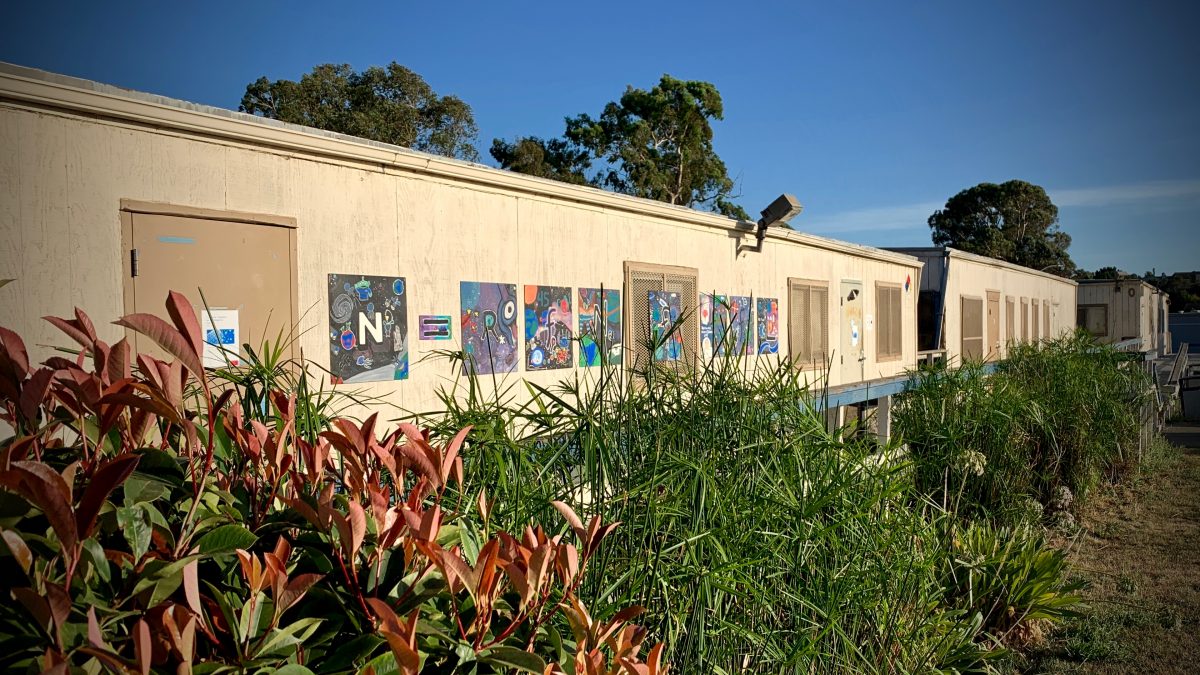 How well do you remember your first high school physics class? The only thing I recall was dropping an egg off of some bleachers and trying to make a device that protected that egg so that it would not crack. I also remember that there was some math involved and I think I might not have been too happy about that. Other than those memories, I cannot remember anything from that class! Sorry, Mr. Hanlon!

Science was not my favorite subject in high school. In fact, it wasn’t until my late 20s that I fell in love with science and changed careers. Before that I couldn’t have cared less about it, but that’s another story. This story is about how I molded art, research, dimensional analysis, and SETI (Search for Extraterrestrial Intelligence) into an engaging project in a high school physics class.

I’m not a big fan of the traditional because tradition hasn’t done me any good in life and definitely didn’t do me any good in high school. Therefore, I feel called to create experiences for my students that they will remember—experiences that would have excited me as a teenager. I feel that these experiences should not just teach them something, but also do the following:

Inspiration for the Project and the Drake Equation

The inspiration for this project came last summer during my first visit to the SETI Institute in Mountain View, CA to meet with my new PhD advisor, Franck Marchis. During this visit, I was drawn to the Drake equation artwork in the lobby’s entrance. I first learned about the Drake equation years ago when I went back to school for science and was immediately fascinated by the idea of SETI and the idea of looking for life elsewhere in the cosmos.

The Drake equation, created by Frank Drake, former director of the Carl Sagan Center at the SETI Institute, is not an equation in the traditional sense, but a way of organizing the focus of SETI researchers seeking an answer to N, which is the possible number of civilizations in our galaxy that could have detectable communication. There are seven factors in the equation that, when multiplied together, yield a probable answer for N. That value varies greatly depending on which researchers you talk to.

I wanted to begin this school year with a fun and engaging project that would also allow me to get to know my students and build a strong community for the year. The idea that I initially had after my visit to the SETI Institute was to have all my students paint a mural of the Drake equation on the exterior wall of my tenth-grade high school physics class at the MIT Academy in Vallejo, CA.

I discussed this idea with another science teacher at my school, Michael Wee, and he suggested I consider having them paint on separate wooden boards to make the mechanics of the whole project simpler, and also mobile. It turns out that the number of groups I have in each of my five physics classes equals the total number of letters in the Drake equation (eight) so I could have each group focus on one letter. Perfect!

Wee’s idea also made the project more interesting because it meant that I would have five different groups across each section working on the same board for each letter at different times. I believe obstacles should be turned into opportunities and this was a perfect one for some major creativity!

The Mechanics of my Drake Equation Mural Project

Teachers, this is your lesson plan if you want to try it out!

Here’s a rough outline of the project:

For step two above, I had students work individually to research the Drake equation as opposed to me attempting to tell them about it. I’m trying to make it a habit to have the students construct their own knowledge versus me trying to give it to them because I find that works much better!

Wait, something cool happened in the middle of their research time!

We used Zoom to have the following researchers videoconference with my physics classes: Pascal Lee, Franck Marchis, Douglas Caldwell, Margaret Race, and Dana Backman. This was very exciting for both me and my students. Many of my students told me that they had never experienced this, i.e. having a professional scientist videoconference their class.

Sharing research and art in a physics class?!

After the research was complete, each student shared their research slides on their Chromebooks using the round-robin teaching strategy. Next, they used whiteboards to brainstorm their designs and took pictures of their ideas to share with other sections via online collaboration tool, Padlet.

Students were told that the goal of each group’s design was to include what they had learned in their research, and to earn higher scores they needed to find a creative way to have their design connect with what other groups were designing. This type of non-linear thinking is exactly what makes the “A” in STEAM so important.

STEAM may be the substance rising under the collars of traditional educators reading this blog post, but it is also a progressive new initiative in science education. STEAM is the rebranded science education buzzword of STEM (science, technology, engineering, and mathematics), but with the addition of an “A” for the arts. So what place do the arts have in a physics class, or any science class for that matter?

Robert Root-Burnstein studied Nobel Prize winning scientific “geniuses” between the years 1902 and 2005 and found that they were proficient not only in the sciences, but also in the arts (Land 2013)! There has also been research suggesting that art can actually improve students’ ability to remember science concepts (Hardiman et al. 2019).

Research aside, I have personally seen positive results from using art in my classroom. Students engaged in this project not only had to paint a mural of each letter involved with the Drake equation, but also had to research the equation and their letter in depth, incorporating their learnings into their design.

I believe the very act of painting something you learned about creates a deeper and more intimate learning experience for a student. This can be seen by looking at the finished product, but was also achieved when I heard some of the presentations and realized that these students were talking more intelligently about the Drake equation than I or other professionals could!

The energy generated by students creating these boards was like nothing I had ever experienced in my classroom. Students were engaged and working in teams and across teams. They were running around the room mixing paint, checking in with what other groups were doing, having discussions with me and each other about the Drake equation, and most importantly they were having fun!

Here are the boards! 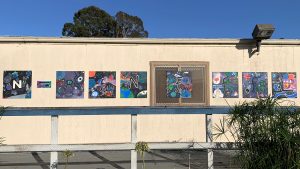 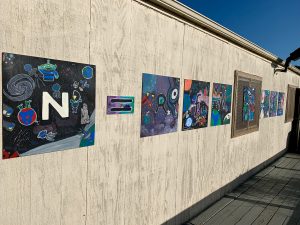 N: the number of civilizations in our galaxy with which communication is possible 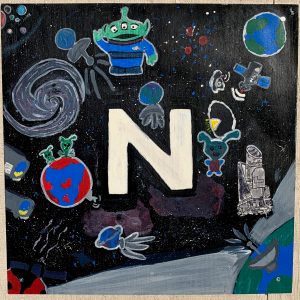 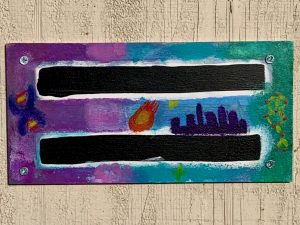 R*: formation rate of stars suitable for the development of life 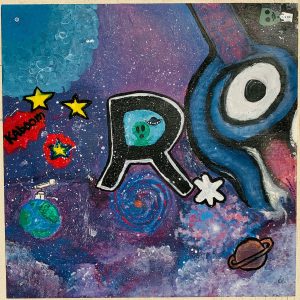 fp: the fraction of those stars with planetary systems 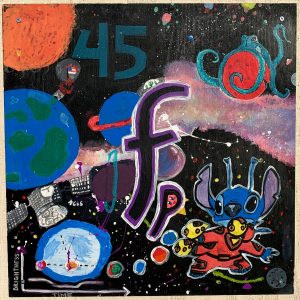 ne: the number of planets in those systems that have an environment suitable for life as we know it 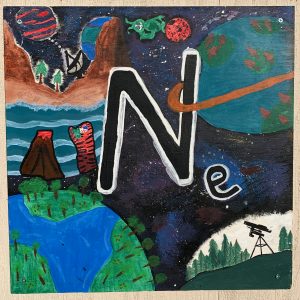 fl: the fraction of those planets that develop life 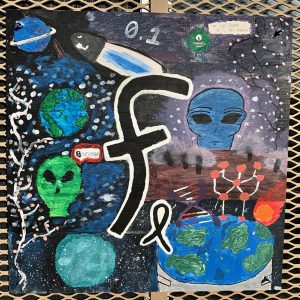 fi: the fraction of those planets with intelligent life 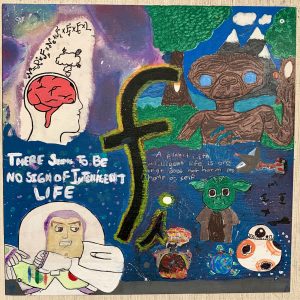 fc: the fraction of planets with intelligence that create a technology that releases signs of their existence into space 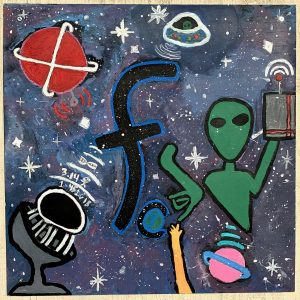 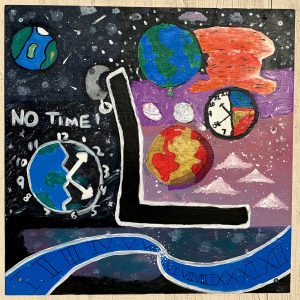 Next steps and concluding thoughts

I ended up calling the unit that did this project Creativity in Science. Besides the Drake equation mural project, we also discussed why creativity in science is important—e.g. how Einstein’s creative way of thinking about space and time revolutionized physics, how Richard Feynman developed his Nobel Prize-winning idea of quantum dynamics after looking at a spinning plate during lunch in a cafeteria at Cornell, or how NASA engineers used creativity to save the lives of the Apollo 13 astronauts by “fitting a square scrubber into a round hole.”

In addition to these discussions and others on neuroscience and a growth mindset, we also had a lot of fun discussing the idea of finding aliens and painting a class mural. In our current unit, Science, Skepticism, and Measurement, students are learning dimensional-analysis skills and will soon apply them to develop their very own estimates for the Drake equation.

The mural will live on the outside of my physics classroom for the rest of this academic year as a stamp of the community we built inside. That stamp includes creative ideas and expression, cultural backgrounds, questions about the universe, imagination, and wonder. We will return to the Drake equation again in unit The Universe Lab: Electromagnetic Waves, when I hope to have my students use some remote telescopes to conduct their own search for communicating civilizations in our galaxy.

Maybe my students and I will solve the Drake equation. Maybe we’ll contribute to it in some way. We’re unlikely to contribute any meaningful data, but maybe later one, or a few, of my students will be among the first to make one of the most important discoveries in history—finding an answer to the question of whether or not we are alone in the cosmos.

Maybe, instead of dropping eggs the way I did when I was their age, another few will look up at a star at night later in life and remember this project and think about the possibility of life around one of those stars. Maybe this inspiration will influence them to write a hit song, a blockbuster movie, or solve world conflict because, hey we’ll all on this pale blue dot together.

Regardless of what happens in the future, we tried something new, had some fun, learned about some interesting concepts, got to talk with some of the top scientists at the renowned SETI Institute, learned how to use an equation with more variables than any other physics class usually has, and did all that while making some really cool-looking art!

I’m very proud of what my students accomplished in this project and I’m proud of myself for taking the risk of trying something new. Please take risks too. There are so many great ideas in your head, if you just let them out and share the galaxy will be a better place for us all, even if we’re the only ones in it. 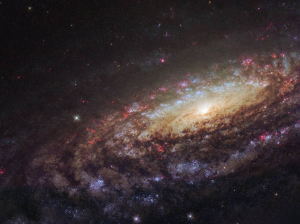 Cox, J How to Use the Round Robin Discussion Teaching Strategies, TeachHUB.com, viewed 15 September 2019, <https://www.teachhub.com/how-use-round-robin-discussion-teaching-strategies>.

About the Author:
You can read more about the author and explore his work on his personal website, www.danielopeluso.com. You can also follow him on Twitter @astropartydan. 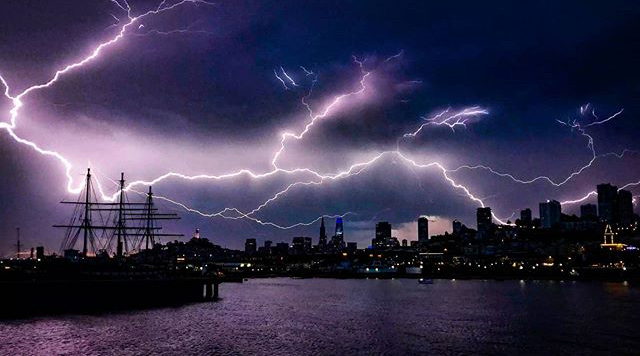 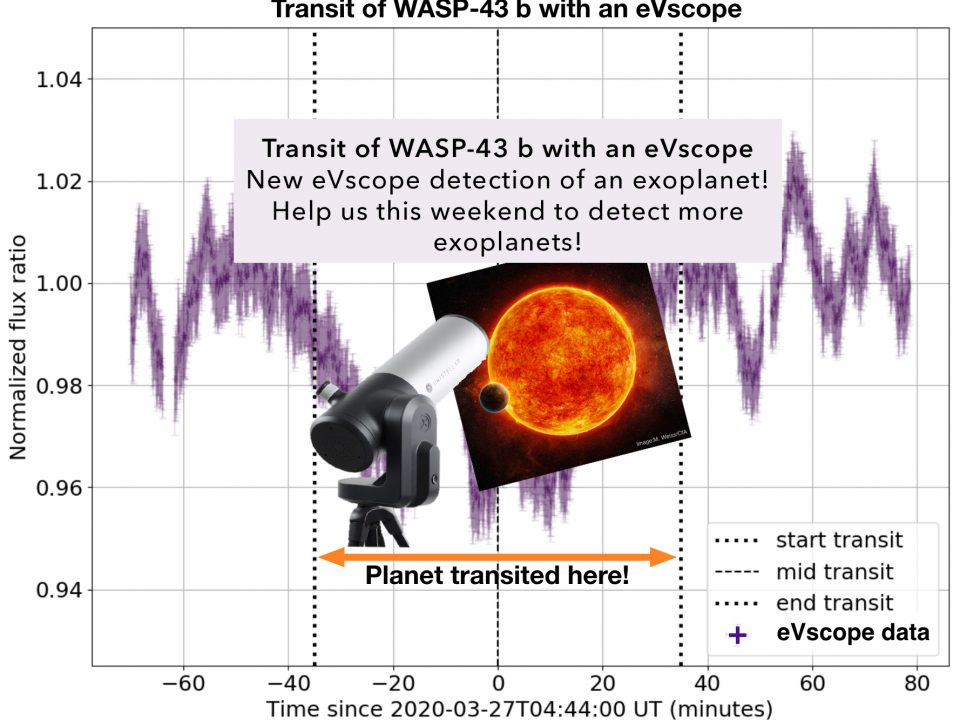 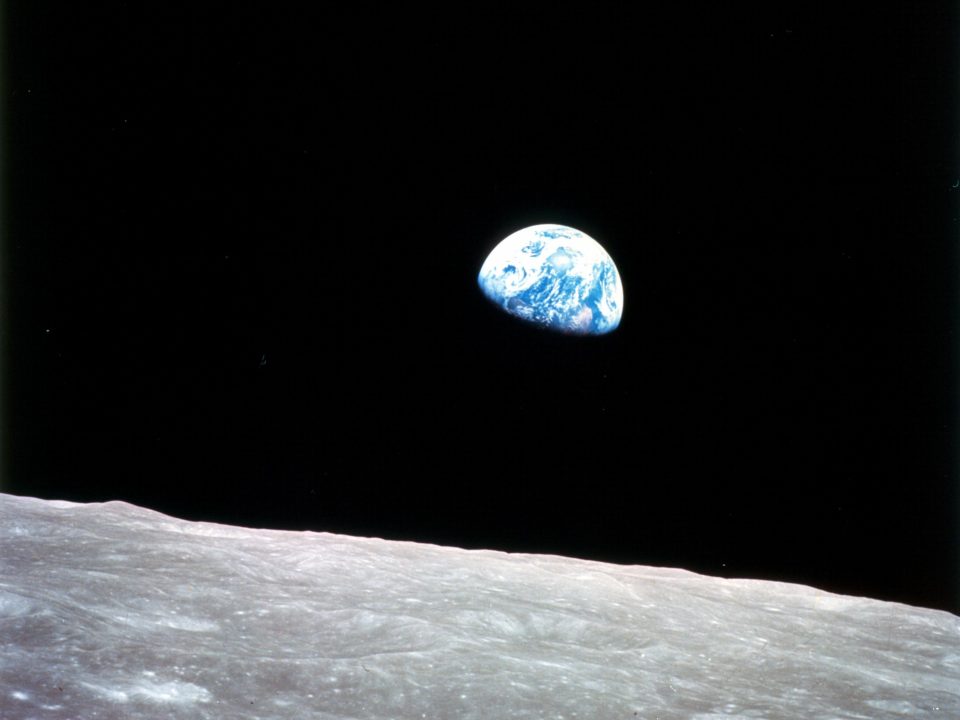